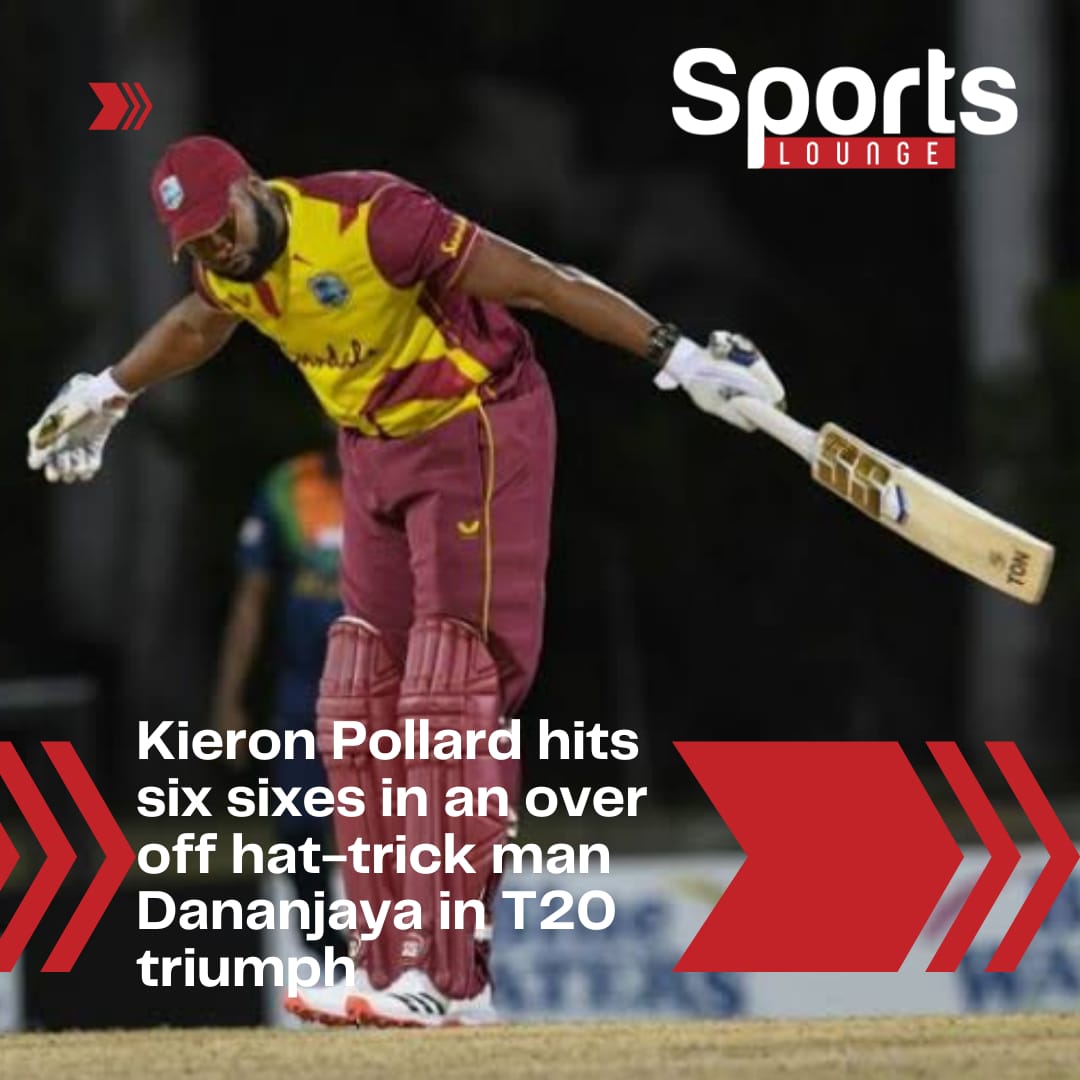 Antigua: West Indies captain Kieron Pollard on Wednesday became only the third man to hit six sixes in an international over in his team’s four-wicket Twenty20 victory over Sri Lanka.

The Windies had started their run chase of just 132 in furious fashion, and when Evin Lewis pulled for four to bring up an opening stand of 52 in just 19 balls, they looked on track for a big win.

The feat came in the sixth over of a bizarre West Indies innings, bowled by off-spinner Akila Dananjaya who moments earlier in his previous over had been celebrating taking a hat-trick.

Pollard followed in the footsteps of South Africa’s Herschelle Gibbs against the Netherlands in the 2007 World Cup and India’s Yuvraj Singh, who also achieved the feat in the 2007 Twenty20 World Cup against England.

Pollard, who calmly saw off his first delivery for a single, and was two off four balls before he faced up to Dananjaya’s third over.

You will never have a better Mastercard Priceless Moment than this one! 👌🏾 @KieronPollard55 became the 1st West Indian to hit 6 sixes in a T20I over!#WIvSL #MastercardPricelessMoment #MenInMaroon pic.twitter.com/YOGItXOY8H

The next six balls disappeared over the fence between long-off and deep midwicket with a succession of slog-sweeps and front-foot drives, ending with Pollard making a sweeping bow to the crowd.

“We had played a couple of games here in the Super50 and I understand how the wicket plays when the ball is hard,” Pollard said post-match.

“Only two guys were out, so I just come out and back myself to clear the boundaries rather than just prod and prod and prod. It was something the team needed.”

“In that brief time (before the sixth delivery) a couple things went through my head; do I survive the rest of the over because I’ve already gotten 30 or do I just continue.

“I know I had the bowler on the back foot and he went around the wicket, it would have been difficult for him to bowl the ball anywhere in front of me.

“I just said, ‘You know what Polly, take your chances’.

“It came off tonight. It was a bizarre game.”