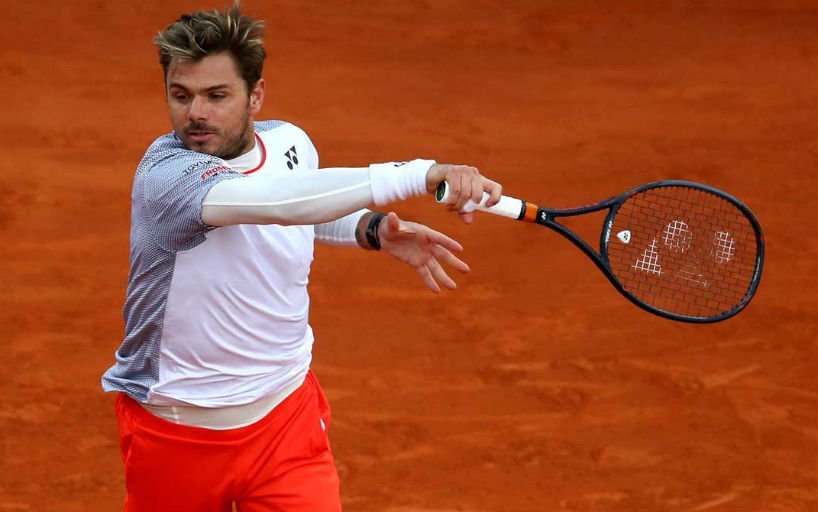 Monte Carlo: Former World No. 3 and 2014 champion Stan Wawrinka recovered from a slow start to defeat Lucas Pouille 7-5, 6-3 on Sunday and advance to the second round of the Rolex Monte-Carlo Masters.

On the verge of dropping the first set at 3-5, Wawrinka found his best level to claim seven straight games and establish a commanding 7-5, 3-0 lead, reports atptour.com.

After failing to capitalise on his first two match points, Wawrinka converted his third opportunity with a well-placed forehand volley.

“The beginning was a bit tough, I was hesitating, I was a bit slow, I was nervous and I was looking a little bit for the conditions,” said Wawrinka.

“He took advantage, he broke me directly and then I started to play a little bit better. I started to know a bit more what I had to do.

“I broke back, he did one mistake and I did one good point and then suddenly the match turned. He felt under pressure, I started to play a bit better, more aggressive and I am happy with the win.”

The 34-year-old Swiss will be hoping to find his best form in the Principality after a second-round loss to Filip Krajinovic at the Miami Open presented by Itau.

Wawrinka will meet Marco Cecchinato or Damir Dzumhur for a place in the third round.

The World No. 36 has reached the quarter-finals or better in Monaco on five occasions.

Nadal is favourite on any clay court, says Djokovic