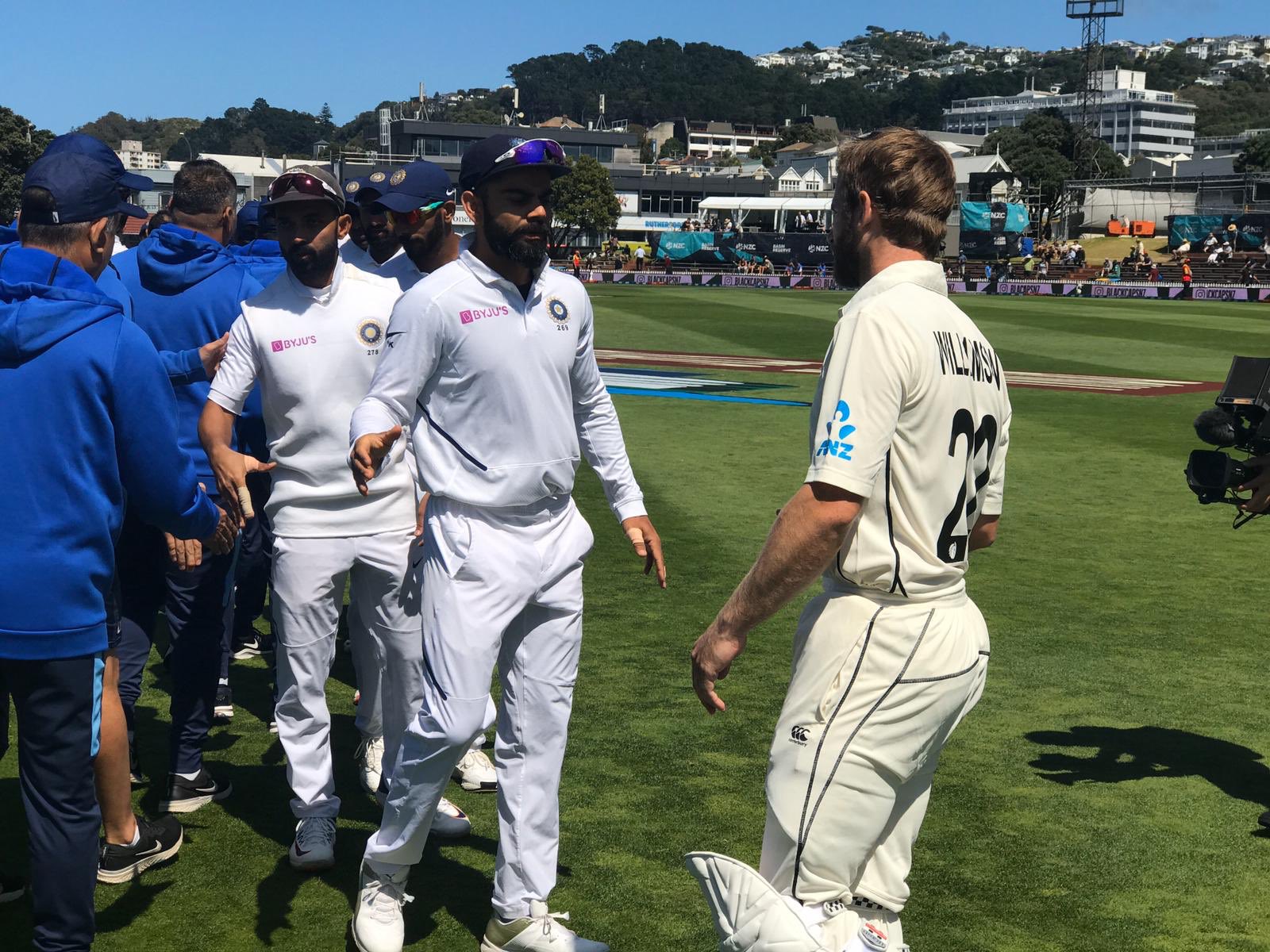 Mumbai: Captain Virat Kohli on Tuesday dismissed views that New Zealand would have advantage over India in the World Test Championship (WTC) final, saying that his team was not bothered by lack of Test match practice which their opponents would get in the two-Test series against host England.

The WTC final will be played from June 18-22 in Southampton.

“In the past, we have landed in places three days prior in proper schedule and have had a hell of a series. It is all in the head. It is not the first time we are playing in England. We all know what the conditions are like. We don’t have any issues with even if we have four practice sessions heading into the game,” he said.

The Indian squad, which departs for England early on Thursday morning, will also play a five-Test series against England in August-September, after the WTC final. Prior to the WTC final they will do quarantine with no match practice.

💬💬 #TeamIndia Head Coach @RaviShastriOfc on whether the ICC World Test Championship Final is like playing the World Cup Final. pic.twitter.com/hAp0yCUqeO

Kohli said it is important to take field in the right frame of mind and not be worried by conditions or experience.

“Even if you are used to conditions but don’t enter the field in right frame of mind, you are going to nick that first ball and find it tough to take wickets. We are absolutely sure what we can do as a team and we all have played in England before this as well. Everyone has had experience of playing in England,” he said.

Asked if the conditions will benefit New Zealand, where there is swing and seam and where India lost a Test series 0-2 in 2020, Kohli said the squad is boarding the flight knowing it is on equal terms with the Kiwis.

“Conditions are as potent for New Zealand as they are for us. Australian conditions should have favoured Australia but we beat them twice in two series. It is how you look at the situation,” he said.

“If you want us to board the flight from here feeling that New Zealand have the edge then there is no point in taking that flight. We are going to board that flight knowing that we are on equal terms and whichever team performs well session by session and hour by hour will win the Test,” he added.

Kohli said he wants to enjoy the WTC final and not take any pressure of past losses in crunch games of ICC tournaments in England.

“We don’t want to take pressure. If we start thinking about it (the losses in 2017 Champions Trophy final at The Oval and 2019 World Cup semi-final at Old Trafford), we won’t be able to perform. We want to enjoy the final without any pressure.”

Ideally WTC final should be best of three, says Shastri