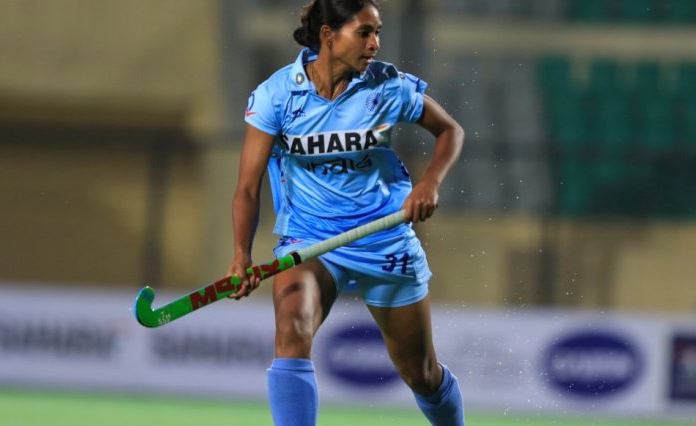 Bengaluru: Indian women’s hockey team midfielder Lilima Minz has been one of the key members of the national side in the last few years. With over 150 international caps under her belt, Minz’s rich streak of experience will be a huge advantage for the Indian team at the Olympics next year.

The team has improved leaps and bounds since Minz made her debut in 2013. The national side has competed terrifically against the top sides in the world in the last few years and the Indian team players have developed a belief that they can go on to make history in Tokyo.

“We certainly have the talent to win a medal in Tokyo. Our team has seen a steady rise since I first joined the team in 2013. I think earlier, we lacked belief in ourselves, but now, we are ready to compete against any top side in the world,” said Lilima.

The 26-year-old first started off as a forward and then later moved to become a midfielder. Minz explained the reason behind the move from being in the forward line to the midfield region.

“When I had first started playing hockey, we played in a system where we had five forwards in a team and I played as one of the wingers. Later our coach decided to move me to the midfield region because I had the stamina and endurance to go up and down constantly.

“It has been very interesting to be a midfielder because we support the forwards and defenders during matches. If we are attacking then we try to push the ball forward as much as possible and if our opponents have the momentum then we lend our support to the defenders accordingly,” said the hockey player from Odisha.

When asked about how she started her journey in hockey, the midfielder expressed that going for the Rourkela Panposh Sports Hostel trials changed her life.

“When I was in school, the Rourkela Panposh Sports Hostel had held trials for hockey players. Those who knew about the trials, they went for it, but since I didn’t know about the trials, I was on my way out of my school,” said Minz.

“When I was leaving, the coach who had come to conduct the trials called me and asked me to join the selection process. I took part in the trials and got selected to practice at the Rourkela Panposh Sports Hostel.

“After learning the techniques at the hostel and practicing there for five-six years, I eventually made to the junior national camp in 2011. Therefore, going for the Rourkela Panposh Sports Hostel trials changed my life,” she added.