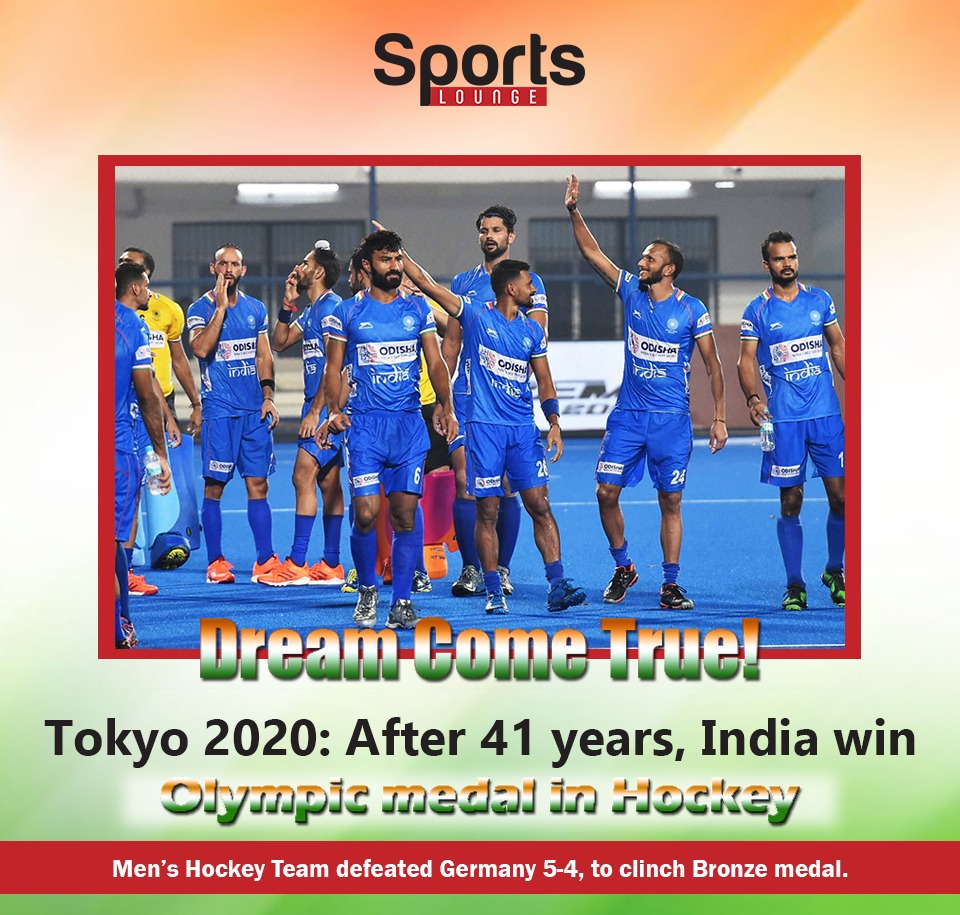 Tokyo: Overwhelmed by emotion after leading India to its first Olympic hockey medal in 41 years, skipper Manpreet Singh on Thursday dedicated the historic triumph to the country’s doctors and healthcare workers, who have worked tirelessly to save lives during the COVID-19 pandemic.

The 29-year-old from Jalandhar was “speechless” following the epoch-making 5-4 victory over Germany that gave India their 12th hockey medal in the Olympics but one that came after over four decades.

The last time India stood on the podium was at the 1980 Moscow Games where they won gold.

The country has eight gold medals in all the Games.

“I don’t know what to say right now, it was fantastic. The effort, the game, we were 3-1 down. I think we deserve this medal. We have worked so hard, the last 15 months were difficult for us also, we were in Bangalore and some of us got COVID also,” Manpreet recalled.

“We would like to dedicate this medal to doctors and frontline health workers who have saved so many lives in India,” he said.

A relentless Germany tested every bit of the resolve that the Indian hockey team had and Manpreet acknowledged the grit of the opposition.

“It was difficult, they got a penalty corner in the last six seconds. We thought we have got to save it with our lives. It is really hard. I am speechless right now,” said the skipper, who seemed overcome by emotion.

India had endured a 2-5 loss to Belgium in the semifinals, which put paid to their hopes of a gold at the Games.

Manpreet said coach Graham Reid shook the players out of the disappointment by telling them to stay focussed on the playoff game.

“We didn’t give up. We kept fighting back. It’s a great feeling, the best feeling. We came here for the gold, we won bronze, it is still a great thing. It’s a great moment for all hockey fans,” he said.

“It’s just a start here, it hasn’t finished (with this bronze),” he added.

Drag-flicker Rupinder Pal Singh, who was one among the five scorers on the day, could not hold back tears while talking to the media and said it is just the start of great things in Indian hockey.

“People were forgetting hockey in India. They loved hockey, but they stopped hoping that we can win. But we won today. They can expect more from us in the future. Keep believing in us,” he said.