We knew that it wasn’t going to be enough, says Rohit Sharma after 4th consecutive defeat 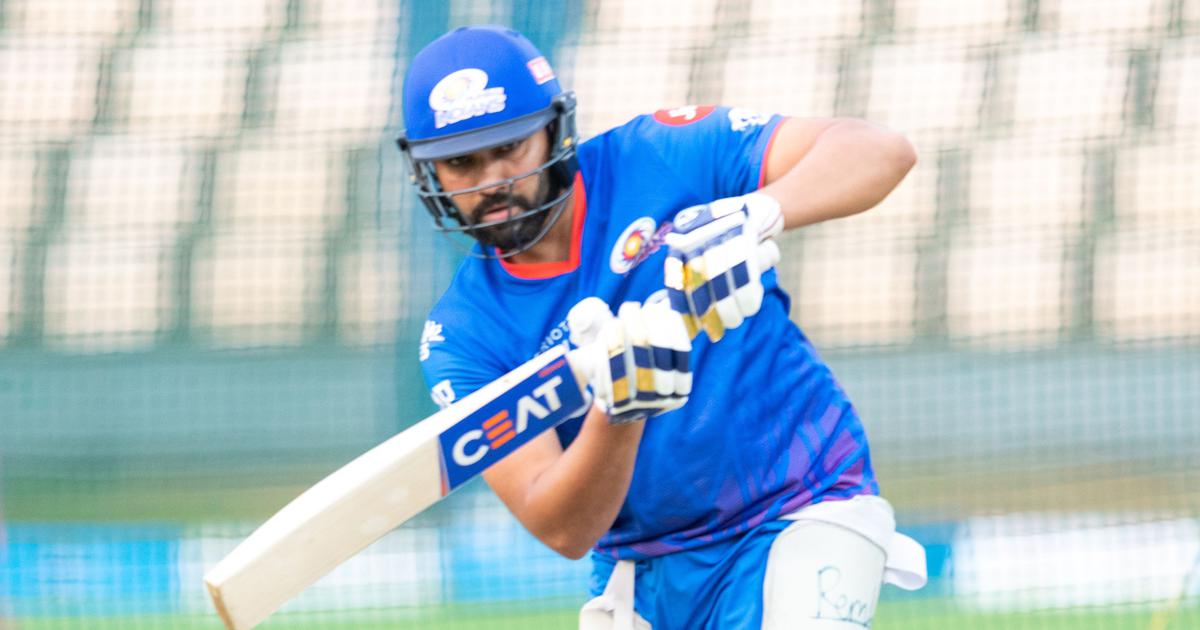 After facing the fourth consecutive defeat in the IPL 2022, Mumbai Indians skipper Rohit Sharma said that they knew scoring 150 wasn’t enough and he praised Suryakumar Yadav for his sensible knock.

“(Two overseas players) Just the combination that we felt would be ideal on certain pitches and certain opposition. We wanted to strengthen our batting, unfortunately, we had few overseas guys who were unavailable, so we wanted to get the best from whatever we had. Just got 26, I wanted to bat as long as possible, but unfortunately, I got out at the wrong time,” said Sharma in a post-match presentation.

However, Rayudu looked scratchy in his 27-run stay in as many deliveries and Moeen (48), who seemed to be timing the ball relatively well, also succumbed to bowling change involving Aiden Markram. The innings did not progress significantly as quick dismissals of Shivam Dube (3) and Mahendra Singh Dhoni (3) followed.

Ravindra Jadeja tonked a few towards the end to score 23 off 15 in an attempt to give CSK a big finish before he holed out to Bhuvneshwar Kumar in the final over.

Washington Sundar and T Natarajan, who bagged two wickets apiece, were the pick the pick of the bowlers in the SRH camp and were aided by Markram, Bhuvneshwar and Marco Jansen with a wicket to contribute for each.

Hyderabad’s bowling effort proved to be enough as they put the brakes on the CSK innings at 154/7.

“We were hitting that partnership, we just got off to a 50-run partnership, got out at the wrong time, that is something that’s hurting us a little bit. Definitely not a 150 pitch, Surya showed us if you bat sensibly, you can get more than what you got. Lot of credit to Surya at least to get us to 150, but we knew that it wasn’t going to be enough. We took our chances with the ball but they batted quite sensibly,” he added.

RCB opener Anuj Rawat smashed 66 runs off 47 balls while former skipper Virat Kohli played a knock of 48 as they chased down the target of 152 with nine balls left. Earlier, RCB bowlers restricted five-time champions MI to 151/6. This is Mumbai Indians’ fourth successive loss in the Indian Premier League 2022.
“Get more sports news, cricket news and football updates, log on to sportslounge.co.in. Follow us on Facebook or Twitter and Subscribe to YouTube Channel.”
Related Topics:Anuj RawatIndian Premier LeagueMumbai IndiansRohit SharmaRoyal Challengers BangaloreSuryakumar YadavVirat Kohli
Up Next