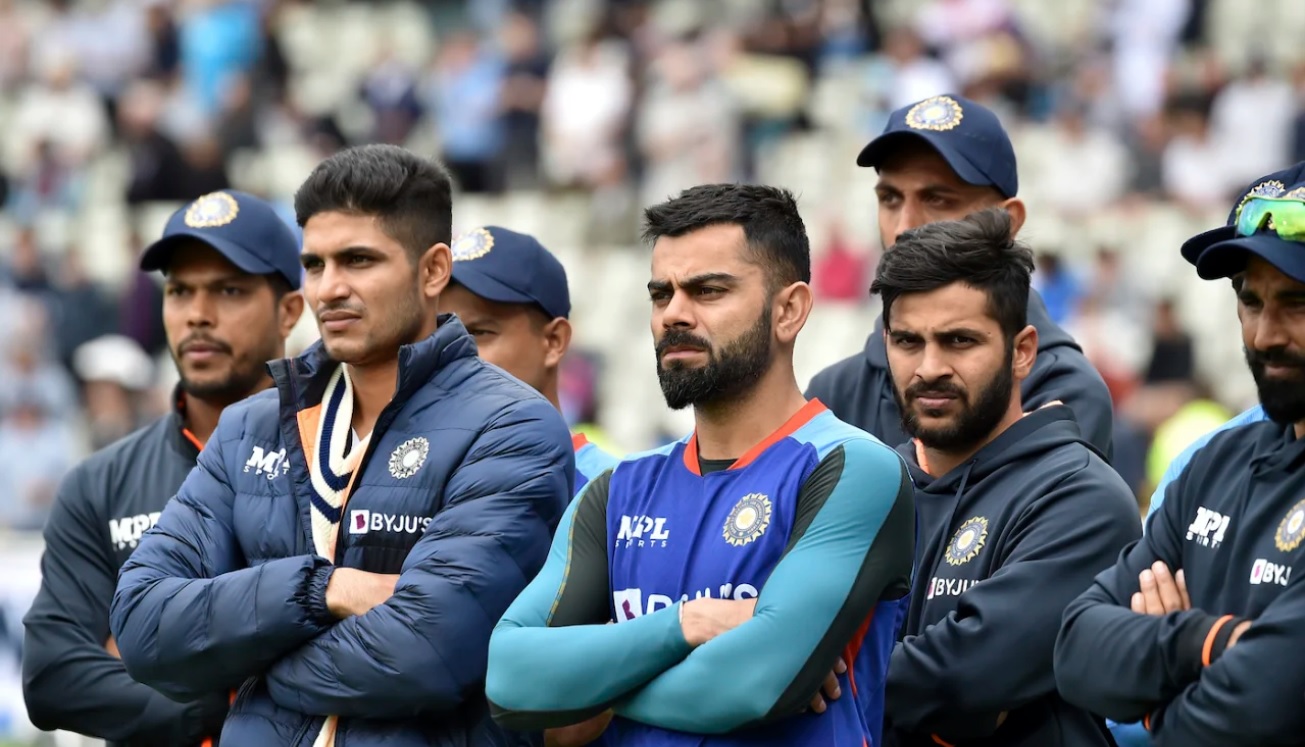 Birmingham: India stand-in captain Jasprit Bumrah on Tuesday attributed his side’s defeat to England in the rescheduled fifth Test here to the batting failure in the second innings, saying they let the match slip away from their hands after dominating major part of it.

Making a habit of breaking records 🔥

England overhauled the 378-run target in the morning session of the fifth and final day with Root and Bairstow remaining unbeaten on 142 and 114 respectively.

“That’s the beauty of Test cricket, even if you have three good days. We fell short with the bat yesterday and that is where we let the opposition in to let the match slip away from us,” Bumrah said at the post-match presentation ceremony.

“Ifs and buts can always be there. If you go back, if there was no rain in the first match, we could have won the series. But England played really well.”

England’s win meant that the five-match Test series, which spilled over to this year due to COVID-19 cases in the Indian camp last year, ended in 2-2 draw.

“We have drawn the series and both teams played very good cricket and it was a fair result,” Bumrah said.

Bumrah said he thoroughly enjoyed the captaincy responsibility and it was a pleasure to lead the national team.

“The captaincy is not what I decide. I like responsibility. It was a good challenge, a new challenge. It was an honour to lead the team and a great experience.”

England skipper Ben Stokes said his team was trying to rewrite the way Test cricket is being played in the country with its new-found attacking brand of the game.

“When the lads play like this, it makes my job easier. When you have clarity like we have in the dressing room, it makes chasing totals like this easier. 378 would have been scary five weeks ago, but now it’s all good.

“We are trying to rewrite how Test cricket is played in England. All our plans from the last four-five weeks is what we want to take ahead. Bowling on the top of off isn’t important, it is all about taking ten wicket,” he said.

“We want to give some new life to Test cricket. Inspiring the next generation is what we want to do. We want to bring in new fans and want to leave a mark on Test cricket,” he added.

Stokes was all praise of his batters for pulling off the historic run chase for England.

“Jonny and Root will get all the credit, but the precedent was set up by the way the openers played against Bumrah and Shami with the new ball.”

Man-of-the-match Jonny Bairstow, who smashed centuries in both the innings, said he was never afraid of failure and just wanted to put the pressure back on the opposition.

“It is great fun at the moment. I am stripping it back to the basics. The last few years have been tough on me but the last few months have been fantastic.

“Day five was over in 90 minutes. I just have an enjoyment factor now. I am not afraid of failing and just want to put the pressure on the opposition. We are going to lose games with the approach we have, but it is a positive fun brand of cricket to play,” he said.

He said England were always in control of the chase.

“India have some world class bowlers and you just have to soak the pressure. They try to intimidate, they have some fantastic players and it was about trying to shift the pressure on them.

“There was a period when it started reversing as well. And this morning was a different morning. Root and me are just two lads from Yorkshire. We have grown up playing together and spent a lot of time together from the Yorkshire academy days to the Test team now. Special to play with him,” Bairstow said.

England’s man-of-the-series Joe Root said they were always confident of chasing down the target set by India.

“It’s as simple as that. The environment has been great and the guys are having fun in the last four weeks. There is absolute clarity that we were chasing it down and there was total belief,” he said.

Asked about his own form, Root said: “It’s something you are constantly searching for and something you rarely find. You want to keep it as fun as possible. Watching Jonny bat is great, I just wanted to give him strike.

“We have been riding a brilliant wave of confidence after brilliant performances against NZ. The start the two openers got us off to was superb and they put the pressure back on.”