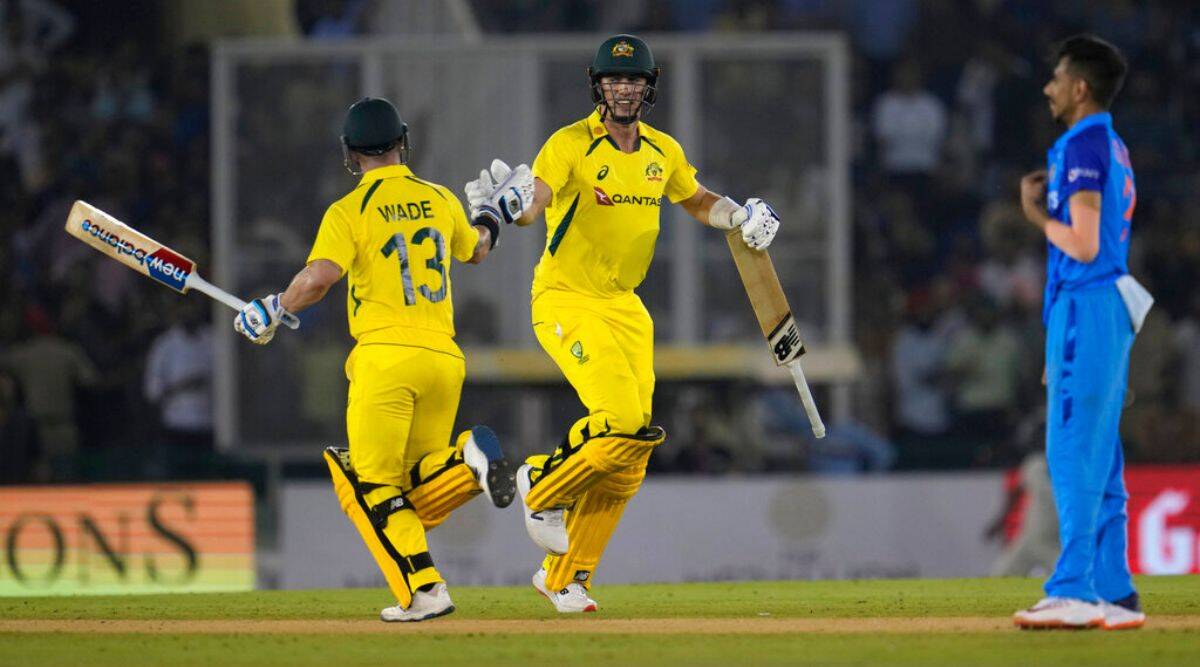 Mohali: Following his side’s four-wicket loss to Australia in the first T20I in Mohali, Indian all-rounder Hardik Pandya said that the team was not able to execute its plans and deliveries.

Indian bowlers once again came a cropper as they failed to defend the 209-run target in the first T20I against Australia here at the PCA Stadium in Mohali. India is now trailing 0-1 in the three-match T20I series.

“There was no dew, you just need to give them some credit for playing some good cricket. They played some good shots. We were not able to execute our plans and deliveries,” said Pandya in a post-match press conference.

On whether Harshal Patel’s expensive 18th over was a turning point of the match, Pandya said that nothing can be pinpointed.

“It is a game. Even they Australia conceded 24-25 runs in an over. It is a bilateral series. We will get try to get better,” he added.

The all-rounder lauded Cameron Green for his brilliant half-century, which laid the foundation for a successful chase by the Aussies.

“Good on him to play with the way he played. We watched a lot of videos and did a lot of preparation. At the end of day, It is about execution. You can watch the videos, but if you do not execute your plans, it will hurt you. He played some good shots,” he said.

Questioned if pacer Jasprit Bumrah’s absence is hurting the team, Pandya said, “We all know what Bumrah brings to the side and how important he is to us. There will be concerns here and there, it is fine. These fifteen are the best players in the country and that is why they are playing. Bumrah being there makes a big difference. But he is coming after an injury, he should get enough time to come back and not put a lot of pressure on himself. As a team, we want to get better. Losing teaches you. We all are aware of where we can get better. We are a process-driven team. By the time the world cup comes, we will make sure to focus on our processes, and where we can improve. I am confident about the guys. They have done this in the past. Few games do not change much for us.”

Pandya said that he does not make a big deal about his own performances and failures because of the career graph he has had over the years.

“I have scored zeros as well. I have been neutral. For me, it is important that I focus on the next game and be ready for something new so that I can be one step ahead,” he said.

Coming to the match, after being put to bat first by Australia, India lost skipper Rohit Sharma (11) and Virat Kohli (2) for cheap scores. This left Men in Blue struggling at 35/2. KL Rahul (55) and Suryakumar Yadav (46) then stabilised the innings with a 68-run stand. Then, Hardik Pandya played a brilliant knock of 71* off just 30 balls with seven fours and five sixes to finish the innings at 208/6.

Pacers Nathan Ellis (3/30) and Josh Hazlewood (2/39) were the most successful Aussie bowlers.

Chasing 209, openers Aaron Finch (22) and Cameron Green stitched a quickfire 39-run stand to get Australia off to a solid start. Green played some really impressive strokes and stitched a 70-run stand with Steve Smith (35). Green was dismissed for an impressive 61 off 30 balls. Following this, Men in Blue made a comeback to the match, getting wickets of Smith, Glenn Maxwell (1) and Josh Inglis (17) within a space of just 36 runs.

But wicketkeeper-batter Matthew Wade (45*) and debutant Tim David (18) stitched a 62-run stand to help the Aussies win the match by four wickets, finishing the innings at 211/6.