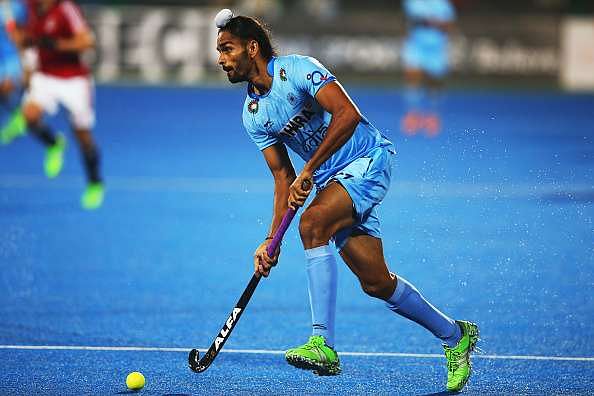 Bengaluru: Forward Akashdeep Singh believes that the Indian men’s hockey team is determined to win a medal in Tokyo Olympics slated to be held next year.

“Our team has done well against top sides in the recent past and therefore we are confident that we can win a medal for India at the Olympics. We just have to focus on our processes and then the desired results will follow,” said Akashdeep.

“All our bases are covered and we are determined to make history in Tokyo. It’s about going on the pitch with belief and we will be able to achieve anything,” he added.

The team has achieved tremendous success since June 2019. They won the FIH Men’s Series Finals and then went on to book a place in the Tokyo Games through the FIH Olympic Qualifiers last year. The national side also competed well against top sides such as Belgium, Netherlands and Australia in the FIH Pro League earlier this year.

Akashdeep expressed that world-class facilities and stadiums make a big difference to a team’s performances.

“We have certainly worked hard to record good wins in the recent past. However, we would not have been able to raise our game without the world-class facilities and stadiums provided to us by Hockey India and Sports Authority of India,” he said.

“Practicing on a good turf with all the necessary facilities has helped us hone our techniques and become much better players and as a result, we have performed well consistently in the last few years,” added the forward.

Akashdeep further pointed out that spotting and nurturing of talent across the country has been a big boost for the national side.

“We have had some young talents such as Rajkumar Pal and Vivek Sagar Prasad join our team in the last few years. Our team has a great balance of experienced players and new talents, which is the perfect blend for being successful in competitions,” said the 25-year-old.