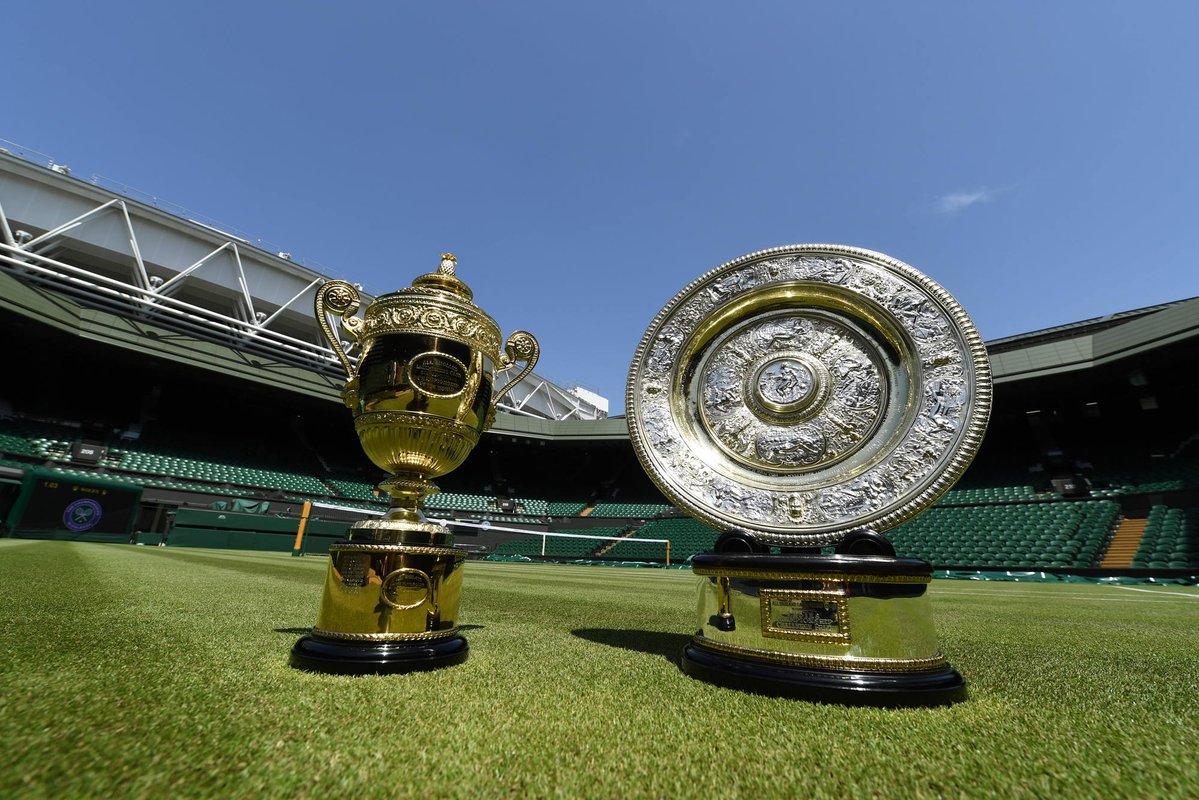 The manicured grass courts at the All England Lawn Tennis & Croquet Club will host the oldest tennis major for the 133rd time.

Toronto: The tennis year is a funny one. While it centres around four major tournaments—routinely called grand slams, which also offer the most points—the seasons within aren’t quite equally spaced. Starting from a far eastern point on the globe, Australia, the grand slam route has now entered its third and shortest leg, before journeying further westward.

Besides being the briefest, it is also perhaps—arguably—the most challenging. One, as just mentioned, the duration (about six weeks); some players even take a punt and choose to not play a warm-up tournament. And two, the utter contrast in surface mechanics. From the slowest to, theoretically, the quickest.

Call it rub of the green. Or muse aloud that the grass is indeed on the other side (yes, there is the English Channel in between). If we’re down to an idiom or a pun, we’re definitely at The Championships, Wimbledon. What was once an extended garden party has morphed into one of the most prestigious tournaments in sporting annals.

The immaculately manicured grass courts at the All England Lawn Tennis & Croquet Club host the oldest tennis major for the 133rd time and will vie for global attention given the few billion eyeballs that are following a closely-fought Cricket World Cup which is being conducted across the United Kingdom.

Coming back to the challenges we were talking about… While grass courts today also allow baseliners to flourish, evidenced by the conspicuously barren regions where players position themselves, aggression is still the rule of thumb.

No wonder big servers fancy their chances in this brief stretch, and quite a few of them have had their time to shine in the past. Furthermore, passive play could prove costly as eight-time champion Roger Federer found out last year much to his dismay; the Swiss failing to convert a two-sets-to-love (and match-points up) lead against eventual runner-up Kevin Anderson.

Wimbledon’s formula again affected the seedings, leading to some comments from Rafael Nadal and Novak Djokovic, and this is how the top 32 will look like:

While this year’s tournament will mark the tenth anniversary of Federer breaking Pete Sampras’ record, it certainly promises more history: can Wimbledon’s most decorated gentlemen’s singles champion extend his record? Will his bête-noire narrow the gap to one?

Or will the man who has winning records against them both have the last laugh? And less likely, yet in some ways possible, will a new face finally break the Big Four dominance at SW19, which now (ridiculously) dates back to 2003… Tennis analyst Karthik Swaminathan breaks down the ATP draw.

Top seed and World No. 1 Djokovic headlines this section and commences his title defence against Germany’s Philipp Kohlschreiber. The Serb leads their head-to-head 10–2, including a straight sets dismissal on these very courts and in this very round en route a victorious 2015 campaign.

If not his compatriot, Djokovic could also face the mercurial Ernests Gulbis (Djokovic leads 7–1); the Latvian reached the fourth round here last year and the third round the year before.

A case of deja vu for @DjokerNole and @KAndersonATP at #Wimbledon pic.twitter.com/X42j9cxgnt

Possibly lying in wait in the fourth round, 16th seed Gael Monfils of France (Djokovic leads 15–0) or the fast-rising Félix Auger-Aliassime (yet to meet). The 18-year-old Canadian has reached three finals this year, most recently at the MercedesCup in Stuttgart earlier this month (l. Matteo Berrettini).

South Africa’s Kevin Anderson, last year’s runner-up (l. Djokovic), is seeded fourth thanks to Wimbledon’s formula despite missing action since Miami (l. Federer) due to injury and is the highest seed in this section.

Anderson’s form is suspect and Zverev, who has an interesting opener in Czech southpaw Jiri Vesely, is yet to make a grand slam semifinal means this section is waiting to throw a surprise. Can the ‘other Swiss’ or someone else make the most of this chance? Or will the defending runner-up find his gear again?

Two-time Wimbledon champion and World No. 2 Nadal was not impressed with being demoted to a number-three seeding. And while we know the Spaniard keeps expectations low ahead of matches, he could be excused for not liking how the draw turned out, at least on paper, as his potential path to a third title at SW19 seems laden with banana skins.

Up first for Rafa is someone he hasn’t faced before—Japan’s Yuichi Sugita—but his second-round adversary is someone he knows only too well, the highly volatile Nick Kyrgios (head-to-head level 3–3). The Aussie famously ended Nadal’s hopes on these very grounds back in 2014.

Kyrgios, however, could have his hands full against compatriot Jordan Thompson in his opening round. It only gets warmer for Nadal as he could face either 29th seed Denis Shapovalov of Canada (head-to-head level 1–1) or the unseeded Frenchman Jo-Wilfried Tsonga (Nadal leads 8–4) in the third round before a possible fourth round against 13th seed and 2017 runner-up Marin Cilic.

The Croat himself has France’s Adrian Mannarino to deal with first. The other end of this quarter is headlined by fifth seed Dominic Thiem of Austria who starts his campaign against big-serving American Sam Querrey, the runner-up in Eastbourne last week. There is no doubt that this section can tease and throw a lot of questions but as the saying goes, ‘Fortune favours the brave’.

Federer returns to his most successful grand slam on the back of a tenth title in Halle (d. David Goffin). In what will be a first-time meeting, the 20-time grand slam champion will face South African 22-year-old Lloyd Harris in the opening round before a second round against either 20-year old local Jay Clarke (yet to meet) or 23-year-old Noah Rubin (Federer leads 1–0).

Twenty seventh seeded Frenchman Lucas Pouille is a likely third round opponent while Stuttgart champion and 17th seed Matteo Berrettini of Italy (yet to meet) is a projected fourth round face-off.

Catch up with the main talking points from the men's singles draw#Wimbledonhttps://t.co/i9aw9xmFuT

Former Australian Open finalist Marcos Baghdatis, who announced this year’s Championships would be his last event in professional-level competition, was scheduled to play Struff in the first round before a draw reshuffle following 14th seed Borna Coric’s withdrawal.

He will instead play Canada’s Brayden Schnur while the German—a probable third-round opponent for Isner—takes on Radu Albot.

Former World No. 1 Sania Mirza joins Star Sports as an expert for Wimbledon 2019

Karthik Swaminathan is a burgeoning sports analyst, his views on top-tier tennis and cricket events, including Grand Slams and the World Cup, have been featured on live television. Karthik has also been published on leading magazines and web portals such as Wisden, Golf Digest and Sports Illustrated. His other interests include astronomy, darts and anything tech.