What AIFF should note while copying 'closed league' format of MLS, A-League 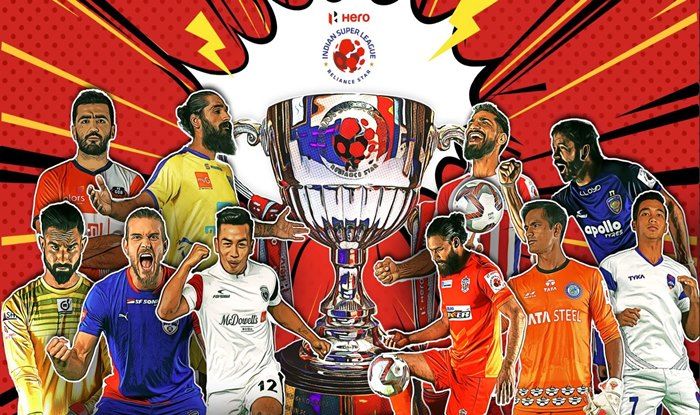 The ISL has no system of relegation and promotion. Photos: @ISL, ussoccerplayers.com, a-league.com.au

New Delhi: In the mid-60s of the last century, the Bengal soccer body, IFA, suddenly decided to do away with the promotion-relegation system in the Kolkata first division league. Rumours were rife that the sole motive was to save a struggling side. The club did not have enough good players, but had an all-powerful official.

Thankfully, sanity prevailed next season and promotion-relegation was restored.

A club-based soccer league stands somewhat meaningless without promotion-relegation. In the top tier, the fear of relegation keeps the players on their toes. They fight till the last breath. Without it, footballers may develop carefree attitude. The club management can turn indifferent. There is an increasing chance of match fixing and betting.

But there are times when one needs to run a closed league. With a definite plan and purpose in mind. Currently, India’s top league is a 10-team franchise meet without promotion or relegation. All India Football Federation (AIFF) officials say the need of the hour is to strengthen the structure first. In support, they often cite example of A-League and Major League Soccer (MLS).

They are not far from the truth. Out of most popular 25 leagues across the globe, A-League and MLS are perhaps the only two without promotion and relegation. They have their own reasons. 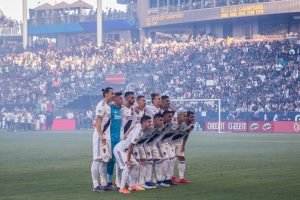 Zlatan Ibrahimovic (left, standing) is the biggest name to play n the MLS.

A-League is not a one-nation league. It is played by 11 teams, 10 from Australia and one from neighbouring nation, New Zealand. It began in 2005 after Aussie National Soccer League (NSL) was closed down. NSL was like India’s I-League. Having started in 1974, NSL, by the end of 20th century, was proving to be a dying product.

But NSL clubs were not choked to death. Neither was told to play without a purpose for two or three more seasons. The Australian Federal Government set up an independent review committee. The committee’s report said it was sunset time for NSL. It was folded up for good at the end of 2004 season.

The formation of A-League clubs was no clandestine affair. Bidding for clubs was a long and tedious process. By 2004 June, 20 submissions were received. A month later 12 of them sent their final bids. After three months of review, eight teams were selected.

Not all NSL clubs were shooed away. Three of the eight teams, Adelaide United, Newcastle Jets and Perth Glory were from NLS. Two other NSL outfits were renamed before they joined the fray. Currently 11 teams play in the A-League.

Like A-League, MLS too is a two-nation meet. It has 24 teams, 21 from the United States and three from Canada. It began with 10 teams and proved a disaster until more teams were added.

MLS has no promotion/relegation system but regularly adds teams to expand the league. It plans to add three more teams next season and make it a 30-team league very soon. 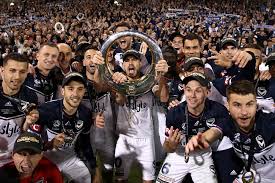 Well, A-League and MLS are two different competitions. From different continents. It will be unfair to draw parallel with current Indian scenario. Yet, after going through the much-talked about the FIFA-AFC report on a unified league in India (The Sustainable Development of Top Level Indian Club Football – A Road Map, 2018) one may find out a few similarities.

The A-League was formed and structured as per recommendations of an independent review committee of Australian Federal Government. The FIFA-AFC report on India suggests in order to have a single national league, “we recommend that the detail is addressed through a League Transition Commission, to be established by the AIFF with independent external experts appointed by AFC and FIFA.”

Like it happens in MLS, the FIFA-AFC report also talks about increasing the number of teams gradually in top tier, now the franchise league. In short, the report said the number should be increased to 16 teams by the end of 2021-22 or 2022-23. The promotion-relegation could be started thereafter.

There are some other sustainable recommendations in the report. But no point discussing them. AIFF clearly said it was in no position to implement it.

Philippe Coutinho to join Bayern Munich on loan from Barcelona