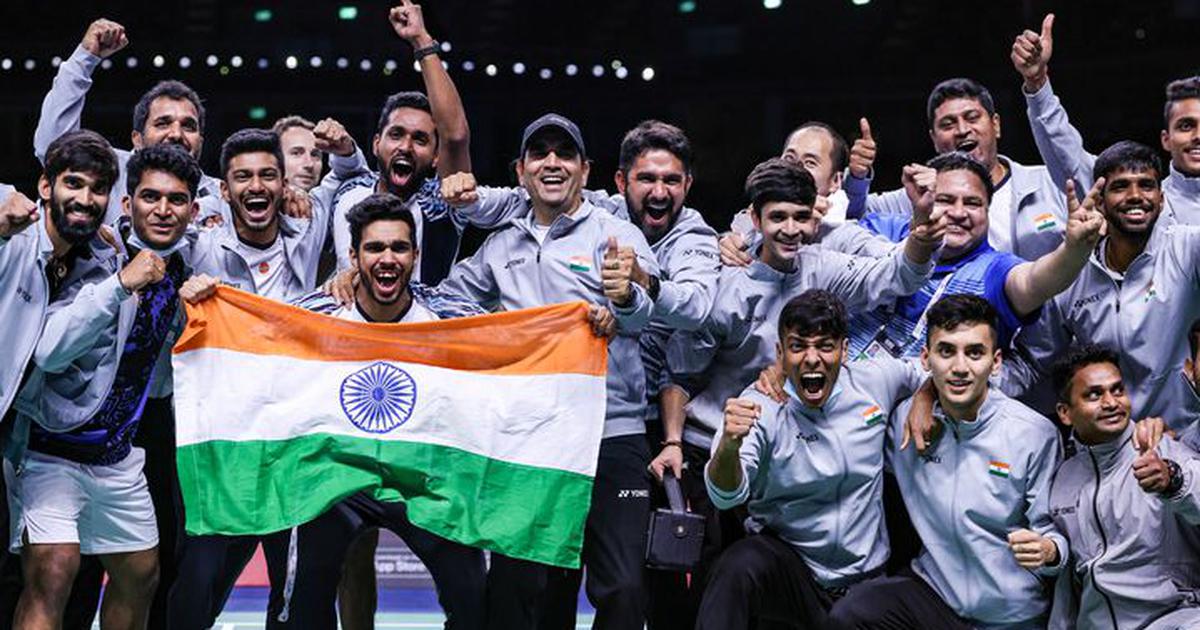 India’s maiden Thomas Cup title on Sunday came on the back of some solid camaraderie shown by the players on and off the court. However, HS Prannoy has revealed that ‘bonding’ is something that is not common in a sport like badminton, where shuttlers play individually in tournaments.

The 29-year-old said following India’s gold medal-winning performance against the most successful team in the tournament’s history — Indonesia — that the players made a “conscious effort” to gel and ensure there were slip-ups this time around.

Not getting overawed by Indonesia’s reputatioin — they have 14 titles to their name in the tournament — India defeated the favourites 3-0 on Sunday after previously reaching the Thomas Cup semis in 1952, 1955, and 1979.

Prannoy, whose selection in the side for the tournament had raised questions, said, “The way everyone bonded this week, I think I should give credit to all the players out there and I think we made a conscious effort to do this because we knew this is not something which is very common amongst us… because we play individual events the entire year.

“And, to come to a team event and all of a sudden to gel is slightly tough. But I think we all made this conscious effort,” said Prannoy, who had won the decisive singles game against Rasmus Gemke of Denmark in the semifinal to earn India its maiden entry in the final.

He said that from the day the team left Hyderabad for the tournament in Bangkok, the focus and discussion centred around team bonding, which he felt is the essence of a team sport.

“The day we left Hyderabad, we had a team discussion saying that this is the time where we can win this… we have a team which can actually challenge for the title. But the only thing, which we will have to consciously do is to help and support each other because that’s what is going to change the results in the entire tournament,” opined Prannoy, who played the semifinal with an ankle injury and still managed to guide the team into the final.

Badminton stalwart, Kidambi Srikanth, termed it as one of the biggest achievements in his personal career.

“Individual events are always different from team events and we hardly get to play any team events. Thomas and Uber Cups are one of the biggest team events that we have. So, when you actually end up winning such a big tournament, it really is a very big win. It will actually take a while before you actually know what has happened.

“I would rate this as one of my biggest wins, that’s for sure. Everyone did extremely well. I don’t think there is any one individual to be singled out. Everyone in the team has done extremely well. Having said that, it was one of my best performances also,” said Srikant, who clinched the deciding singles in the final beating world No. 9 Jonatan Christie comfortably to guide India to the historic win.

He said that despite being the oldest member of the contingent in a team comprising of youngsters, he didn’t have to give any motivational speeches.

“Well, I might have played more number of events than anyone else, but I didn’t have to give any big, long-long speeches. It was just about letting them know that they are doing well and it is just that you get just one hour to play… and you really get that one hour to do well every day. I am very happy that all the youngsters really stepped up and played really well when it mattered. Frankly, I didn’t have to tell them anything,” said the 29-year-old Srikanth.

“They were really pumped up, very excited… when we came here we said whatever it takes to win this medal we will do. And, these youngsters handled the pressure well.”