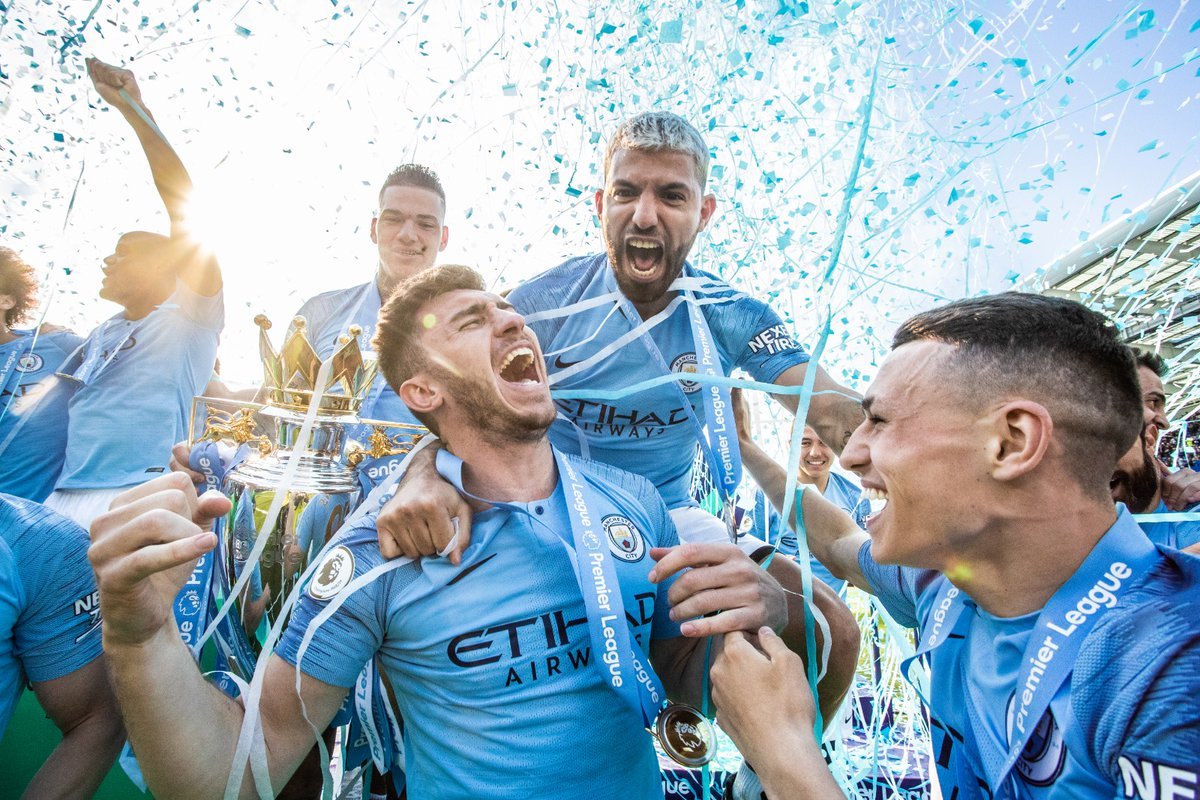 New Delhi: The record for the most points scored without winning the Premier League until Sunday belonged to Manchester United, who picked up 89 points in 2011-12 to finish second to Manchester City only on goal difference.

It was the first time the Citizens had won the league since Sheikh Mansour bought over the club in 2008 and pumped in millions to change their fortunes. And the title was sealed in the 94th minute through Sergio Aguero, snatched from United at the death, even as the Red Devils were gearing up for a celebration at Sunderland.

Nothing compares to the drama from that final day in the seasons that followed. Liverpool came closest to winning the title in 2013-14, when they finished second behind City by two points.

And the script was repeated this season, when the title race went down to the final day where this time around, Liverpool finished in second spot by just a point.

What stood out though was the points accumulated by both sides. Just last year, City had managed to score 100 points – the most in a single season. This time around they played catch-up, eventually going past the Reds to tally 98 points after the final game.

And just like that, Liverpool earned themselves the infamous reputation of scoring the highest points at 97, without winning the league. And to think that Arsenal’s “Invincibles” scored just 90 points while remaining unbeaten all season to triumph in 2003-04.

But along the way, what Liverpool did was to present a good account of the rebuilding that manager Jurgen Klopp had set in motion since taking over in 2015.

And made it a season where teams from around the world sat up and took notice of a club that has long struggled with its identity.

That the Champions League final appearance last season was no fluke. That this was indeed a young side, which would be in contention for a number of trophies in the years to come.

The 4-0 whipping of Barcelona in the Champions League semi-final last week had most hoping for another miracle as the final round kicked off. Liverpool took the lead in the 17th minute through Sadio Mane. 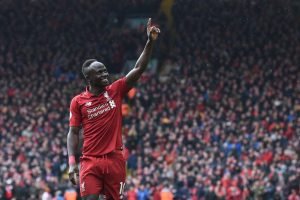 With 22 goals, Sadio Mane was among the three joint highest scorer in the Premier League this season.

A roar went around the stadium soon after, with news of Brighton taking the lead against City. Though that turned out to be mere rumours even in this world of rapid technology, soon enough, Brighton’s Glenn Murray struck the opener to start a round of boisterous celebrations and silent prayers around Anfield.

The moment of euphoria faded away as soon as it began, as Aguero scored the equaliser just a minute later, before Aymeric Laporte handed City the lead, which they would keep for the rest of the evening.

However, the gloom among the Liverpool loyalists lasted but for a fleeting moment, just like the high they had experienced when Brighton had taken the lead. For this is a side, that has now converted the “doubters into believers”, just like Klopp had hoped for when he took over.

Just one look at the table is enough to suggest what Klopp has built at Liverpool. Their stunning campaign has just one loss this season – to league winners City at the start of the year, before which Liverpool had a seven-point cushion to rest on.

A John Stones’ clearance in that game, which was just 11 mm from crossing the goal line, was the difference at the end of the day. Besides that loss, seven draws all season is what eventually hurt them in the final tally.

Three months later, City got lucky yet again, when Sergio Aguero scored a goal against Burnley that had crossed the goal line by just 29 mm. That goal helped City eke out a narrow 1-0 win – their third with the same scoreline in the final five matches of the season.

There is a stark contrast between the top-2 sides in their approach to mounting a challenge over the last few years. According to transfermarkt, City’s transfer activity in the last five seasons is close to 563 million pounds, while Liverpool has been around 184 million pounds.

🎵 I don't believe that anybody feels the way I do about you now 💙@NoelGallagher joins in the dressing room party in Brighton!

That spending has given City great depth, including a bench strength that features the who’s who of the top flight. It has eventually led to Guardiola becoming the most successful active manager, with 26 trophies in his cabinet.

The contrasting numbers speak volumes of the luxury that the City manager has had at his convenience since taking over in 2016.

It’s true that Liverpool splurged last season on goalkeeper Alisson Becker and defender Virgil van Dijk. But all in all, Klopp has made some shrewd buys over the years to stay relevant among the big boys.

Perhaps, Klopp’s greatest accomplishment this season has been to bring the belief back at Anfield. For a club that’s been all heart, the chief orchestrator has long understood the pulse at Liverpool and only revived it through his charisma.

And by handing out a belief to players and supporters alike, the fact that Liverpool, after all the years, can.

City may have trumped Liverpool this season, but the Klopp machine is only getting into the groove for the seasons ahead. And that Champions League final in June will just be the start of it. 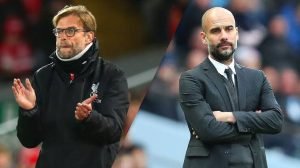 Jurgen Klopp (left) and Pep Guardiola can claim a lot of credit for the way Liverpool and Man City have played in the Premier League this season.