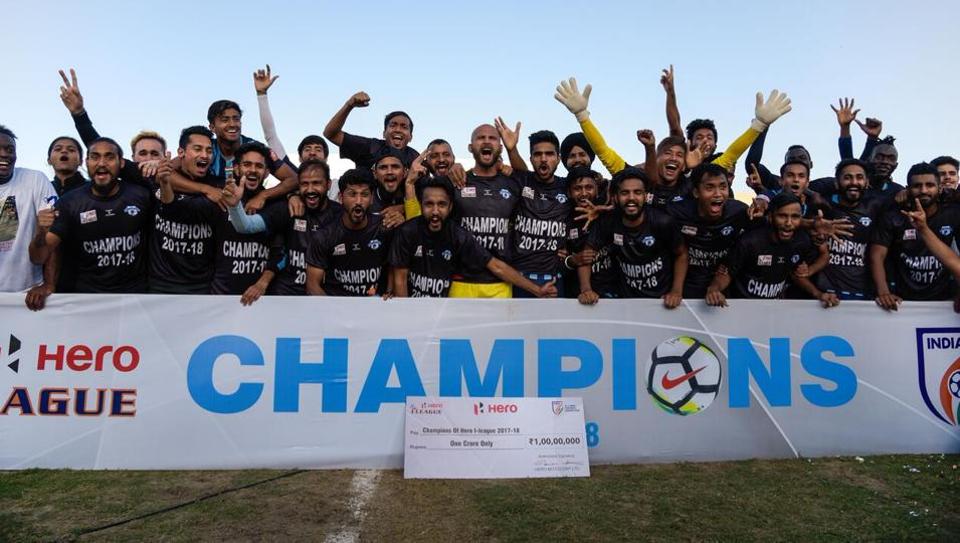 Memories: Pictures like this would soon be memories if Minerva Punjab decide to close down operations. Photos: Twitter

The decision of Minerva Punjab FC (or the apparent threat?) to shut down the club, on Friday, suddenly brought back memories of the past involving several now defunct outfits. They, too, made a mark in Indian football, perhaps little more than what Ranjit Bajaj’s side did in the last couple of seasons, only to sink into oblivion with few to shed tears for them.

What appears in mind is a scatter of flashbacks reflecting the confusion in Indian football, especially the I-League. Old timers would still recall the day in March 1997 when the jam-packed stands in Goa’s Nehru Stadium were witness to some of India’s top footballers dancing on the pitch at the end of a match. 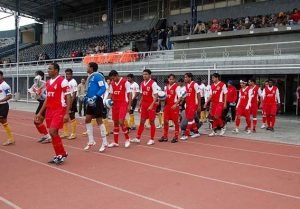 JCT, which won the inaugural National Football League in 1996-97, closed down their senior team in 2011.

JCT, Phagwara, had just won the inaugural National Football League (NFL) after a 4-1 thrashing of Dempo Sports Club and some of the legends of Indian football – Bhaichung Bhutia, I.M. Vijayan, Jo Paul Ancheri, Carlton Chapman, Tejinder Kumar – broke into an impromptu celebration along with their coach Sukhwinder Singh. It was a memorable moment in history of Indian club football.

Jump cut to June 2011, Sukhwinder Singh was still the JCT coach but a lonely figure sitting at his Phagwara home. His team had just been relegated and to add to it, the club management decided to fold up the senior squad. None from the All India Football Federation (AIFF) wrote to JCT requesting them not to bury their 40 years of glorious past so easily. Instead, stories were leaked about the cash crunch that led to JCT’s departure from the scene.

Minerva fans are upset; some even blaming the Indian Super League (ISL) organisers for the fiasco. Nothing, however, could hit Indian football, or I-League to be precise, harder than it was in 2016 when, in a span of few months, three top Goan clubs – Salgaocar FC, Dempo and Sporting Clube de Goa – walked out in protest against the All India Football Federation’s (AIFF) policy. 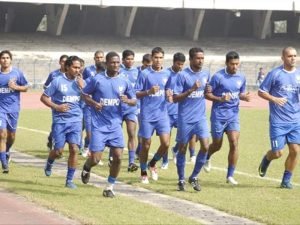 By then, the AIFF had made it clear – the so called “roadmap” is to promote the ISL and reduce I-League to the second tier in the name of League One. Salgaocar boss Shivanand Salgaocar is a former treasurer of the AIFF, Dempo’s Shrinivas Dempo remained the vice president for four years. None was officially asked to reconsider their decisions.

The list is long and depressing – Mumbai FC, DSK Shivajians, Bharat FC, Pune FC, Rangdajied United, United FC – all were I-League clubs, who hit the pitch with considerable enthusiasm only to shut shops within few years.

Some ran out of steam, some found the AFC licensing criteria too stiffening, some felt the I-League had no future. There was one thing in common – the AIFF hardly lend a helping hand in their hour of crisis. The situation, for sure, would be no different for Minerva Punjab.

The current crisis is deeper. After years of toiling hard, the I-League has finally managed to have a pan-India look – Mohun Bagan and East Bengal are no more the sole driving forces behind the league. There are teams from Kashmir to Kanyakumari in the true sense, Real Kashmir FC, Gokulam FC, Chennai City, Minerva Punjab, Indian Arrows – all represent different culture, different outlook and style of football in different age groups.

Never did in history, Indian football looked so united in so much diversity. If, by any chance Minerva Punjab’s departure is the beginning of an end, then it could be the saddest day in 125 years of India’s domestic football.