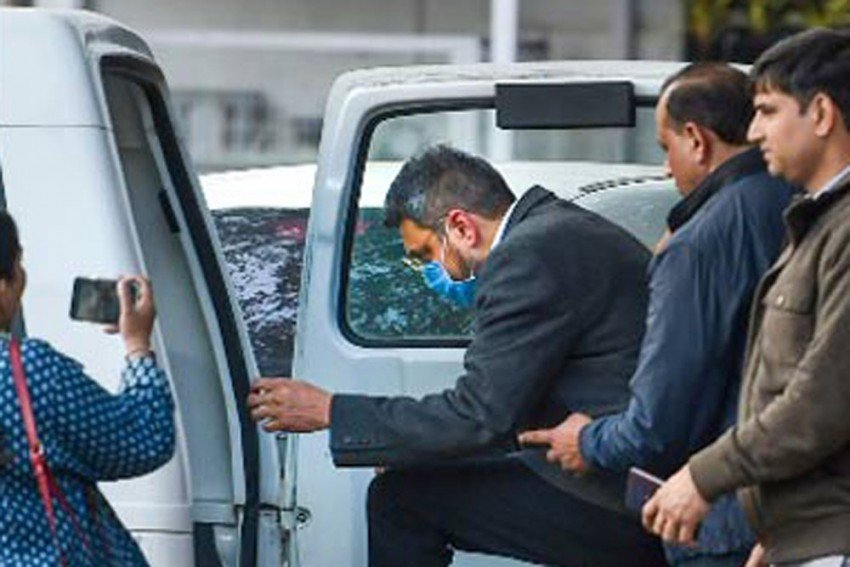 Sanjeev Chawla was extradited from the UK to India in February. Photo: PTI

New Delhi: A day before South Africa’s 1st ODI against Zimbabwe on January 21, 2000, Hansie Cronje was on his way to the nets at the Wanderers.

It had happened during a triangular ODI series also involving England, ahead of South Africa’s tour of India.

Following several telephonic conversations, Chawla made his offer to Cronje.

“Hansie, you can also make some cash if you could maybe lose a match,” Chawla, recently extradited to India from England told Cronje.

“I am not prepared to do that,” South Africa’s captain had responded then.

But the erstwhile London-based Chawla gave him a mobile phone box and told him to think about the offer.

Kochi the scene of ‘action’

Jump cut to March, 2000. Chawla landed in India and checked himself into the hotel where South Africa was put up in Kochi. The magic of dollars started working from this ODI series.

As Cronje later confessed, “I picked up the telephone at reception, phoned his (Chawla) room and said “yes, it is okay, we can go ahead”.

That is how the 2000 match-fixing saga began, shaking the cricketing world and exposing one of cricket’s premier captains.

Chawla was extradited to India last month and remains in judicial custody. He is expected to reveal some key names when investigators interrogate him.

In his affidavit submitted to the King commission, South African businessman and bookie Cassim revealed, “Sanjay (Sanjeev) and Cronje had a conversation for approximately 10 minutes relating to cricket. They were talking among other things about match forecasting, pitch conditions, team selection and the toss. I also heard them discussing team selection and who would be batting in which order and who would be bowling.”

According to Cassim, the conversation happened in a Durban hotel room in his presence. Interestingly, Cronje and Cassim knew Sanjeev as Sanjay. His real name surfaced only after investigations.

According to investigations and Cronje’s deposition before the commission, the South African captain agreed with Chawla to throw away the Kochi ODI against India, which was played on March 9, 2000.

But it did not go as planned. South Africa scored 301 runs, but India won comfortably.

As per the conversations tapped by Delhi Police, Chawla was very upset as Cronje’s team scored more than what he wanted, upsetting the betting pattern in the market.

Cronje hadn’t received any money for that match.

For the next three matches I was only forecasting what I thought could happen, as I really wanted to win the series,” Cronje wrote in his confession latter to Cricket South Africa.

“I mentioned some names again, and quoted some figures again, none of which I can even remember, simply as a lie. Once again, I want to make it clear that I never spoke to any player.”

Cronje claimed in all investigations against him that he was making Chawla a fool and no other member of his team was involved or he approached them. But some of his teammates revealed that he made offers.

Cronje accepted later that he charged $100,000 to $150,000 for providing pieces of information. He was in touch with six bookie and punters named John, Anil, Sanjeev, Cassim and Marlon Aronstam between 1995 and 2000.

Marlon even gifted expensive a leather jacket to Cronje’s wife.

During investigations, Chawla also claimed that he promised to deposit $100,000 into Cronje’s bank account in London for losing a match.

With Chawla in their net, Indian authorities could now dig deep into the roots of an international syndicate of corrupters.

It could also enable authorities investigate the link between underworld and corrupters. All investigations so far indicate that most syndicates fuel money in terrorism against India.

Though that case collapsed in a lower court but pieces of evidence had suggested that the bookie named in that case were in touch with people who work for Dawood Ibrahim.

But prima facie, it seems that it is difficult for Indian authorities to keep Chawla behind bars for a long time as this case is too old and India doesn’t have any law punishing someone involve in fixing in sports.

UK agree to extradite Chawla only because gambling is legal there and fixing in sports mean cheating with people who are betting legally.

But the first vital question is who the complainant is in India. The Board of Control for Cricket in India (BCCI) is undoubtedly not.

Most tainted players of the 2000 fixing scandal are back in BCCI’s fold. Hence punishing Chawla could prove to be very tricky.

Anyone’s guess how long Chawla is going to remain in India.

MS Dhoni has to perform in IPL for comeback: BCCI