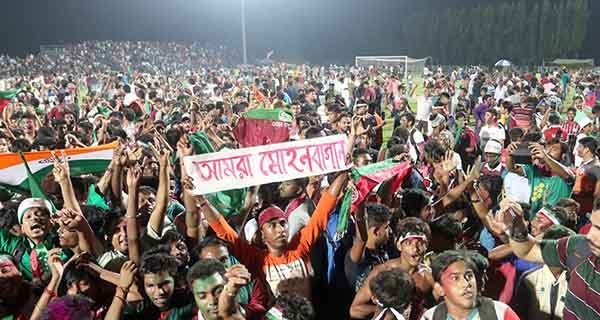 New Delhi: The ‘City of Joy’ was known as Calcutta for more than 300 years before a Marxist chief minister in the seat of power then made it Kolkata at the turn of century. For whose ‘joy’ it was, only he could explain.

The change of name modified several other terms in the eastern metropolis. There was no choice. But the football league in the city remained the same. Thankfully.

Asia’s oldest league, started in 1898, is still the Calcutta Football League. Or, CFL to be precise. So is Bengal’s football association. It is still the Indian Football Association (IFA), despite some people raising objections at times.

But then, a permanent character doesn’t necessarily mean it should be dominated by static ideals. CFL, too, over the years has undergone many changes. Many of them have gone unnoticed.

It was not all about the much-publicised Mohun Bagan-East Bengal Derby when it was kicked off 122 years ago. Mohun Bagan were only nine years old then; East Bengal were born 22 years later.

In early years of CFL, the word ‘Derby’ was an obscure expression. The elite clash of the league meant Calcutta Football Club versus Dalhousie Athletic Club in the ‘strictly for Europeans’ competition.

In later years, when Mohun Bagan were allowed in first division, the green and maroon’s match against all-white Calcutta FC was considered the prestige clash by the fans. 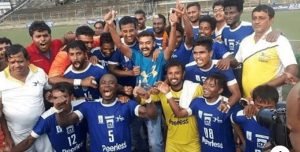 Peerless are the reigning CFL champions.

All the hullabaloo about MB-EB encounter came much later. It picked up momentum only after the partition of the sub-continent. In between, Mohammedan Sporting (MSC) took city football by storm in the 30s. To play and try to beat them was a bigger phenomenon.

Cut back to present, CFL is now at a crossroads. One of its two biggest icons, Mohun Bagan, are set to join the franchise league bandwagon. If East Bengal also follow the suit, the fear is, the two big teams may choose to take CFL lightly.

In many other cities, the franchise teams, and perhaps correctly so, are fielding their reserve squads in the local leagues.

The current chairman of IFA, Subrata Dutta, thinks otherwise. “CFL is under no threat,” he says emphatically.

“CFL’s importance will never be diminished. Its connection with the fans at the local level remains unmatched in the entire country. I can’t comment on Mohun Bagan or East Bengal. But no team play the CFL half-heartedly because no team want to lose. Fans won’t accept it,” says Dutta.

Having remained the senior vice-president of All India Football Federation (AIFF) for many years, Dutta thinks it is important to move with the time.

“CFL will see sea changes from the next season. As it is, we have the most broad-based league in India. We are going to make it a unique combination of senior and junior leagues spread over five divisions,” he claims.

The plan is to make room for senior footballers only in premier and first divisions. The rest of the league, from Division Two to Five will be open to age group footballers. 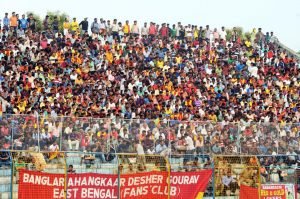 East Bengal might join Mohun Bagan to play in the ISL.

While the second division will be for under-20 players, the next three divisions will allow under-19, under-18, under-17, under-16, under-15 footballers in a phased manner.

A perfect plan indeed. But it needs perfect execution, too. An age group tournament is Indian sport’s most vulnerable spot. It has courted more disaster than success. In all disciplines. Football is no exception.

Kolkata football itself is full of hair-raising stories about rampant age cheating. There are coaches and officials, who are infamous for having ‘expertise’ in manipulations. They won’t bat an eyelid to bring the system to disrepute.

The IFA boss says all precautions would be taken to make the entire project a success. It is a long-term goal to produce more skillful players under licensed coaches. To encourage local footballers to showcase their talent.

Noble thoughts in Indian sport have often been defeated by unscrupulous ambitions. Short-term gains have received preference over true sporting achievements. One hundred and twenty-two years on, it will continue to remain CFL’s biggest challenge. IFA under Subrata Dutta has its task cut out from next season.

I-League: East Bengal desperate to return to form against Aizawl