Why tackling fixing is at the bottom of BCCI's priority list 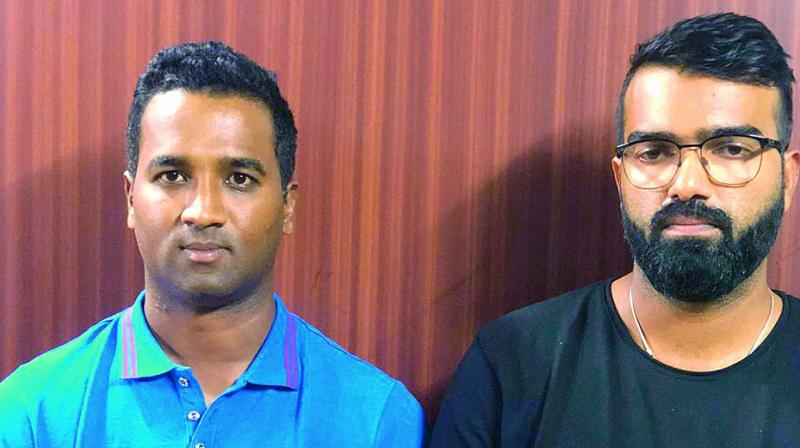 According to the former Rajasthan DGP, corrupters use Whatsapp to lure players. They send messages pretending as fans and try to gain access to players for their corrupt offers.

But how do these bookies get mobile numbers of players? In today’s world, most of these professional cricketers utilise the facility of private numbers. This service doesn’t display the caller’s mobile number. Even cricketers playing age-group cricket don’t provide their number easily to any unknown person.

This revelation reflects how ‘vigorously’ the Board of Control for Cricket in India (BCCI) keeps a tab to curb corruption, even after a massive dent in reputation after the 2013 Indian Premier League (IPL) fixing scandal and the recent Karnataka Premier League (KPL) fiasco.

The current investigation, though, is not the first one. The BCCI is still struggling to recover from the 2013 scandal, because of which its well-protected fort was damaged.

Despite the dent in image, a war against corruption is still not on BCCI’s priority list. It is an irony that the Board never filed an FIR against any tainted player for breaching its contract.

All three players caught and banned in the 2013 fixing case were a signatory of an IPL contract with their franchise, who were BCCI’s signatory.

On this basis, BCCI could have at least filed a police complaint about a breach of trust. But the governing body didn’t file charges against bookies for approaching players.

“How can we prove that a person is a bookie even when we know that the individual approached a player?” an influential former BCCI official once asked this correspondent.

“You want us to get involved in more legal cases? Such cases do not hold any water. We only can ask our player to stay away from suspicious people.”

BCCI has an extensive list of professional bookies, but the funniest part it is never shared with players.

In his report, Justice Lodha observed that, “A database of undesirable elements (bookies, fixers, etc.) though maintained by BCCI’s ACU, is not shared with players and team officials, with the result that they remain in the dark and might deal with them unwittingly. Such non-sharing may even enable a technical defence of ignorance when such incidents surface.”

Lodha’s report also highlighted BCCI’s difficulty in curbing corruption. “Such misconduct is carried out undercover and in secret, thereby creating significant challenges for the BCCI in the enforcement of rules of conduct,” it reads. 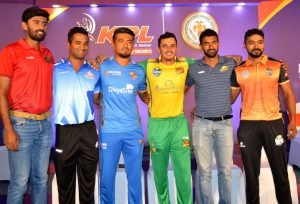 Police are investigating fixing charges in the Karnataka Premier League.

“As a consequence, the BCCI needs to be empowered to seek information from and share information with competent authorities and other relevant third parties, and to require participants to cooperate fully with all investigations and requests for information.”

BCCI haven’t done anything visible too seek empowerment and coax players into cooperating with investigating agencies. In its report, the Lodha committee has declared BCCI an incompetent organisation to check corruption.

“Experience has shown that when a betting or match/spot-fixing incident occurs, BCCI is ill-prepared to deal with the same,” the committee observed.

“BCCI should, therefore, coordinate with state machinery to create a dedicated special investigation wing in the police to be activated whenever there are complaints.”

After this suggestion, the then BCCI president Shashank Manohar met with Maharashtra police’s top bosses seeking help to curb corruption, even agreeing to bear the expenditure of such a special wing.

But after Manohar became the International Cricket Council’s (ICC) chief, no one seems to be bothered about it.

BCCI seems to be satisfied with an increase in number of reportings about approaches. But things would never improve until BCCI digs deep to find the roots of the entire network.

Exposing the corrupters, through sting operations or other means, is essential. BCCI has a vast infrastructure, including a massive fan base. BCCI could then post the videos in public domain or provide them to the media.

In October, the ICC banned Bangladesh captain Shakib Al Hasan from cricket for two years after he accepted three charges of breaching its anti-corruption code.

How did Shakib fall into the trap and get caught? A few years back, ICC made its member countries agree to provide communication details (SMS, chat, Whatsapp, e-mail and call details) of a player only if he or she is under suspicion for corrupt activity.

Sports Lounge understands that the Bangladesh Cricket Board (BCB) had to provide Shakib’s phone details. Based on his communication records, Shakib was banned.

According to ICC, “investigations continue to highlight the use of former and current players (‘trusted insiders’) to recruit players, the involvement of known corruptors (‘repeat offenders’), and the various measures taken to avoid detection.

“In-line with global changes in communication methods, popular social media and communication apps are being used to facilitate corruption.”

ICC is also considering Introduction of ‘cell phone data extraction technology’ to keep a check on corruption in the future.

With series on line, India aim to fix bowling woes vs West Indies in 2nd ODI