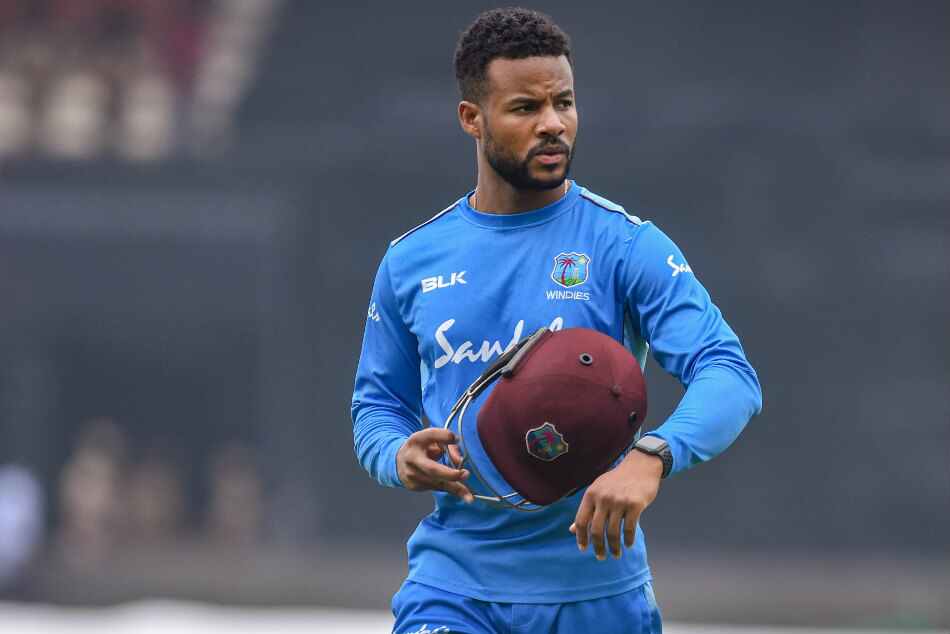 Ambrose said “something has gone terribly wrong” with the Barbadian batsman since his famous centuries at Headingley.

Heading into the series, the spotlight was on Hope, who notched up two centuries at the Headingley Test in 2017.

The wicketkeeper-batsman has struggled to even breach the 30-run mark in his four innings against England. His scores read 25, 7 16, 9 so far.

“He is a much better player than what he is showing at the moment and is obviously very low on confidence. Maybe in the next game we should rest him so he can regain some confidence,” Ambrose told ‘Sky Sports’.

“If you keep playing him and he keeps failing it will only get worse. You are going to destroy him if it continues like that.

“Something has gone terribly wrong for him since those two centuries at Headingley – he hasn’t done anything really in Test cricket since then,” he added.

Ambrose, who claimed 630 wickets in his 98 Tests and 176 ODIs for West Indies, feels it’s a tough call as playing Hope will hurt his confidence.

“I like Hope a lot. I think he is a fantastic player but this is not doing his confidence any good. Are West Indies going to go with him again? It’s a tough call.

“I am inclined to give him another go but by bringing someone else in he could get totally away from the game for a little bit and get his mind together.”

West Indies fielded an unchanged side from their four-wicket win in the opening Test at the Ageas Bowl, while England rotated their pace attack. The visitors will have need to make tough decisions if they want to retain the Wisden Trophy.

As the series stands levelled at 1-1, both teams will head to the third and final match on the same ground on Friday, with West Indies needing just a draw to retain the Wisden trophy.