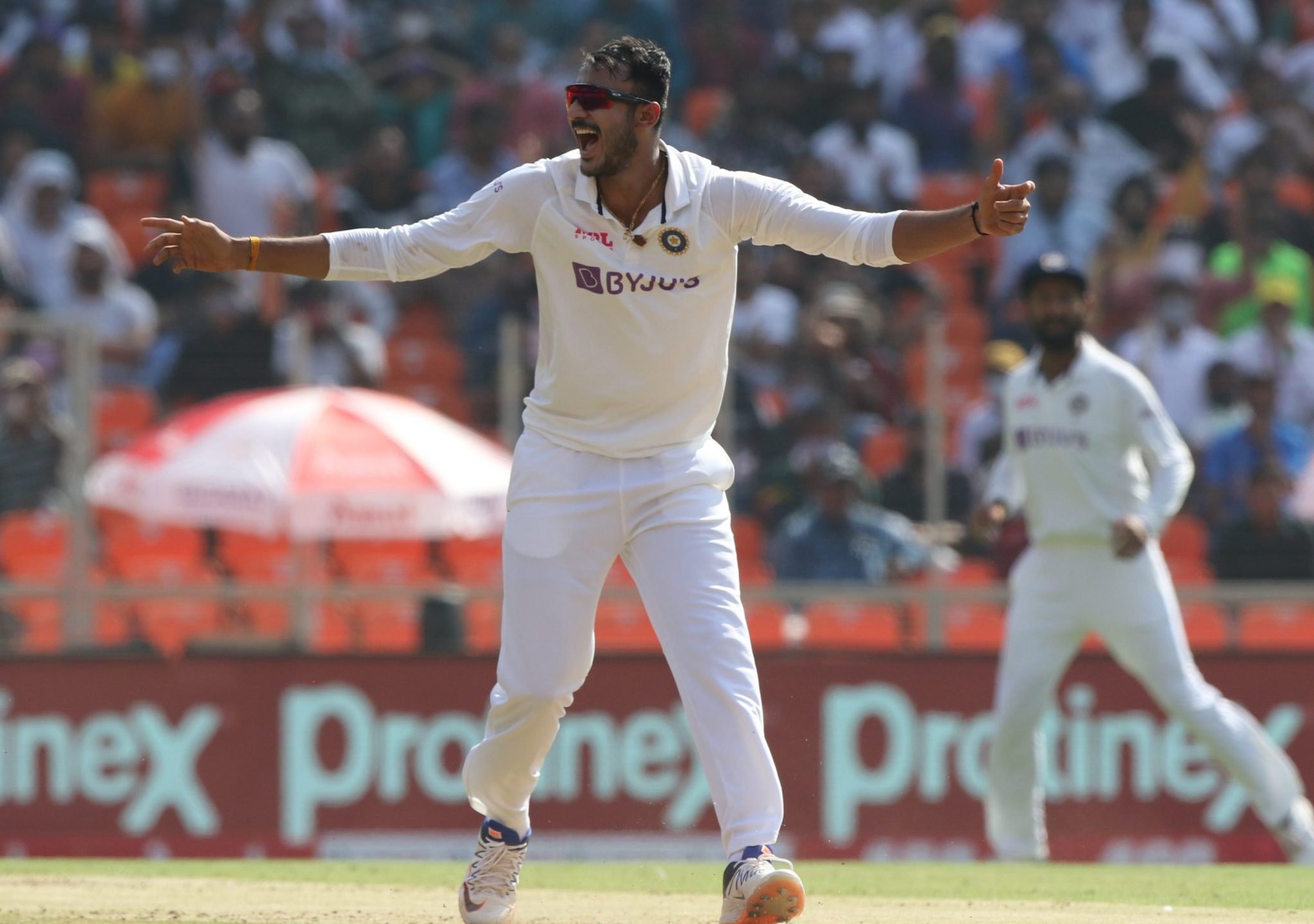 Ahmedabad: Left-arm spinner Axar Patel said on Saturday that it was his confidence that helped him take a nine-wicket haul in the fourth and final Test against England here.

Playing his first Test series, Patel captured 27 wickets at a stunning average of 10.59 in the four-match Test series.

“I think the confidence helped me. I got wickets in the first game and kept on carrying the confidence,” Patel said after India’s innings and 25-run win in the fourth Test on Saturday.

“I only bowled faster ones more often in the previous games but here we needed to vary our pace.”

Axar was partly responsible for Sundar remaining stranded at 96 for lack of partners when India were bowled out. Axar was run out as the eighth wicket and Ishant Sharma and Mohamed Siraj, who followed him, didn’t last long enough to help Sundar reach his maiden century.

When asked about century Patel said: “When I got back [into the dressing room] after being run out, I didn’t have enough time to talk to Washi as we were bowled out.”

Sundar, on the other hand, said he wasn’t disappointed at missing out on his maiden Test ton.

“To win my first series at home is amazing, feels great. Not at all disappointed to miss the hundred. The 100 will come when it’s the right time for me. I am happy to contribute to the team,” he said rather diplomatically.

About the Motera pitch, Sundar said: “To be honest, the pitch was very good to bat on. Credit to [James] Anderson, [Ben] Stokes for getting assistance on this surface, they bowled really well. The wicket is still good to bat on. If you apply yourself you can score.”