Will be available even if T20 World Cup is postponed: Hafeez 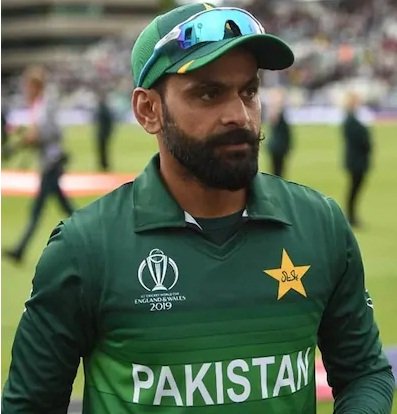 Lahore: Mohammad Hafeez will wait for the T20 World Cup to take place even if it happens next year before calling it a day from international cricket, the veteran Pakistan all-rounder said on Monday.

Hafeez, 39, added he wants to help the team win the T20 World Cup slated to take place in Australia and is not bothered about former players like Rameez Raja asking for seniors like him and Shoaib Malik to make way for youngsters.

“My plan was to retire after the T20 World Cup. I have always lived up to the (fitness) requirements needed to be in the team. I will wait for the T20 World Cup to take place and I will keep myself fit and ready to perform,” Hafeez told reporters during a video conference facilitated by Pakistan Cricket Board (PCB).

“I will step aside. But yes I will be available even if the T20 World Cup is postponed. I am fit. My dream is to win a World Cup for Pakistan and then quit,” said the 39-year old who has been named in the 29-member Pakistan squad for three Tests and as many T20Is against England to be played in August-September.

PCB did not award central contracts to seniors like Hafeez, Shoaib Malik, Wahab Riaz and Mohammad Amir but chief selector and head coach Misbah-ul-Haq has said they are in their plans.

Quizzed about his take on ICC”s ban on use of saliva on the ball, Hafeez said he is happy as long as cricket is resuming and these “small” changes are temporary and can be adjusted with.

“Life is a challenge. Personally I feel cricket resuming gives me greater joy and for that I am willing to neglect small changes in rule. It will be back and it is a temporary change I feel.

“I have been injured a lot of times and I managed to come back. So it”s similar. We need to sacrifice for the game to continue and we need to be ready to do it,” said Hafeez who has played 55 Tests, 218 ODIs and 91 T20s for Pakistan since making his debut in 2003.

Hafeez also said he does not think the team will require his services for the Test side in England, if need be he will make a U-turn on his decision to focus on white-ball cricket.

“All these players will go and return in one flight. There cannot be any replacement keeping safety in mind. I hope the situation does not arise where I have to play Test cricket again. But I will always put my hand up if the team needs me.”

At times you forgot whether it was Sushant or Dhoni: Watson