Will try to continue my good performance, says Vinesh Phogat after clinching gold 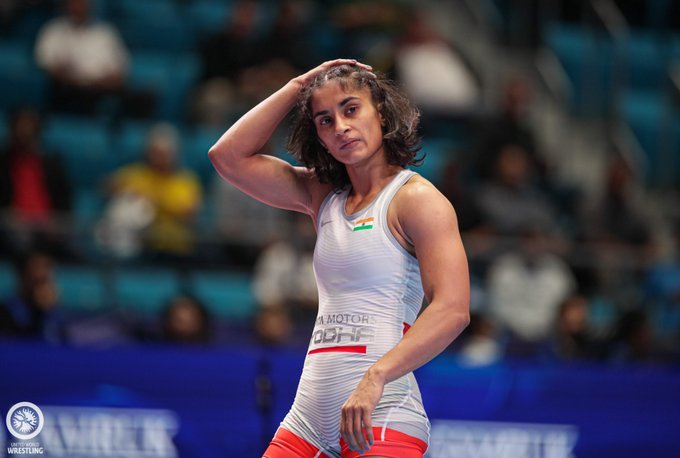 Birmingham: After winning the gold medal in the Commonwealth Games 2022, Vinesh Phogat said that she will try to perform better in the upcoming competitions.

She defeated Chamodya Keshani Maduravalage Don of Sri Lanka at the Coventry Arena Wrestling Mat B on Saturday.

“It was a good feeling when people were supporting us (inside the stadium). Today I was able to execute what I learned during my training &will try to continue my good performance in upcoming competitions,” Vinesh Phogat told ANI.

Phogat won the gold medal match by 4-0 via Victory by fall. She took two minutes and 24 seconds to win India’s second gold of the day at the CWG.

Phogat was in good form in this match. In the final three minutes, she managed to hold her ground and kept her opponent at bay to walk away with the gold medal. The Sri Lankan wrestler was no match for the Indian.