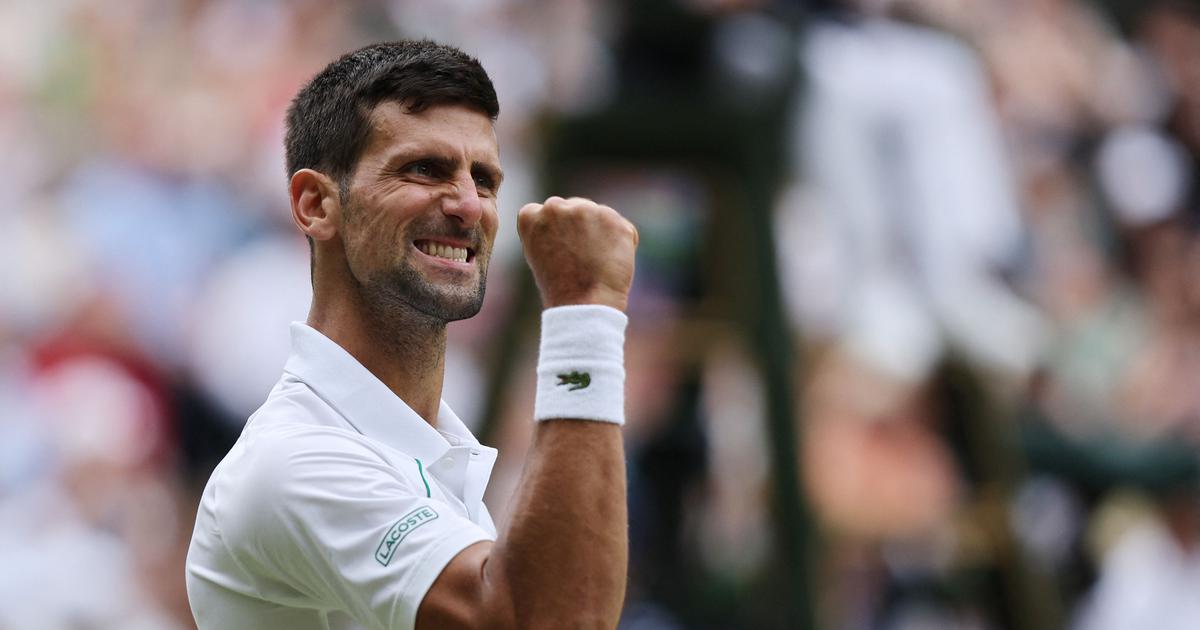 Defending champion Novak Djokovic battled back from two sets down to reach an 11th Wimbledon semi-final on Tuesday as Ons Jabeur became the first Arab woman to book a place in the last-four of a Grand Slam.

Djokovic, a 20-time major winner, said he had to give himself a talking to after going two sets down.

“The first two sets compared to the next three were like two different matches,” he said.

“But at the end of the second set I took a toilet break, gave myself a little pep talk, tried to gather my thoughts.

“I broke early in the third set. I saw a little bit of doubt start to come into his movement. I have many years’ experience of playing on these courts and coping with the pressure.”

Djokovic is no stranger to Grand Slam adversity, having twice come back from two sets down as recently as last year’s French Open.

The second of those stunning recoveries was in the final against Stefanos Tsitsipas.

After Tuesday’s bathroom break, he returned to court and grabbed a break in the fourth game of the third set as he trimmed his quarter-final deficit.

In control, the 35-year-old levelled the tie with a double break in the fourth set as Sinner took a worrying tumble on his ankle scrambling to the Centre Court net.

Djokovic carved out two more breaks in the decider, the second off the back of a stunning, cross-court backhand on the stretch to go to 5-2 before calmly serving it out.

“I played well but he raised his level,” said Sinner, who had never won a grass-court match before Wimbledon.

Ninth seed Norrie got the better of 58th-ranked Goffin to make the last four of a Slam for the first time.

Left-hander Norrie said he was struggling at the start of the match, admitting he was forced to dig deep.

“It was all just adrenaline, using my legs and trying to put the ball in the court, and it’s great to get over the line,” he said.

Norrie, the first British man to reach the Wimbledon semi-finals since Andy Murray in 2016, said he was going to “take it” to top seed Djokovic.

The result was tough on Goffin, who made the quarter-finals on his last appearance at Wimbledon in 2019.

Jabeur, the only top 15 seed to make the last-eight in the women’s tournament, battled back to see off 66th-ranked Bouzkova of the Czech Republic.

“It’s going to be tough to play her, she is a great friend,” she said.

Maria, 34, who saved two match points in the previous round against Jelena Ostapenko, made her Grand Slam debut in 2007 and had never progressed beyond the third round at a major before this year’s Wimbledon.

“I have goosebumps everywhere,” said the world number 103, who returned from maternity leave just under a year ago.

Wimbledon: Djokovic to face Sinner for spot in 11th semis, Jabeur closes in on new landmark