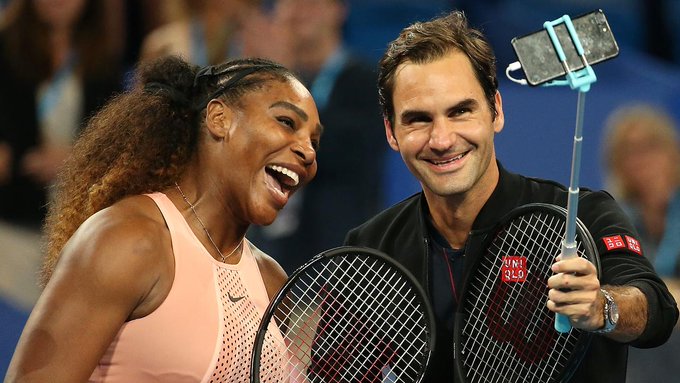 London: Eight-time Wimbledon champion, Switzerland’s Roger Federer, will have to potentially overcome world No.2, Daniil Medvedev of Russia, and Germany’s Alexander Zverev to reach a 13th Wimbledon final, according to the draw announced on Friday.

Federer, who has a 101-13 match record at Wimbledon since his debut in 1999, will take on France’s world No. 42 Adrian Mannarino in the first round. The sixth-seed Federer, who has beaten Mannarino six times overall, could face Queen’s Club Championships runner-up, England’s Cameron Norrie, in the third round.

Federer would be hoping to bounce back from a second-round loss at the Noventi Open in Halle (Germany) last week as he seeks a record-breaking 21st Grand Slam championship. Should the 39-year-old make it to the quarter-finals, he could meet Medvedev, who is competing at the Mallorca Championships this week.

World No. 1 Novak Djokovic of Serbia, who beat Federer in the 2019 Wimbledon final, might have to overcome Greece’s Stefanos Tsitsipas or two-time champion Andy Murray, in the semi-finals.

But before that, Djokovic will have to beat British wildcard Jack Draper in the opening round and South African Kevin Anderson in the second round. Fifth-seeded Russian Andrey Rublev could be his quarter-final opponent.

Third seed Tsitsipas will be attempt to get past American Frances Tiafoe in the first round, while fourth seed Alexander Zverev will takes on Dutch qualifier Tallon Griekspoor in his opening match.

Women’s world No.1 tennis player Ashleigh Barty faces a path strewn with challenges at Wimbledon, which begins on June 28.

The women’s draw was released on Friday even as defending champion Simona Halep announced her withdrawal due to a calf injury.

Ashleigh, who is a one-time Grand Slam winner — at 2019 French Open — and has never proceeded beyond the fourth round at Wimbledon, is drawn to face current French Open champion Barbora Krejcikova.

The Aussie starts against former world No. 6 Carla Su?rez Navarro, who will be playing her final Wimbledon. The Spaniard has successfully fought cancer over the past year.

Ashleigh may then run into 2017 Wimbledon semi-finalist Johanna Konta in the third round.

Two recent Wimbledon champions — the No. 6 seed Serena Williams and No. 25 seed Angelique Kerber — are expected to clash in the third round which could be a rematch of the 2016 and 2018 finals. Serena starts campaign against Aliaksandra Sasnovich.
Angelique will play Nina Stojanovic. The winner of Serena-Angelique clash could face either ninth seed Belinda Bencic or 20th seed Coco Gauff in fourth round.

Eighth seed and world No. 10 Karolina Pliskova will begin campaign against French Open semi-finalist Tamara Zidansek.
The Czech star will have to handle players adept on grass-court before getting to a last-16 clash against Kvitova.

No.5 seed Bianca Andreescu faces Aliz? Cornet in first round.