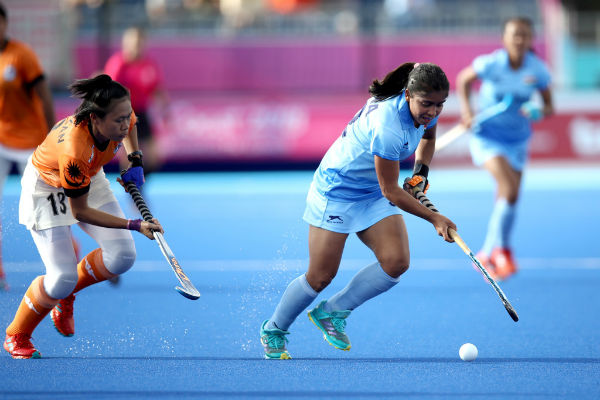 Bengaluru: Midfielder Neha Goyal has stated that the ultimate goal of the Indian women’s hockey team is to win a medal at the Tokyo Olympics slated to be held next year.

The Olympics were initially scheduled to be held in July-August this year but because of the Covid-19 pandemic, they have been postponed till next year’s summer.

“Our sole focus is on the Tokyo Olympics at the moment. We have been working hard on our fitness in the last few months and we will do everything we can to keep getting better at our game in the next few months,” said the 23-year-old.

“We had a fabulous 2019 after winning the FIH Women’s Series Finals and booking a place in the Olympics through the FIH Hockey Olympic Qualifiers. We have competed well against top teams in the recent past and therefore we have the belief that we can make history in Tokyo next year. It’s our ultimate goal to win a medal at the Olympics,” she added.

Goyal, who has played 75 matches for the Indian team, had to battle numerous difficult challenges to make it to the top level. She faced financial concerns when she took up hockey as her family found it hard to procure sport equipment for her and later, she also went through a series of injuries. The midfielder expressed that her never give in attitude helped her to tackle all the difficulties in her career so far.

“It was really tough for me when I started playing hockey in the fifth standard. My mother would work day and night to make sure that we had enough food and therefore it was very difficult for her to save some money for my equipment.

“And once I made it to the top level, I faced numerous injuries and was out of the Indian team for a long time. However, the most important thing for me was that I never gave up and kept persisting to beat any obstacle in my career and I am very glad that I have featured in many games for India since 2017 after coming back,” said the midfielder.

When asked about her biggest inspiration in her career, Goyal had no hesitation in saying that former India captain Pritam Rani Siwach has had a huge influence on her career.

“When I was in the fifth standard, I used to see Pritam didi’s photographs in the local newspaper and I used to go and watch her play in a local ground. One day she asked me why I go to the ground everyday and it was then I told her that I want to play the game,” said the hockey player from Sonipat.

“Since my parents couldn’t afford hockey equipment for me, Pritam didi provided the equipment to me and encouraged me to work hard on my game. I wouldn’t have reached where I am today without her support,” she added.