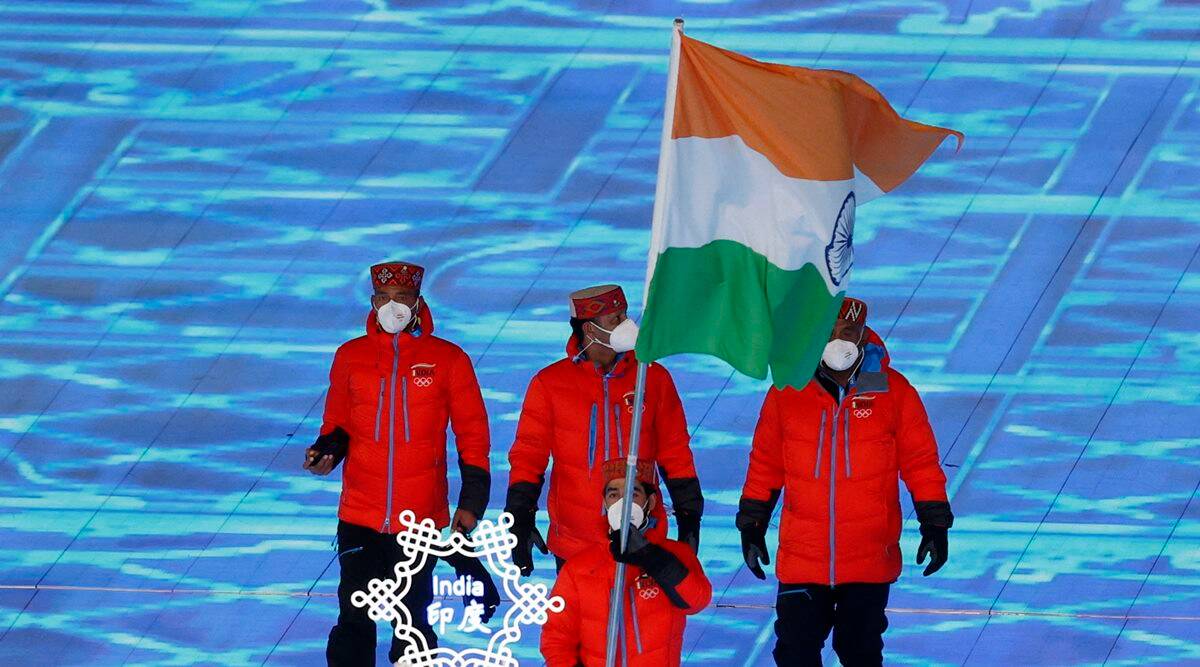 Skier Arif Khan led a small four-strong Indian contingent during the Winter Olympics opening ceremony on Friday amid a diplomatic boycott of the event by the country.

The 31-year-old Arif will be the lone Indian competitor at the Games, having qualified in Slalom and Giant Slalom events. India sent a six-member contingent to the Games including a coach, a technician and a team manager.

Arif is the first Indian to secure qualification in two events of the same edition of the Games and his competitions are slated for February 13 and 16.

India was the 23rd contingent to walk in during the grand ceremony at the iconic Bird’s Nest stadium as China welcomed athletes from 84 countries amid a diplomatic boycott by powerful nations such as the USA and Britain over its alleged human rights violations in the Xinjiang region.

India announced a diplomatic boycott of the Games after China fielded Qi Fabao, the regimental commander of the People’s Liberation Army, who was injured during the 2020 military face-off with Indian soldiers in the Galwan Valley in eastern Ladakh, as a torchbearer for the event’s Torch Relay.

India said China’s move was “regrettable” and it has chosen to “politicise” the Olympics.

Born in Kashmir’s Baramulla district, Arif took up skiing quite early in life, winning his first national slalom championship at the age of just 12.

He later went on to win two gold medals in the Slalom and Giant Slalom events of the South Asian Winter Games in 2011.

He has also participated in both the editions of the Khelo India Winter Games held in Gulmarg, Jammu and Kashmir.

Arif’s inspiration was his father Yasin Khan, who owns a ski equipment shop in Gulmarg, a popular tourist destination in Jammu and Kashmir.

Previously, India’s Winter Olympics campaigns have been identified with one man — veteran luge athlete Shiva Keshavan, who represented the country in six editions of the mega-event.

The 40-year-old from Manali, Himachal Pradesh has now taken up the role of promoting winter sports in India.