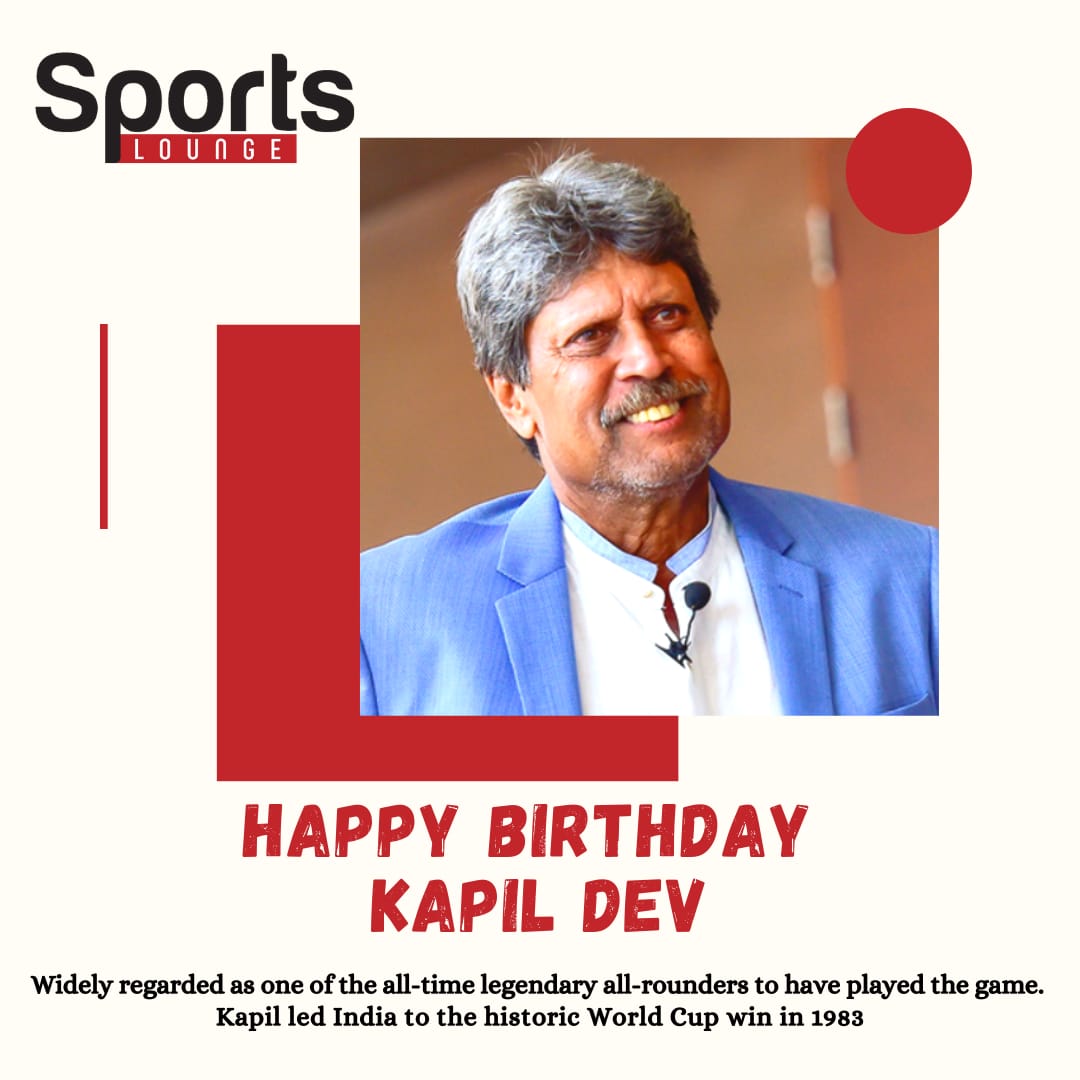 “Happy Birthday @therealkapildev. Wishing you happy times ahead for you and your family. Have a wonderful and a healthy year ahead,” wrote Kohli.

Yuvraj Singh tweeted: “Wishing a very happy birthday to the legendary champion & greatest all-rounder @therealkapildev paaji. May you continue to be blessed with good health and success. Looking forward to teeing-off with you real soon! Have a wonderful year ahead. Best wishes.”

“Warm birthday wishes to a man who has touched and inspired so many lives with joy. Wishing you a blessed, healthy, fruitful, and eventful year @therealkapildev paaji,” said VVS Laxman.

The Board of Control for Cricket in India (BCCI) and International Cricket Council (ICC) also took to their official Twitter handles to extend wishes for Kapil.

He held the world record for most Test wickets (434) for over six years until it was broken by Courtney Walsh of the West Indies.

The other big achievement of Kapil was to lead India to World Cup triumph in 1983, when the team was considered minnows in limited-overs cricket. He played 131 Tests and 225 ODIs between 1978 and 1994.

The former India captain had suffered a cardiac arrest in October last year and subsequently underwent an angioplasty surgery in the national capital.

Happy Birthday @therealkapildev 🎂. Wishing you happy times ahead for you and your family. Have a wonderful and a healthy year ahead.