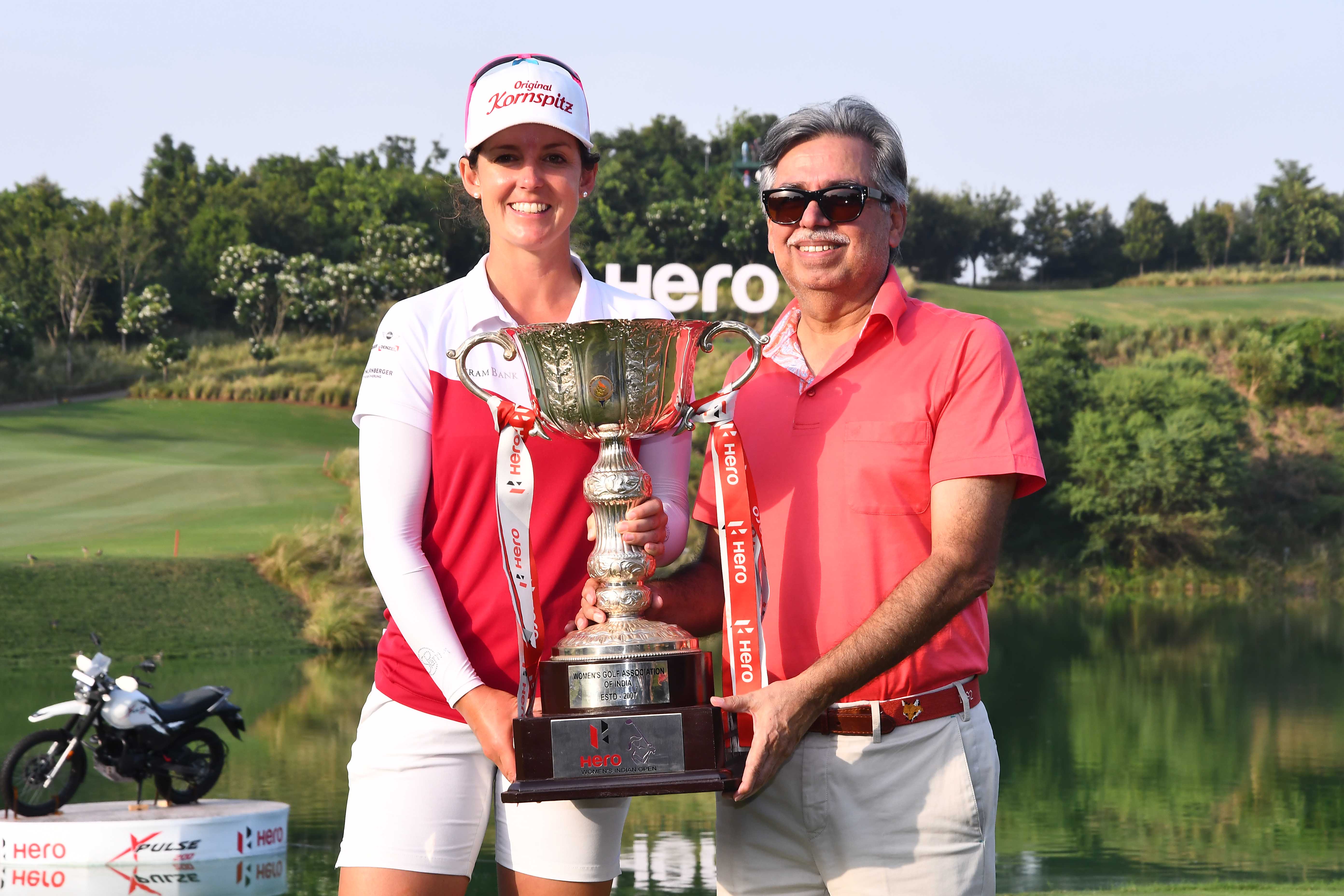 Gurugram: The country’s top amateur golfer Anika Varma finished a creditable fifth in the Hero Women’s Indian Open with a 3-under par aggregate of 285 and a final day card of two-under 70.

The 15-year-old Anika was one shot ahead of best-placed home professional Tvesa Malik, who was tied sixth at one-under 287.

“I was pretty nervous in the beginning but as soon as I hit my first tee shot I felt fine. I had a good group (with Sweden’s Emma Nilsson and Manon De Roey of Belgium) today and I enjoyed playing with them. That helped me play well too,” Anika said.

“I was pretty consistent today, just had one double (bogey) on the 16th. Before that, I was doing pretty good and I didn’t miss a single regulation before the 16th hole, I think only that one and the 18th, which was the highlight of my day.”

Last year, Tvesa had finished as the best home golfer at tied 13th and Sunday’s result was significant progress for the LET rookie as well.

“I think it was a little bit more of a struggle but I am happy with my overall performance for the week. I think I am happy with my game and the way I handled the pressure on the course, so I’m quite pleased overall,” said Tvesa.

“I missed a lot of putts so that was not a great part of my game. On the 18th hole, I definitely wasn’t expecting that to happen at all (chip-in from off the green) so I’m glad I could make a birdie from there.”

Christine Wolf of Austria buried the ghosts of the past with a bogey-free final round to clinch her maiden Ladies European Tour title.

The HWIO and the DLF Golf and Country Club is becoming a happy hunting ground for first-time winners. Following Welsh veteran Becky Morgan’s breakthrough win after 19 long years on the Ladies European Tour in 2018, it was the 30-year-old Austrian Wolf’s turn as she grabbed her first title after six years on the Tour.

Wolf, who received the trophy from Hero MotoCorp Chairman Pawan Munjal, showed no nervousness on the final day as she delivered a commanding bogey-free final round of 69 to total 11-under 277 and win with rounds of 73, 68, 67 and 69.

She finished three shots ahead of Marianne Skarpnord (70 and eight-under) and four ahead of MacLaren (72 and seven-under). Whitney Hillier, the halfway co-leader, shot 72 and was sole fourth at six-under.

“I’m super happy obviously with this first LET win, but also that I did it here,” said a beaming Wolf.

“Everyone knew of last year’s drama coming into the week here so to win by three shots was very nice. But you can’t get ahead of yourself in golf and I was obviously a little nervous.”