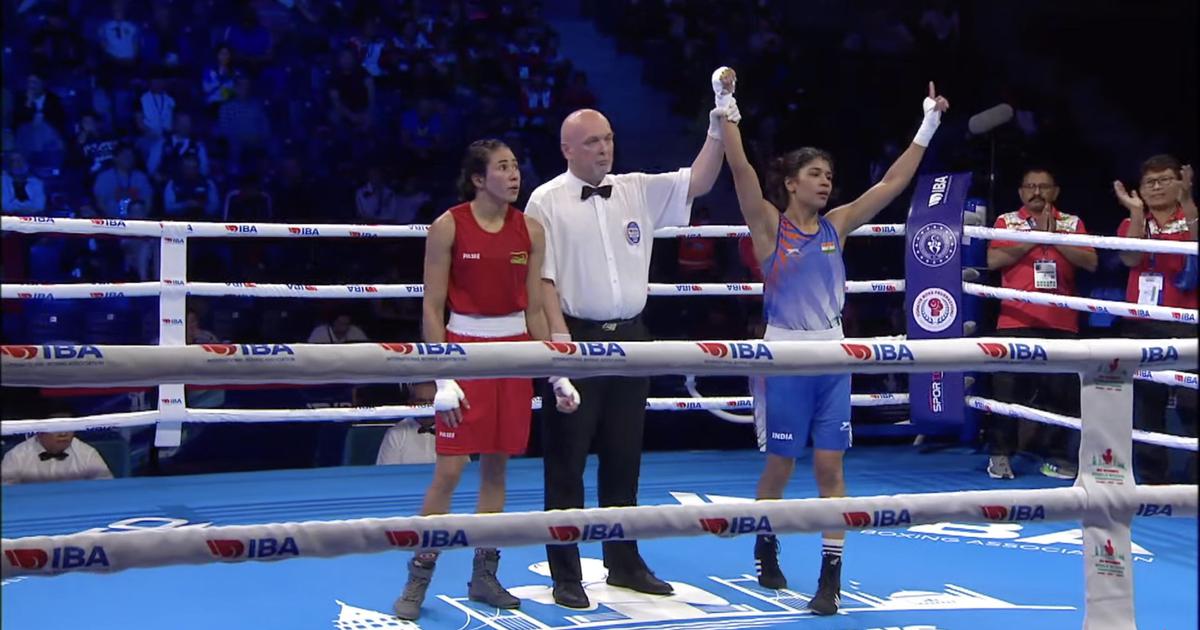 Indian boxer Nikhat Zareen punched her way into the final with a sensational win while Manisha and debutant Parveen ended their campaigns with bronze medals after defeats in the semi-finals at the 12th edition of the IBA Women’s World Boxing Championships in Istanbul on Wednesday.

Exhibiting a skilful display, Nizamabad-born boxer, Nikhat pulled off a comprehensive 5-0 win against Brazil’s Caroline De Almeida in the 52kg semi-final. On the other hand, Manisha (57kg) and Parveen (63kg) gave their all but ended up with 0-5 and 1-4 defeats against the 2020 Olympic Games bronze medallist Italy’s Irma Testa and Ireland’s Amy Broadhurst respectively.

In the last edition of the tournament, held in Russia in 2019, Indian boxers clinched one silver and three bronze medals. India have won 36 medals, including nine gold, eight silver and 19 bronze, in the 11 editions of the tournament so far—third highest after Russia (60) and China (50).