Women’s Euro 2022: Sweden set up SF clash against England after 1-0 win over Belgium 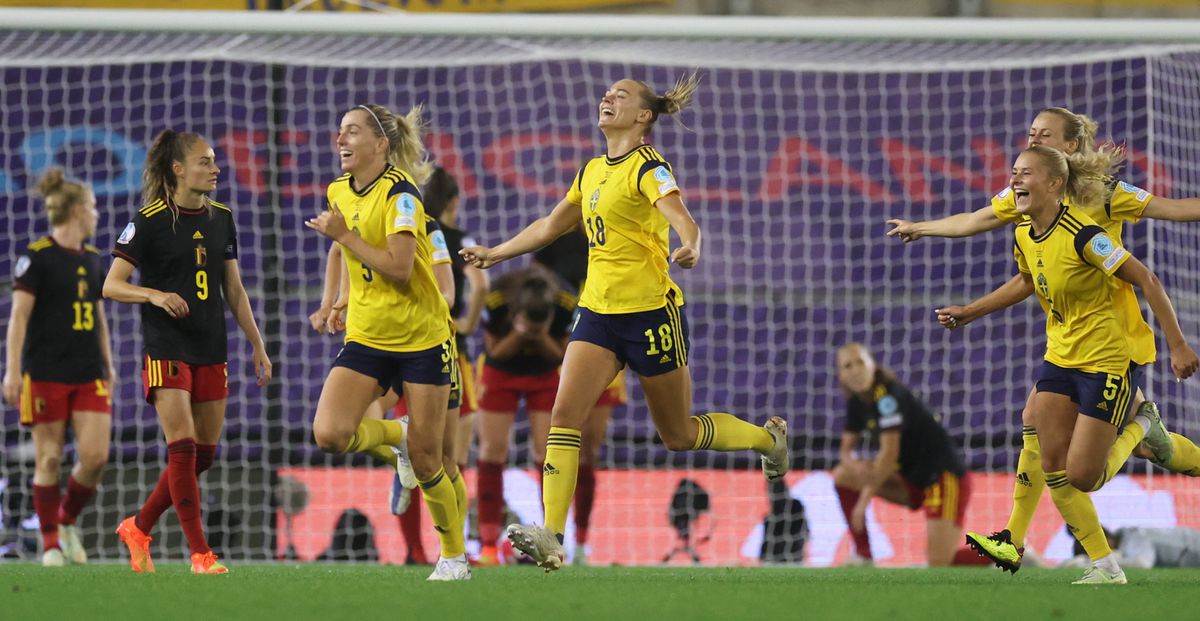 Manchester: An extra-time strike by Linda Sembrant helped Sweden set up a Euro 2022 semi-final clash with England following a win over Belgium by 1-0 in the quarterfinal on Friday.

Sweden were heading into the game as favourites. The scoreline reading in their favour does not truly capture the level of competition in the game and how close it was between both sides.

Sweden thought that they had taken a first-half lead after Stina Blackstenius fired past goalkeeper Nicky Evrard, but after a VAR check, she was deemed to be offside.

Sweden had better opening chances. Filippa Angeldahl almost scored in the sixth minute but a superb save from the keeper followed. Angeldahl failed at another attempt from the corner. Evrard also stopped Amanda Ilestedt’s flicked corner at the near post and prevented Blackstenius from successfully netting a rebound.

Belgium also got some chances in the first-half, but could not convert them into goals. The first half was a goalless one.

The second half was off to an exciting start, as Illestedt sent a cross onto the corner of the post, but up was the offside flag!

Sweden almost took a lead in the 73rd minute. Free-kick by Asllani was nodded back across by Linda Sembrant, landed for Blackstenius, but her attempt from inside of six-yard box was stopped by Evrard.

But despite all the hardwork, Belgium defence was finally breached in the extra time by Linda Sembrant, who hit a rebound from close range to send her side into the final four.

Sweden’s semi-final clash against the tournament hosts England will take place on Tuesday for a place in Euro 2022 final at the iconic Wembley Stadium on July 31.

Earlier on Thursday, Germany overpowered Austria in a 2-0 win to reach the semi-finals of women’s euro 2022 at the Brentford stadium.

Germany registered a win over Austria with a fairly dominant performance, allowing the opposition team a little possession. It was still a good matchup between both teams as Austria made some opportunities for themselves, but failed to capitalize with three shots on the post.

In the semi-finals, Germany will lock horns against France or Netherlands.

On Wednesday, England booked their place in Euro 2022 semi-finals by winning 2-1 against Spain.