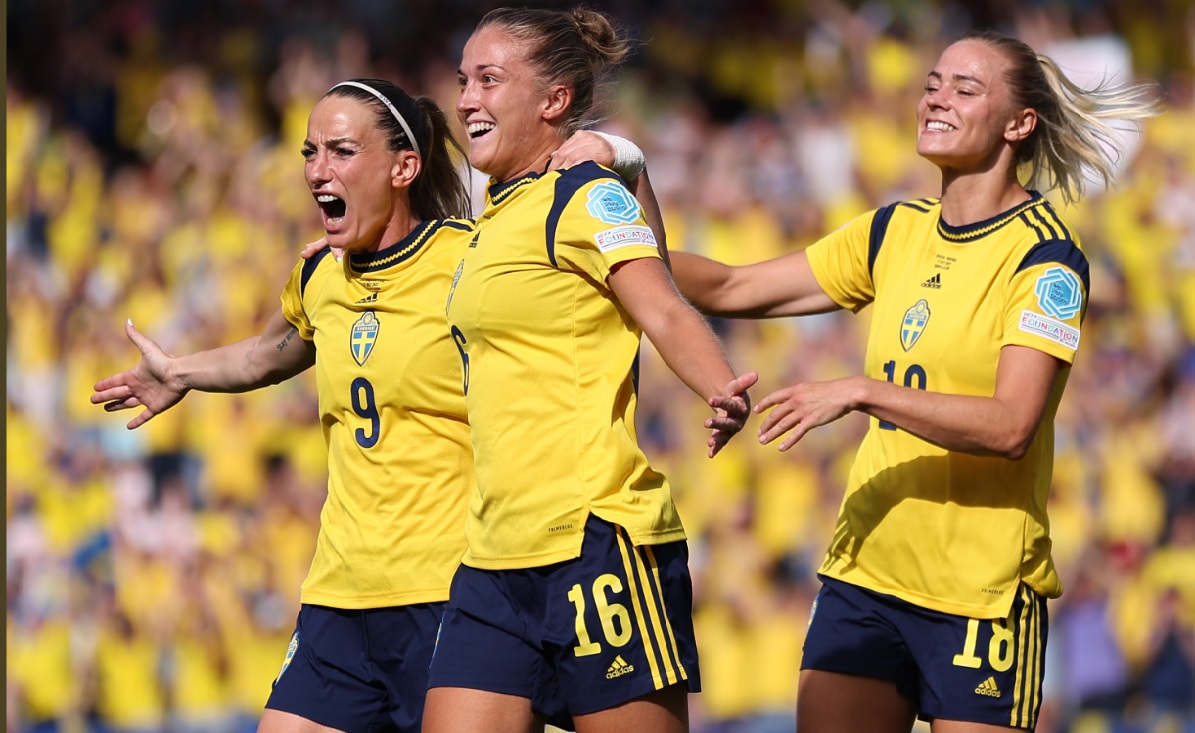 Sweden thrashed Portugal 5-0 to reach the quarter-finals of Euro 2022 on Sunday as holders the Netherlands needed a flurry of late goals to beat Switzerland 4-1 to ensure their place in the last eight.

Silver medallists at last year’s Olympics, Sweden are the highest ranked team in the tournament, but failed to hit top gear in drawing with the Dutch and squeezing past the Swiss 2-1 in their opening two games.

Peter Gerhardsson’s women clicked into gear in Leigh to claim top spot in Group C and were 3-0 up by half-time.

Manchester City’s Filippa Angeldal struck twice before Carole Costa headed into her own net in first half stoppage time.

Kosovare Asllani’s penalty made it 4-0 before Arsenal striker Stina Blackstenius finally got on the scoresheet after having two earlier efforts ruled out.

Sweden will face whoever finishes second in Group D with Belgium, Iceland and Italy all in with a chance to finishing behind France in Monday’s matches.

“We were really satisfied that we did enough to win the group. That was something we hoped for when we started,” said Gerhardsson.

The Netherlands lie in wait for the French in the last eight as they had enough to get through despite missing star striker Vivianne Miedema for the second consecutive game due to a positive case of coronavirus.

“We’re playing a big opponent and so are they. I don’t think they want to play us,” said Netherlands boss Mark Parsons, whose side lost 3-1 to France in February.

“The result wasn’t what we wanted (last time), but we said that the next time we played them, we were confident that we would be better. We saw opportunity.”

In front of a new record crowd of 22,596 for a women’s Euro group match not involving the hosts, Ana-Maria Crnogorcevic’s own goal put the Dutch in front in Sheffield.

A draw would have been enough for Mark Parsons’ side to reach the knockout stages, but they made sure of the three points with three goals in the final six minutes

Substitute Romee Leuchter struck twice, either side of Victoria Pelova’s effort, which survived a lengthy VAR check for offside.