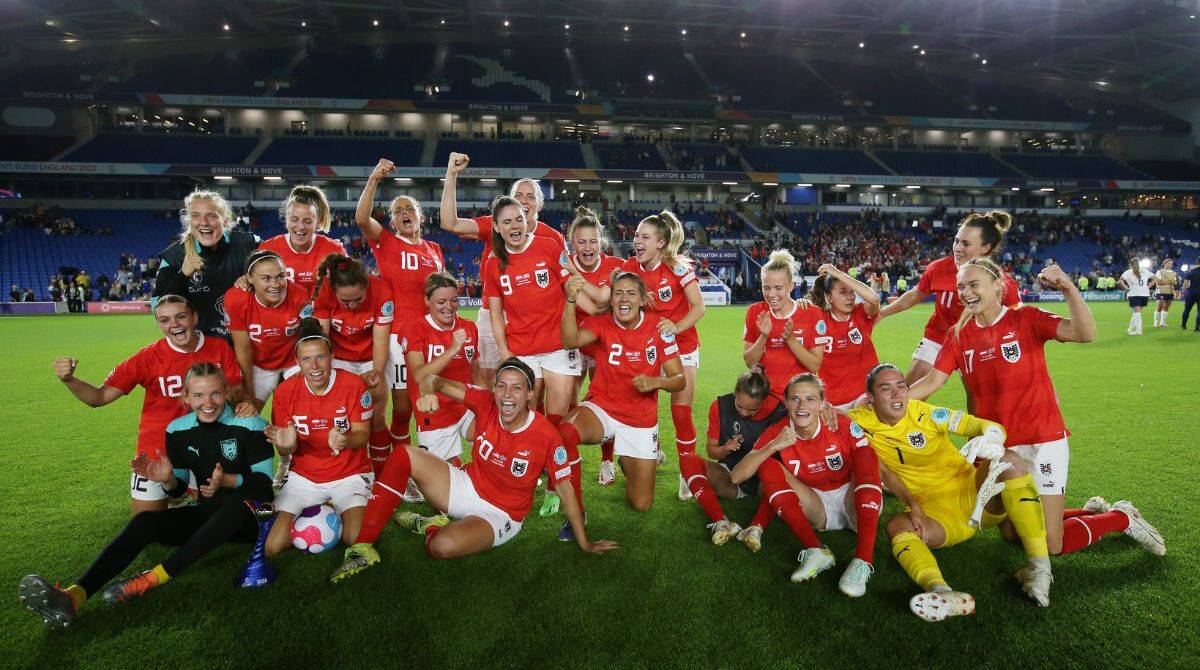 Austria set up a Women’s European Championship meeting with Germany by eliminating star-studded Norway after their 1-0 on the matchday 3 meeting in Group A.

Nicole Billa’s header in Brighton clinched the win that sealed second place in Group A, leaving Norway in third place despite being able to deploy 2018 Ballon d’Or winner Ada Hegerberg.

Austria’s women are playing at only their second European Championship after making it to the semifinals in 2017.

“We fought until the end, trying to take away Norway’s last hopes and desire to score,” said Billa, who plays for Hoffenheim. “I am very happy we will play against Germany. I know a lot of familiar faces from the Bundesliga there and I haven’t seen some of them for a while.”

It is the second consecutive exit in the group stage for Norway, although this time the two-time European champions picked up one win unlike in 2017.

“Everyone has a responsibility in this, myself included,” Hegerberg said. “There has to be a brutal honesty in evaluating everything that’s happened in the last few weeks in order to actually bounce back from this. So we will have to find the answers and we’ll have to work on it right away.”

The group was won by host nation England, which put on another dazzling display by routing Northern Ireland 5-0 in front of around 30,000 fans in Southampton. It is 14 goals without reply in three games at the tournament for the team led by Sarina Wiegman, who missed Friday’s game after testing positive for COVID-19.

Northern Ireland had already been eliminated and England was sure of advancing before kickoff in Southampton but it took Wiegman’s side 40 minutes to break the deadlock against the tournament newcomers when Fran Kirby struck a curled shot from the edge of the box over the defense and into the top corner.

England doubled its lead before the break with Beth Mead taking her tournament tally to five. The Arsenal forward took a touch in the box before calmly slotting the ball into the back of the net.

She turned provider three minutes into the second half, with a cross headed in by substitute Alessia Russo.

Russo had to wait only until the 53rd minute for another goal, taking a touch to lose the defender before slotting past goalkeeper Jacqueline Burns after being played in by Ella Toone.

England’s fifth came in unfortunate fashion for Northern Ireland, as Kelsie Burrows inadvertently lifted the ball in over her own goalkeeper as she attempted to deal with a cross.

“We love to be ruthless, we love to score goals and, hopefully, there is more of that to come,” Russo said. “It’s maybe something we’ve lacked in the past, but at this tournament we’re really growing.”

England will play Spain or Denmark on Wednesday in the quarterfinals, depending on which team finishes runner-up in Group B.