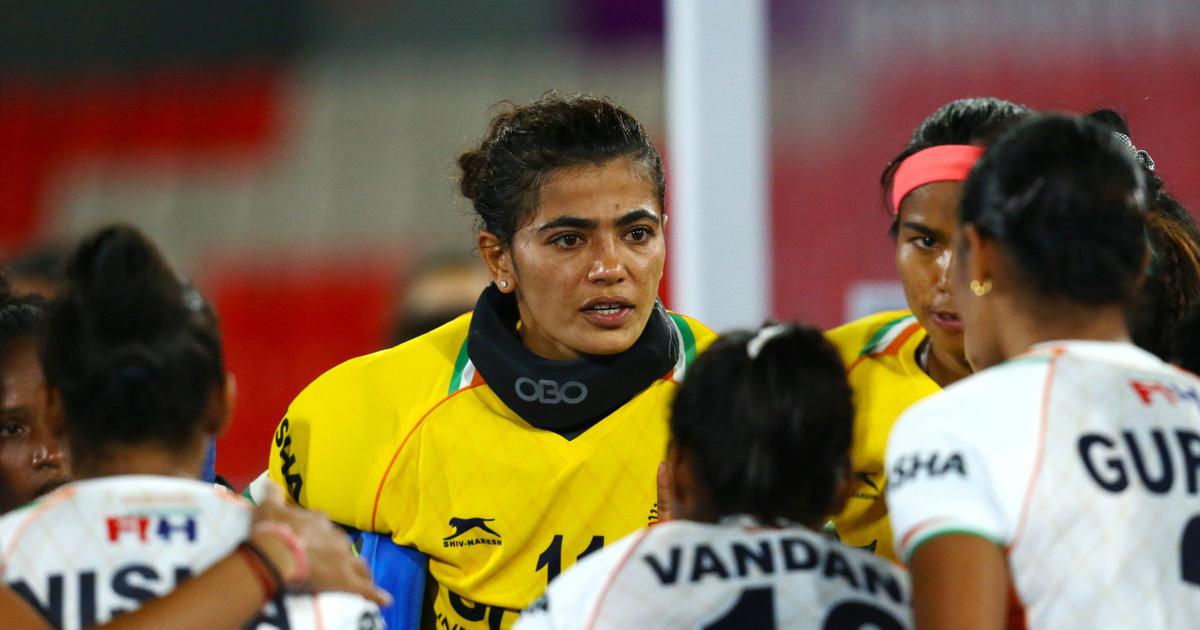 After the two teams ended the regulation time at 1-1, the Indian team defeated Canada 3-2 in the penalty shootout to progress to the 9-12th placings of the tournament.

Madeline Secco (11′) scored for Canada, while Salima Tete (58′) scored the equaliser for India in the regulation time.

Savita, who put up a scintillating show, made a total of six saves in the shootout, while Navneet Kaur, Sonika and Neha converted their chances to help India register their first win in the competition.

An attacking start to the match saw the Indian Women’s Team retaining most of the ball possession, trying to make space in Canada’s half, but without causing much harm. Canada, on the other hand, took some time to settle into the match and started to put pressure on India. Their first real attack came in the 10th minute when they earned their first Penalty Corner of the match, but missed out on converting it. In just the next minute, they went on to break the deadlock through Madeline Secco, who managed to find the back of the net after a mistimed PC attempt.

Trailing by a goal, India started the second quarter aggressively and penetrated the Canadian defence on a number of occasions in the second quarter. One such opportunity came in the 25th minute when Vandana and Navneet combined together to take a shot on goal. But Canadian Rowan Harris averted the danger. Putting pressure on their opponents, India went on to create various goal-scoring opportunities in the closing stage of the first half, but the Canadian defence unit kept Indian attackers at by to maintain their 1-0 at the end of the first half.

India continued to play aggressively in the third quarter and was presented with a glorious opportunity to draw parity in the opening minutes of the second half. It was Navjot Kaur who was in an ideal position to shoot at goal, but her attempt went over the bar. Minutes later, India conceded yet another Penalty Corner but Savita made a brilliant save. India went on two earn back-to-back Penalty Corners missed out on converting their chances. In the last minute, India again missed out on a golden opportunity to score as Lalremsiami’s diving attempt off Salima Tete’s pass from the right flank missed the target.

Desperately looking for an equaliser, India showed urgency to convert a goal in the final quarter. After a number of missed PC attempts, India finally scored an equaliser in the 58th minute through Salima Tete who found the back of the net through a perfectly executed PC variation. Canada earned the PC right away but missed out on converting it, thus ending the match at a 1-1 stalemate.