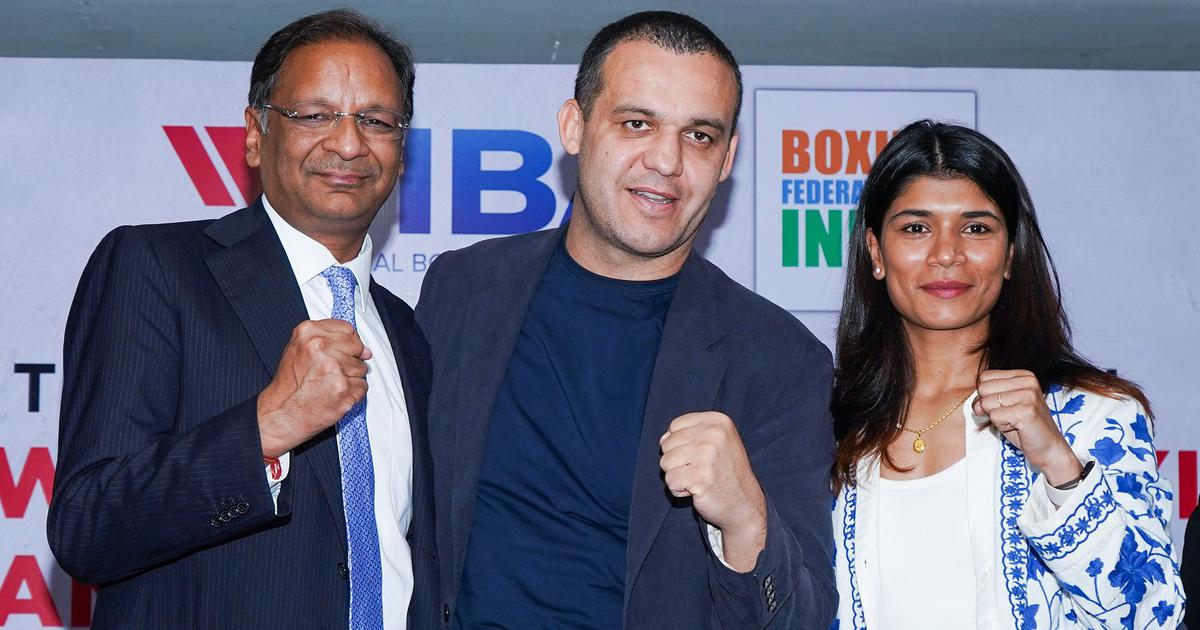 New Delhi: India has been announced as the host country for the 2023 IBA Women’s World Boxing Championship here on Wednesday.

The announcement was made on Wednesday at a press conference in New Delhi where a Memorandum of Understanding was signed between the International Boxing Association and the Boxing Federation of India in the presence of IBA President Umar Kremlev and BFI President Ajay Singh. Reigning world champion Nikhat Zareen was also present on the occasion.

“This is my first visit (to India) and it is been fantastic so far. India is very passionate about boxing and conducting the World Championship here will be the perfect opportunity to celebrate the innumerable victories as well as inspire many more women to take up the sport and popularise the game more than ever. BFI has worked effortlessly to develop boxing in India and the region and I’m sure they will stage an event to remember,” Kremlev said.

BFI and IBA will be working to introduce a historic bout review system at the Championships. The event will see a total prize pool of approximately Rs 19.50 crore ($2.4 million) and the gold medallists will be awarded with approximately Rs 81 lakh ($100,000).

Boxing in India has grown rapidly in the past few years. India has been regularly finishing amongst the top 5 countries in the recent global and multi-event competitions like the World Championships, Asian Games and Commonwealth Games.

“We are delighted that New Delhi has been named as the host for the World Championships 2023. Hosting three major championships in a span of seven years showcases India’s ability to build infrastructure and capabilities. This is also a reflection of the trust and importance of India in the world of boxing. A tournament of this stature also helps empower women in India giving them the belief to take up sport too,” said BFI president Ajay Singh.

It will be the third Women’s World Championships to be conducted in India. Since the inaugural edition in 2001, the prestigious biennial competition was held in India in 2006 and 2018 – in the capital on both occasions. India also hosted the Women’s Youth World Championships in 2017.

“I’m super excited and really looking forward to playing in front of the home crowds. Hosting an event of this stature is hugely prestigious and always inspires millions of young girls to take up the sport. The countdown has already begun and I am looking forward to defending my title here in New Delhi,” the reigning World Champion Zareen said.

With Zareen finishing on top of the podium in the last edition earlier this year in Turkey, Indian women have clinched 39 medals, including 10 golds, in the 12 championships played so far.