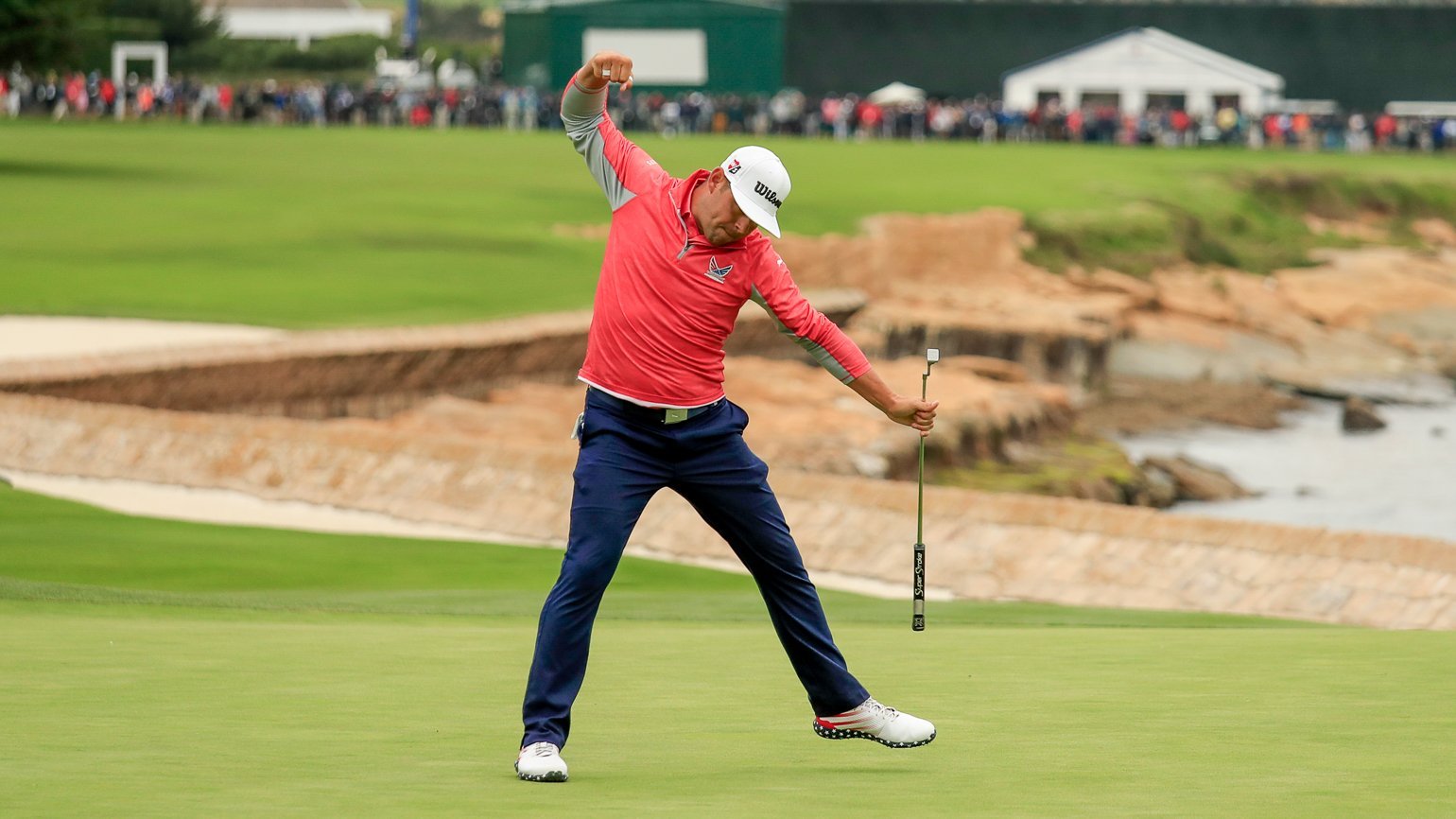 Gary Woodland celebrates after sinking a birdie on the final hole to lift the U.S. Open title at Pebble Beach golf course on Sunday. Photos: @usopengolf

Woodland, with an overall tally of 13-under par, converted a 54-hole lead for the first time in eight attempts with a solid back-nine, highlighted by a final hole birdie.

Interestingly, Woodland’s eventual total was one better than the 12-under-par carded by Tiger Woods at Pebble Beach 19 years ago. While Woods was the only player under-par back in 2000, marching to victory by a massive 15 strokes, Woodland topped a leaderboard that featured 31 players under-par. 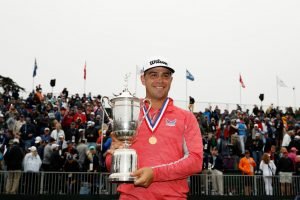 Out of them, Koepka was the biggest challenger, trying to become just the second player in golfing history to win three back-to-back U.S. Open titles. He started the day four strokes off Woodland’s lead and immediately applied pressure with four birdies in his first five holes. But his three-under 68 left him three strokes shy on 10-under 274.

A relieved Woodland later admitted that he was anxious till the last putt went in.

“Once that went in, it all kind of came out of me, it was special to finish it off here at Pebble Beach,” said Woodland.

“I was proud of myself to stay in my moment and control myself and not get too worried about what he (Koepka) was doing,” Woodland added.

England’s Justin Rose, who started the day one shot behind Woodland, struggled to a three-over 74 to finish tied for third on seven-under with Americans Xander Schauffele and Chez Reavie and Spain’s Jon Rahm.

Woodland, 35, took a two-shot lead with a bold birdie at the par-five 14th, where he powered his second shot to the short rough behind the green and chipped to three feet.

“The idea was to play to win,” Woodland said. “That birdie kind of separated me a little bit.”

He was in trouble at the par-three 17th, where his tee shot found the front right of the putting surface — on the wrong side of a ridge in the hourglass green.

Gary Woodland recorded his fourth-consecutive round under 70 to capture the #USOpen title and the @Lexus Top Performance of the Day! #LexusGolf pic.twitter.com/5e0VJVNC1r

Woodland opted to pitch up and the shot tracked straight toward the hole, settling two feet away.

“I was just trying to get it over that hump,” Woodland said. “Fortunately I had the same shot earlier in the week, so I already executed it once. It came off beautifully, and I thought it had a chance to go in there — it gave me a little cushion on the last.”

With Pebble Beach becoming responsive in the second half of the day, Louis Oosthuizen got to nine-under. So did Adam Scott.

Only Rory McIlroy was going backwards, the Northern Ireland star’s bid doomed by a brace of double-bogeys. Even Tiger Woods got on the birdie bandwagon with six birdies on his last 12 holes. But after four bogeys in his first five, it was too little too late, the former World No. 1 finishing two-under and 11 shots off the pace.