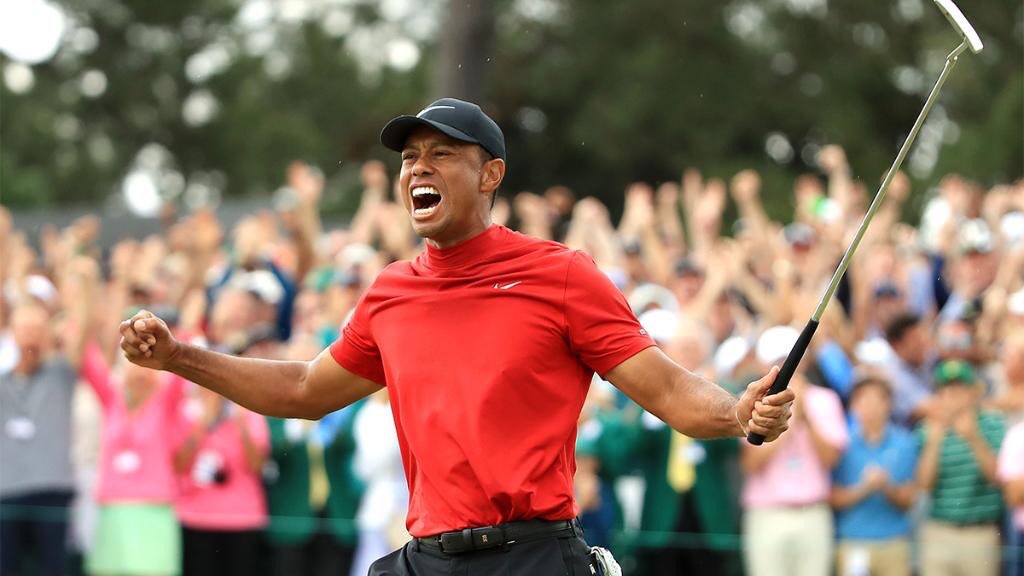 Washington: A day after ace golfer Tiger Woods won his fifth Masters title and 15th major tournament in a rousing resurrection of his career, US President Donald Trump said that he would give him the Presidential Medal of Freedom.

“Because of his incredible success and comeback in sports (golf) and, more important, life, I will be presenting him with the Presidential Medal of Freedom,” the President tweeted.

Spoke to @TigerWoods to congratulate him on the great victory he had in yesterday’s @TheMasters, & to inform him that because of his incredible Success & Comeback in Sports (Golf) and, more importantly, LIFE, I will be presenting him with the PRESIDENTIAL MEDAL OF FREEDOM!

On Sunday, the golf icon won his fifth Masters, the first major of the season played this week at the Augusta National course in Georgia, 14 years after his first victory in 2005.

The Presidential Medal of Freedom is the nation’s highest civilian honour and is awarded to those who make outstanding contributions to national security or national interest, world peace, culture or other public or private endeavours.

The medal has been awarded since 1963, and is typically given to a dozen or fewer people each year.

I am literally in tears watching @TigerWoods this is Greatness like no other. Knowing all you have been through physically to come back and do what you just did today? Wow Congrats a million times! I am so inspired thank you buddy.

Over the years numerous sports figures have received it, especially under the presidencies of George W. Bush, Barack Obama and Trump.

Congratulations, Tiger! To come back and win the Masters after all the highs and lows is a testament to excellence, grit, and determination.

Woods will not be the first golfer to get the award; Arnold Palmer and Jack Nicklaus were honoured in consecutive years in the mid-2000s, and Charles Sifford, the first African-American to play on the PGA Tour, was honoured in 2014.

Woods has a longstanding relationship with Trump, an avid golfer. They own property near each other in Florida and have golfed together a number of times, both before and after Trump became President.

In February, Trump tweeted a picture of himself with Woods and Nicklaus at the Trump National Golf Club in Jupiter, Florida.

Tennis legends Serena Williams and Chris Evert were also among those who showered praise on Woods.

Tiger has shown us all that you can always come back.. in sport and in life.. if you put in the work…#nevergiveup