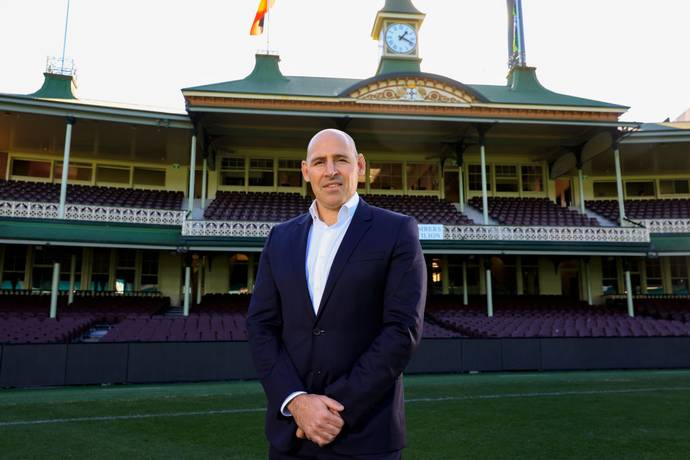 New Delhi: Cricket Australia (CA) chief executive Nick Hockley has said that he is working closely with the country’s federal and state governments to find a way out to ensure that the families of England cricketers can accompany them during the long Ashes series beginning in December this year.

A report in cricket.com.au on Wednesday said that Hockley had been in touch with England and Wales Cricket Board (ECB) officials “to try and allay concerns raised by some England players about the bio-security measures surrounding this summer’s Ashes series”.

“He (Hockley) spoke with his ECB counterpart Tom Harrison last night (Tuesday) and acknowledged he felt a high degree of empathy for the England players, who have spent much of the past 18 months in bio-secure bubbles and face a further five-month stretch if they are involved in both the T20 World Cup and Ashes,” said the report.

“It’s a long time away (from families), it’s a long time in bio-secure bubbles,” Hockley said of the ICC T20 World Cup and the Ashes tours which would keep the England players away from their families for nearly than five months.

“So we’ll continue to work through the appropriate channels to try and get support for families to join the tour. Our hope is that, over the coming weeks, we’ll be able to provide the assurance that the plans we’ll have in place will provide them with the comfort that they’re going to have a great experience, and for those who want to bring family members that they can.”

Stringent Covid-19 protocols in several states in Australia have made it extremely difficult for families of England cricketers to accompany them Down Under.

“Ultimately it will be their decision as to who they’ll (England cricketers) bring, but we’re working extremely constructively with the ECB.”

Hockley also hoped that with the vaccination drive gathering pace across the country, it could be possible for venues to host crowds near full capacity during the Ashes.

“I think that’s a positive sign of what’s possible and all the indications are that vaccination rates (in Australia) will be high come the end of the year, so we remain extremely optimistic. We’ve obviously got contingency plans for any eventuality, but our hope is that everyone gets vaccinated and, come the summer, we’ll all be back to live events and the Ashes.”