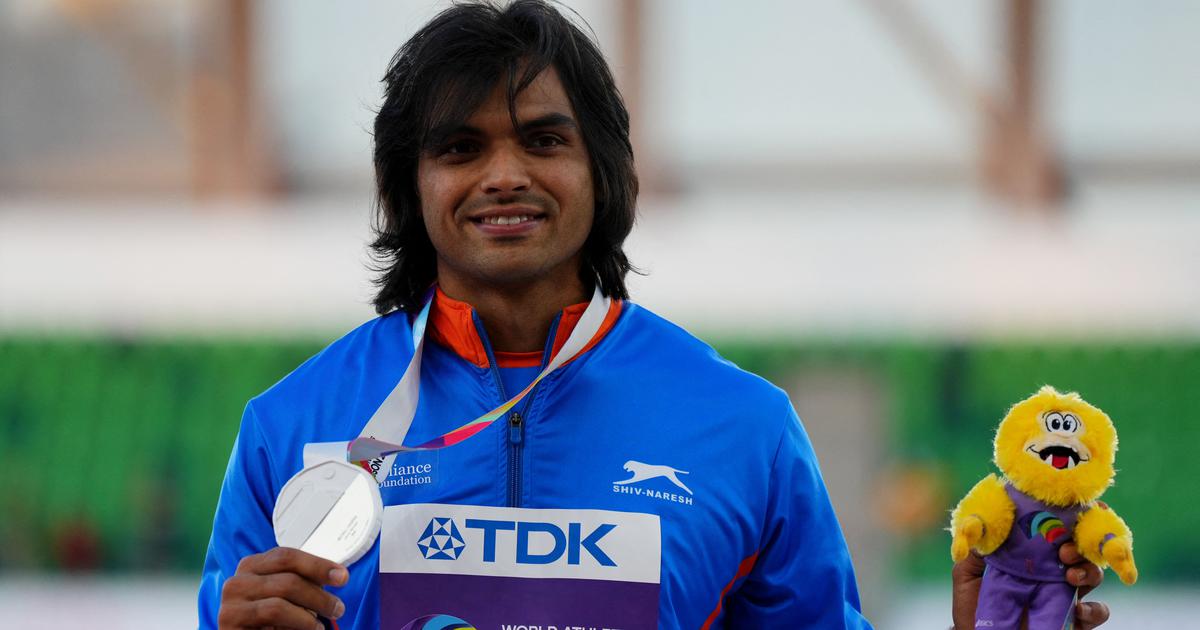 Oregon: After Tokyo Olympic gold medallist Neeraj Chopra bagged the silver medal at the prestigious World Athletics Championships, wishes started pouring in from all over the country.

Neeraj recorded a distance of 88.13m in his fourth attempt in the men’s javelin throw final and secured the second position.

A great accomplishment by one of our most distinguished athletes!

Congratulations to @Neeraj_chopra1 on winning a historic Silver medal at the #WorldChampionships. This is a special moment for Indian sports. Best wishes to Neeraj for his upcoming endeavours. https://t.co/odm49Nw6Bx

India is elated by the stupendous performance by Subedar @Neeraj_chopra1.

Congratulations to him on winning the Silver Medal at the #WorldAthleticsChampionships in Eugene, Oregon.

His hard work, grit and determination have yielded outstanding results. We are proud of him.

.@Neeraj_chopra1 has added another laurel to his name! India is very proud of you!

“Neeraj Chopra has created history again by winning a silver medal at World Athletics Championship in Oregon. He becomes the 1st man and the 2nd Indian to win a medal at the World Championships after longjumper Anju Bobby George’s bronze in 2003. Congratulations @Neeraj_chopra1,” tweeted Union Law and Justice Minister Kiren Rijiju.

The Olympic medallist started the proceedings with a foul throw, which was followed by 82.39m and 86.37m. It was finally in the fourth attempt when he recorded the distance of 88.13m, which put him in contention for the silver medal.

The last two attempts by Neeraj went foul throws, and thus, he ended up in the second position. The first position was held by defending champion Anderson Peters of Grenada, who recorded a distance of 90.54m.

Neeraj also became India’s first ever track and field athlete to take the silver medal in the World Championships, and second to bag a podium finish after the legendary long jumper Anju Bobby George had finished third in the Paris Worlds in 2003.

On the other hand, World Championships debutant Rohit Yadav finished at the 10th position after making attempts of 78.72m, 78.05m and 77.95m.

Related Topics:Neeraj Chopra
Up Next

Neeraj Chopra – In For The Long Haul