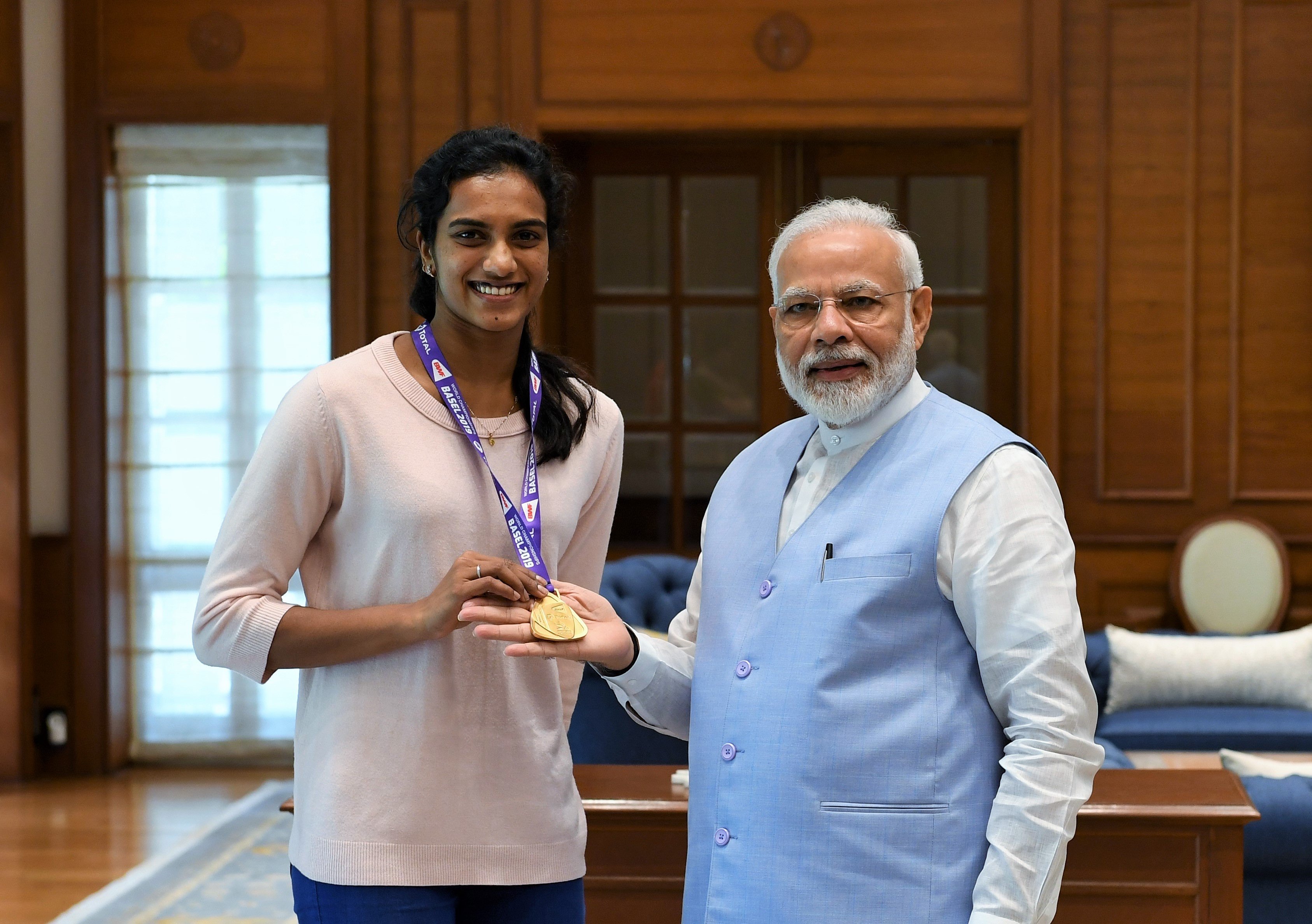 The Olympic silver-medallist, who out-played Japan’s Nozomi Okuhara 21-7 21-7 in a lop-sided final of the big event in Basel, Switzerland on Sunday, was mobbed at the airport after she touched down with national coach Pullela Gopichand by her side on Monday night here.

Despite the hectic schedule she has endured, the 24-year-old had a smile on her face as she acknowledged supporters and the media at the airport.

“I am really happy, I am very proud of my country. It’s a much-awaited win and I am very happy about it,” she said in response to questions that were thrown at her almost at the same time.

The Hyderabadi has had little time to reflect since her historic triumph. She has had a breakfast meeting with Sports Minister Kiren Rijiju and further, she met Prime Minister Narendra Modi on Tuesday in New Delhi.

Honoured @Pvsindhu1 who created history and made India proud by winning the World Badminton Championship for the first time! My best wishes to her in her pursuit to bring more glory to India🇮🇳 pic.twitter.com/2iwtfmlVIb

“I will work more hard and win many more medals,” she said on questions about the plans from now given that the Olympics is less than a year away.

Sindhu was also asked about the moment she got emotional after the medal distribution ceremony. The five-time world medallist had tears in her eyes when the national anthem played. She had claimed silvers in the past two editions, besides a couple of bronze medals earlier.

India’s pride, a champion who has brought home a Gold and lots of glory!

Happy to have met @Pvsindhu1. Congratulated her and wished her the very best for her future endeavours. pic.twitter.com/4WvwXuAPqr

“I had tears and there were a lot of emotions, it was a great moment for me. Thanks to all my fans for your blessings, your blessings have brought me here,” she said.

“I would like to thank my coaches Gopi sir and Kim (Ji Hyun). They have put in a lot of effort and done a few changes in my game,” she added.

Brace up for life without Dhoni: Ganguly to Indian cricket team