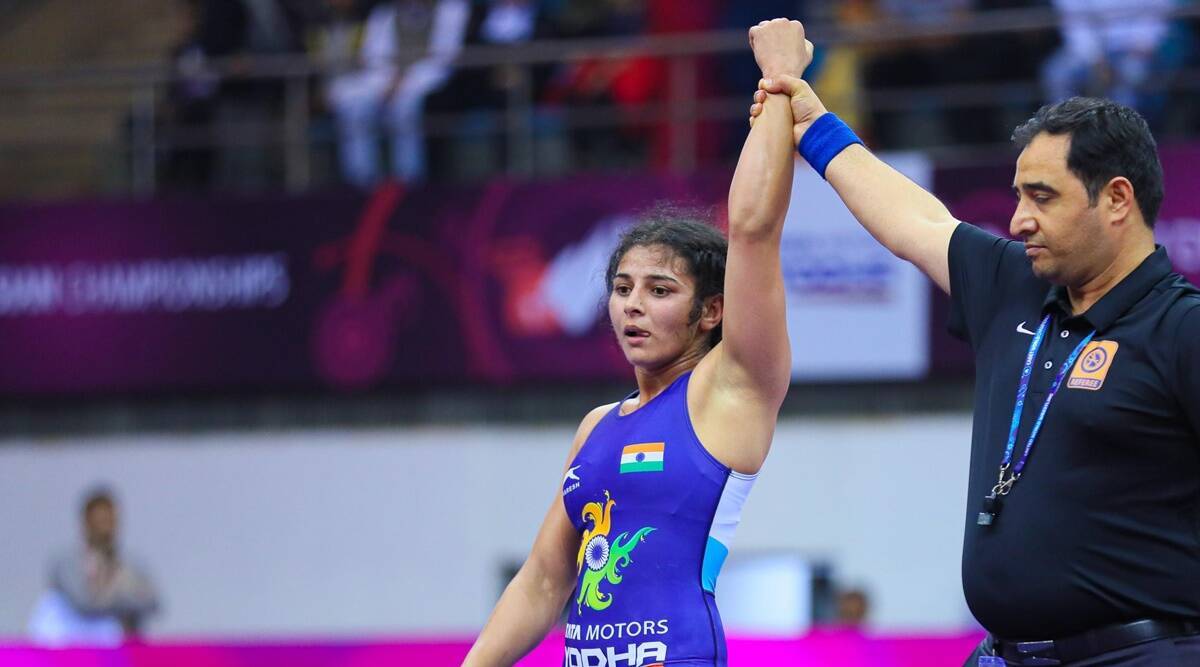 Sarita, the reigning Asian champion, had a tough opening bout against the 2019 World Champion from Canada but came out trumps with a tactical 8-2 win in the 59kg pre-quarterfinals.

Quick take-down move, followed by an expose together with some superb defence put Sarita 7-0 ahead by the time first period was over.

The only scoring point she conceded was a take-down move in the second period. She did not let Linda play her game, keeping her in lock positions.

Later, the quarterfinal against Germany’s Sandra Paruszewski turned out to be a tougher bout, in which the two wresters were largely restricted to standing fight which took a lot out of them.

There was only one point-scoring move, a take down effected by Sarita late in the match and that sealed the outcome.

She will now fight it out against reigning European champion from Bulgaria Bilyana Zhivkova Duodova for a place in a historic final.

In the 57kg, young Anshu Malik lived up to the expectations with confident victories. She was hardly troubled by Kazakhstan’s Nilufar Raimova, whom she beat by technical superiority and later outwitted Mongolia’s Davaachimeg Erkhembayar 5-1 in the quarterfinals.

In the 72kg, Divya Kakran stunned Kseniia Burakova with a ‘win by fall’ but lost by technical superiority to Japan’s Under-23 World champion Masako Furuich.

The 2020 Asian Champion Divya fought her heart out in both the bouts and wriggled out of difficult positions umpteen times but hurried moves and over aggression cost her the quarterfinal against the Japanese.

Ritu Malik (68kg) was blown away by Ukraine’s Anastasiia Lavrenchuk in the Qualification bout that lasted only 15 seconds. It seemed Ritu was carrying a knee injury.