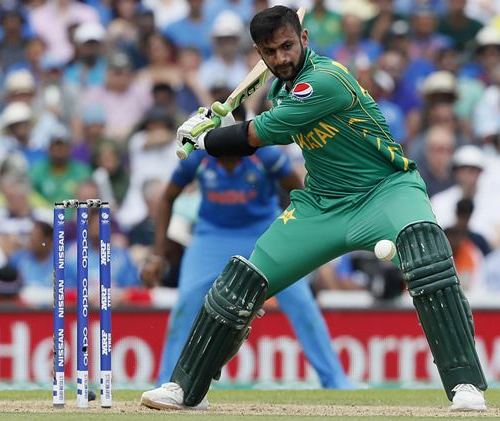 The two Asian neighbours have not played a full-series since 2007 due to political tensions between the two nations. They only play each other in ICC events and Asia Cup.

Recently, Malik”s former teammate and ace pacer Shoaib Akhtar had proposed a three-match ODI series between the two countries to raise funds for the fight against the COVID-19 pandemic in both the countries.

“I think the world badly needs this rivalry to resume, in the same way that world cricket needs the Ashes,” Malik told PakPassion.net in an interview.

“Could England and Australia imagine Test cricket without an Ashes series? Both series are played with the same kind of passion and have such a great history, so it is a shame that we don”t play right now.

“Also, I have Pakistani friends who love to talk about Indian cricketers with respect and admiration. Similarly, I and my Pakistan team-mates are given such love and support when we play in India so it is a rivalry that I would like to see return as soon as it is possible,” the 38-year old former captain added.

He also said Pakistan stands a good chance of winning the T20 World Cup which is slated to take place in Australia from October 18-November 15, although there are doubts over it amid the health crisis.

Malik has been named in the 29-member Pakistan squad for three Tests and as many T20Is against England to be played in August-September.

“Not only that, but our fielding has also developed and improved over the years, which is important on big grounds. Our fitness is much improved and better than it was in previous years, so overall, I think we will be right up there as a team that stands a very good chance of winning this tournament if it goes ahead,” he said.

Malik, who made his debut in 1999 and was part of Pakistan’s 2009 T20 World Cup triumph as well as 2017 ICC Champions Trophy win, said he is feeling fitter than even now and still has goals in mind. He added that after he calls time on his career, he would like to work in the media.

“At the moment I am as fit as I have ever been, I”m still very hungry to play cricket and have a few more goals that I would like to achieve before retiring. But when my cricket days do come to an end I would like to work in the media. Maybe have my own show and also do some commentary or studio work.”

Unfortunate that ‘role model’ Dravid is so under-rated as cricketer, captain: Gambhir