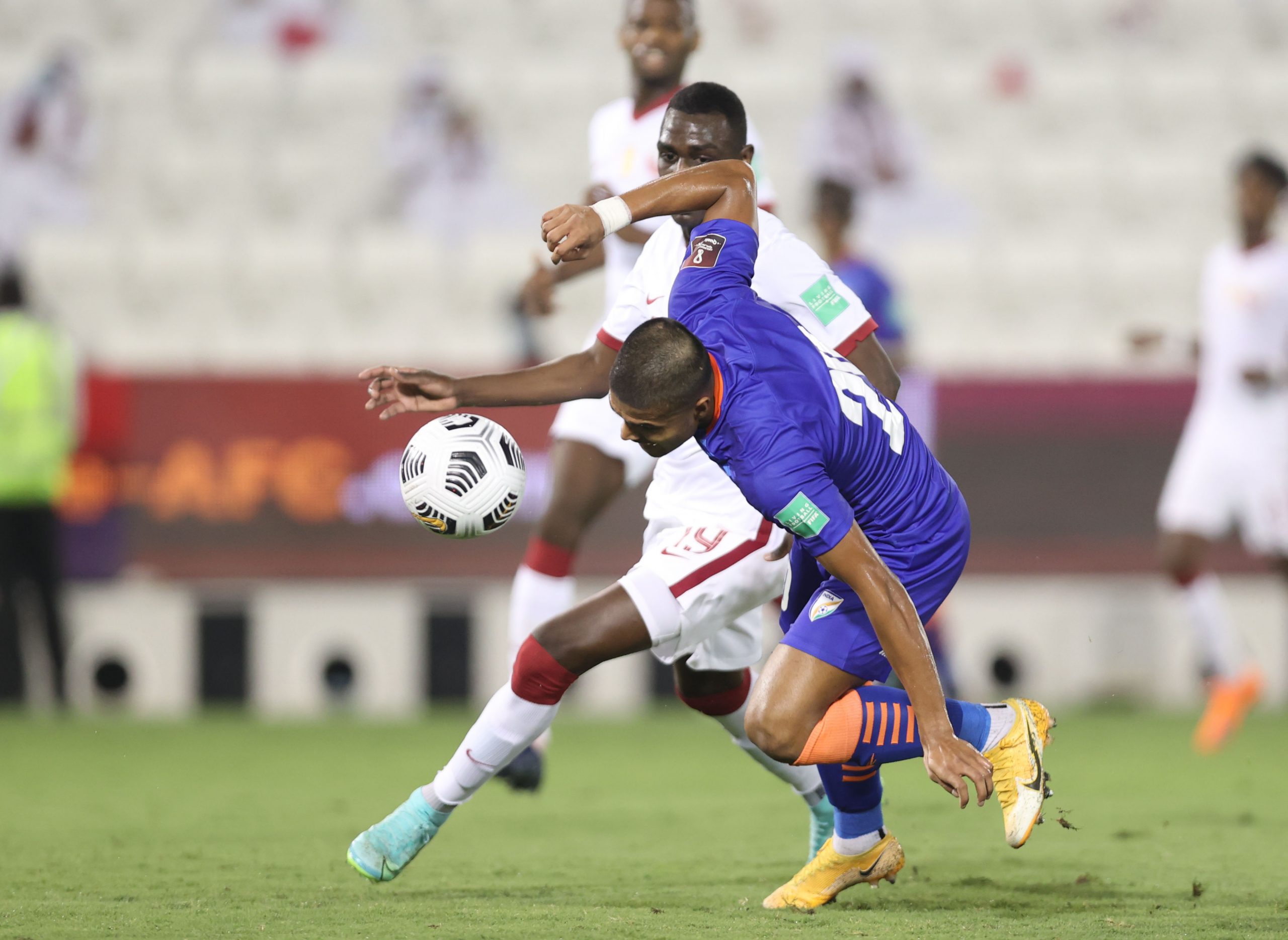 Doha: Ten-man India were beaten 0-1 by Qatar in a 2022 FIFA World Cup and 2023 AFC Asian Cup joint qualifier at the Jassim Bim Hamad Stadium on Thursday.

It was India’s third defeat in the campaign.

Defender Rahul Bheke was sent off in the 17th minute.

Abdel Aziz Hatem (33rd) put the hosts ahead and then continued to apply presure on India but failed to increase the margin.

Qatar extended their lead at the top with 19 points from seven matches.

Igor Stimac’s men next face Bangladesh on June 7 and Afghanistan on June 15 at the same venue.