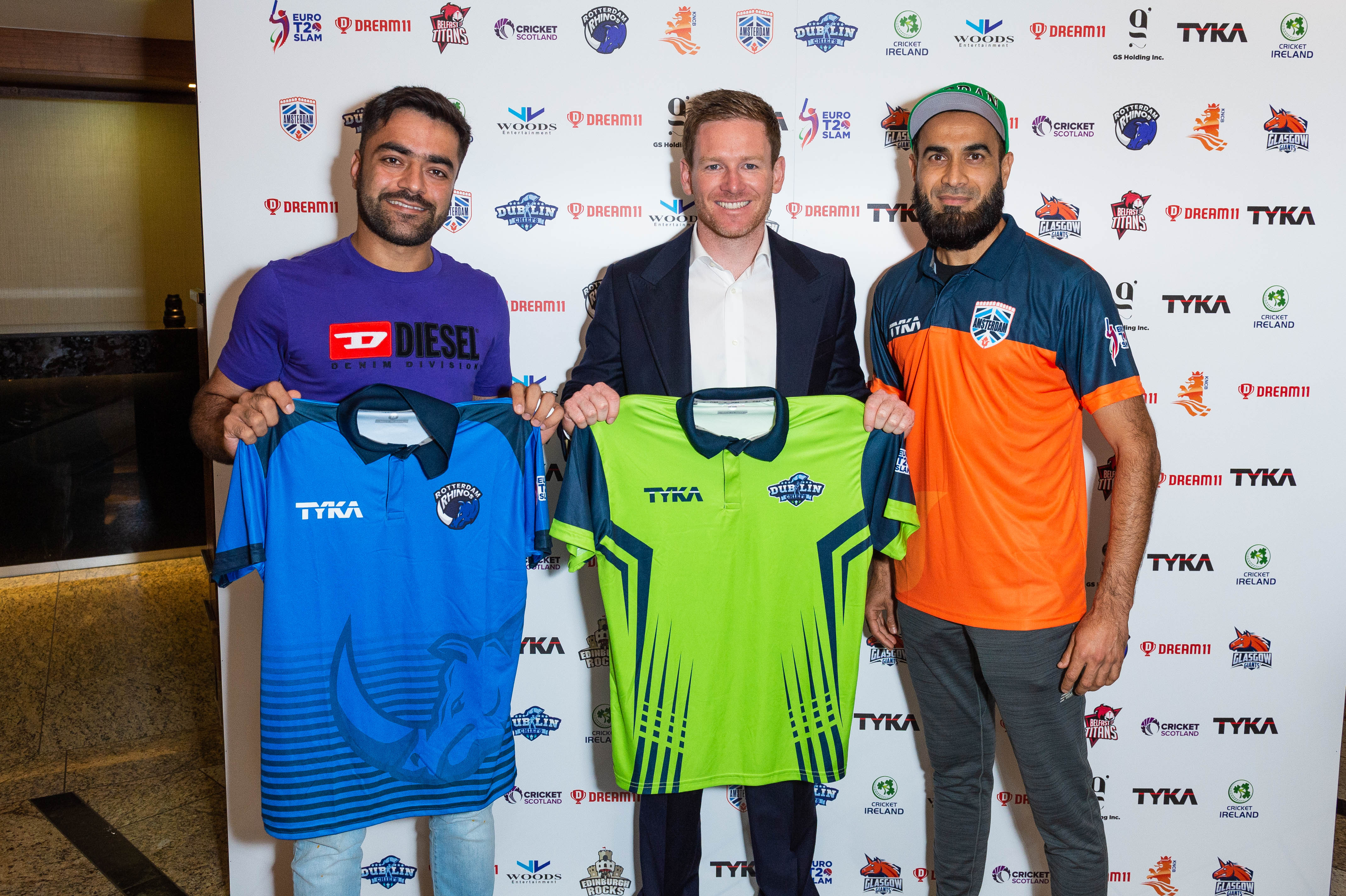 London: The Player Draft for the inaugural edition of the Euro T20 Slam took place during a gala ceremony at the Heathrow Airport here on Friday.

England’s ICC Cricket World Cup-winning captain Eoin Morgan joined a host of dignitaries and owners from each of the six franchises, including Indian great and one of the Board Members of league’s advisory committee Anil Kumble, Pakistan’s Babar Azam, Afghanistan leg-spin star Rashid Khan, England’s Tymal Mills and South African leg-spin star Imran Tahir, for the tournament which will take place in the Netherlands, Scotland and Ireland from August 30 to September 22.

Meanwhile, all six jerseys were unveiled on behalf of the official kit supplier TYKA, ahead of the draft.

It will be a homecoming of sorts for north Dubliner Morgan with the 32-year-old set to represent the Dublin Chiefs. Morgan, who recently became England’s most capped One-Day International (ODI) player during their historic march to the Cricket World Cup title, said that he was proud to be selected for the new franchise. 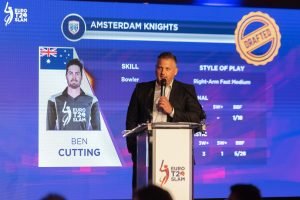 Eoin Morgan said: “I am proud and delighted to participate in the inaugural Euro T20 Slam. You only have to look at the calibre of international and local stars who have been selected to see that it’s going to be an electrifying tournament across three new T20 locations in northern Europe. There’s huge interest in the Euro T20 Slam and the teams are really taking shape. It’s going to be incredibly competitive and I can’t wait to get going.”

Imran Tahir, who has 63 wickets from 38 T20 Internationals and 173 wickets from 107 ODIs to his name till date, echoed Morgan’s comments and said that he was excited to embark on a new chapter in his career.

“There’s a real buzz around the Euro T20 Slam and I can’t wait to get started with Amsterdam Knights. I’ve been fortunate enough to play in numerous leagues throughout my career, but there’s something special about playing in a new competition. It’s clear how ambitious the organisers are to get the tournament started on a high note, and speaking to my teammates and opponents over the last few weeks, everyone’s incredibly excited to play in Amsterdam, Edinburgh and Dublin. It will be a new horizon for cricket in Europe and I’m relishing the chance to join my new teammates and get started,” Tahir commented. 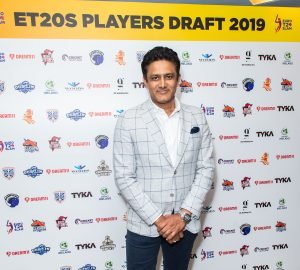 The coaches of the other franchises were also confirmed; Daniel Vettori has been named Head Coach of the Dublin Chiefs, while Lance Klusener will lead the Glasgow Giants coaching team. In all, 33 matches will take place in Amsterdam, Edinburgh and the finals due to take place in Dublin following the closing round of pool matches including semi-finals (September 20) and finals (September 22).

Anil Kumble added: “It’s exciting to be a part of the Euro T20 Slam as an advisor to the league. It is encouraging to see the growth of cricket worldwide, and am excited to witness teams from Netherlands, Ireland and Scotland competing against each other. It will be a great opportunity for local talent to rub shoulders with some of the best cricketing talent worldwide. I look forward to contributing towards making the inaugural Euro T20 Slam a grand success.” 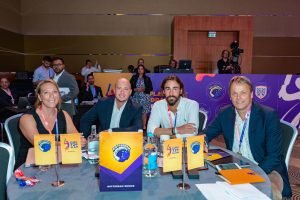