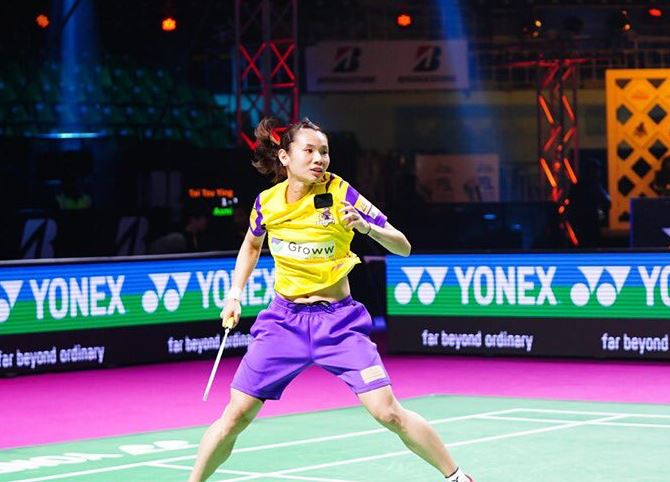 Tai-Tzu proved too good for the South Asian Games gold medallist as she won 15-7, 15-5 in the women’s singles after the holders were already leading 2-1.

Ashmita trailed 0-4 but the youngster rode on her aggression to bag some points, closing the gap but she could not maintain the intensity against a world class player.

In his fourth consecutive appearance at the league, Lee, who recently triumphed at the Malaysia Masters, could not find his champion form as the first match of the tie went in favour of the Raptors 15-8, 15-11.

Fresh from reaching the semi-finals of the Indonesia Masters, North Eastern Warriors’ Lee Cheuk Yiu showed remarkable resolve to eke out a tight first game and then sailed through the second to register a 15-14, 15-9 win over world championships bronze medallist Sai Praneeth.

The two had met only once before with the match finishing in favour of the Hong Kong shuttler. This time too it was no different with Lee refusing to give the Indian any opening in a performance that showed his determination and steely nerves.