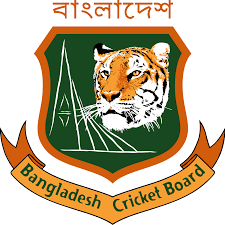 Dhaka: The Bangladesh Cricket Board has postponed the upcoming World XI versus Asia XI matches, which would have marked the birth centenary celebrations of father of the nation Sheikh Mujibur Rahman, owing to the novel coronavirus outbreak.

The matches were scheduled to be played on March 21 and 22 in Dhaka and were set to include international stars including Virat Kohli, Lasith Malinga and Chris Gayle.

“There’s no guarantee that those who are supposed to play will be able to arrive, or can leave after the matches,” ESPNCricinfo quoted BCB president Nazmul Hasan as saying.

“There are a lot of restrictions, so we have deferred both programmes. We will organise after a month taking stock of the situation. It is postponed for the time being,” he added.

He said that the matches have been “deferred” until further notice.

The board also decided to postpone the AR Rahman concert at the Shere Bangla National Stadium, which was to be a part of the celebrations.

Bangladesh are currently playing a T20I series against Zimbabwe.

The coronavirus or COVID-19 has led to either cancellation or postponement of many sporting events across the world.

Some fixtures are also being held behind closed doors due to the deadly coronavirus that has already claimed over 4000 lives while infecting more than 1 lakh people across the world.

IPL could be played behind closed doors due to coronavirus fears, indicates minister