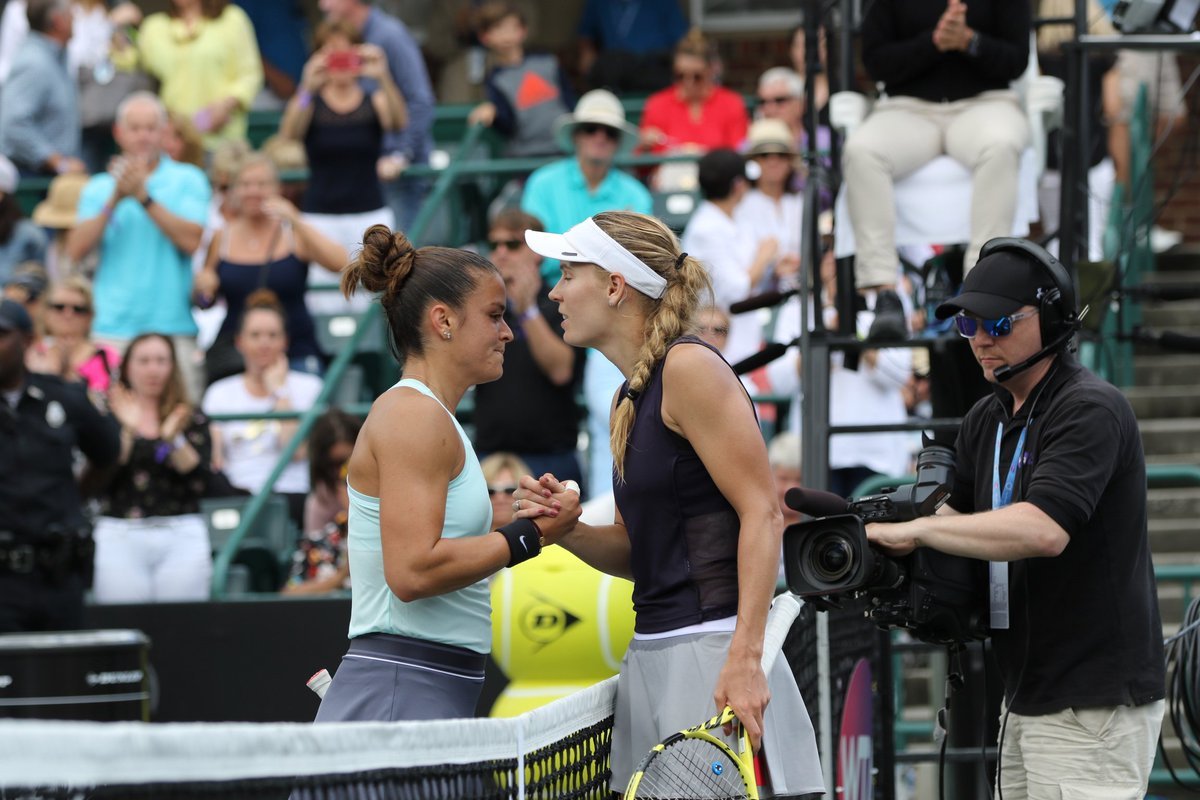 Charleston: Former World No.1 Caroline Wozniacki sailed into her first WTA semifinal of 2019, dismissing No.15 seed Maria Sakkari, 6-2, 6-2 at the Volvo Car Open.

“I think I’ve been here in this situation many times, and it’s all about just taking it match for match, just really no easy opponents at this point, and you just have to be out there and do your best and hope that that’s enough,” she said in her post-match press conference.

Wozniacki has struggled with illness and a recent rheumatoid arthritis diagnosis since the end of last season, but the Dane is sliding into her stride in Charleston, needing 93 minutes and a titanic final game to knock out the Greek star on Volvo Car Stadium.

“Before Indian Wells I only had a few days I was on the court. I went into Indian Wells basically having not trained for maybe two months since Australia. So I was just very happy to be able to play on a pretty high level, but I just ran out of steam, out of gas, and I needed like four days to recover after that.

“I just got myself ready on clay, and I’m feeling healthy, which is the main thing, and now it’s just all about enjoying being out there.”