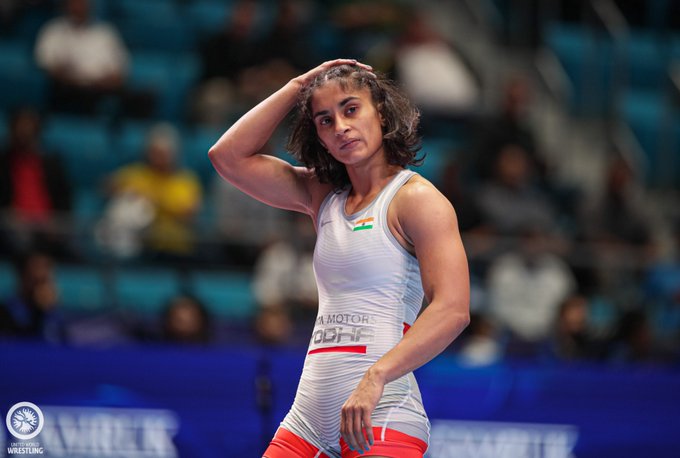 The 26-year-old Asian Games champion from Haryana trailed 6-8, but in the closing stages of the bout, she pinned her rival to emerge victorious.

This was Vinesh’s first international tournament of the year. The tournament attracted more than 500 wrestlers from across the globe.

Vinesh is one of the four Indian wrestlers to have qualified for the 2021 Olympic Games. Male wrestlers Bajrang Punia (65kg), Ravi Dahiya (57kg) and Deepak Punia (86kg) are the others.

Vinesh, a world bronze medallist, had been training in Hungary for a while to prepare for the Olympics that start on July 23 in Tokyo. For this reason, she skipped the wrestling nationals held in January in Agra.

The Wrestling Federation of India has named Vinesh in the national team for the upcoming World Ranking Series in Rome starting March 4.