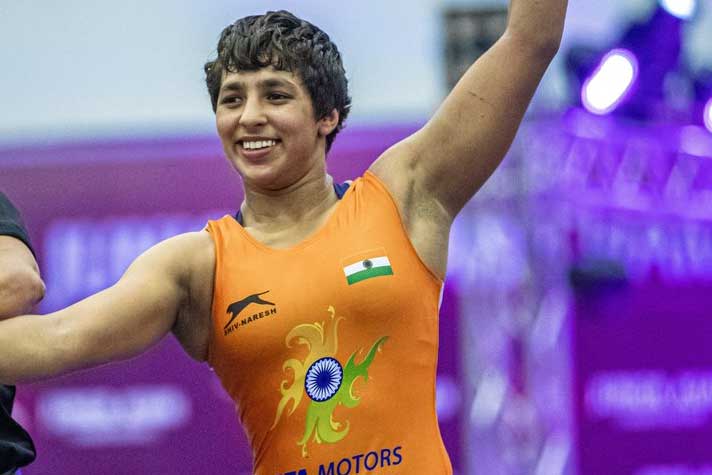 Almaty: Indian female wrestlers Anshu Malik and Sonam Malik on Saturday made the country proud as they booked spots for the upcoming Tokyo Olympics in the 57kg and 62kg category respectively.

In the ongoing Asian Olympic qualifiers being held in Almaty, Kazakhstan, the 19-year-old Anshu’s dominant display against Uzbekistan’s Akhmedova in the semi-final enabled her to seal a spot for the Olympics. She will play for gold in the final later on Saturday.

While another teenage grappler Sonam made a remarkable comeback from 0-6 down in the semi-final clash to beat home favourite Ayaulym Kassymova of Kazakhstan 9-6 to win a Tokyo 2020 berth. The 18-year-old became the third Indian female and sixth wrestler to win the Olympic quota for the country.