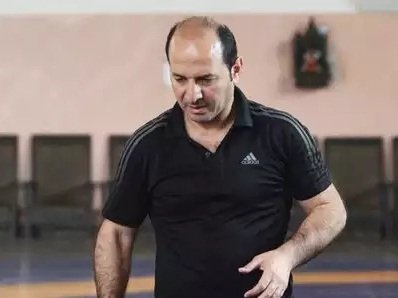 New Delhi: The Wrestling Federation of India (WFI) has sacked men’s freestyle coach Hossein Karimi just six months into his tenure, claiming that the Iranian brought with himself a VIP culture which cannot be followed in the country.

Karimi’s contract was to run till the Tokyo Olympics. The Iranian was handed his termination notice on Wednesday.

“He was following a VIP culture and it was increasingly becoming difficult to cope with his demands. We have intimated SAI about this. We are looking for a new coach,” WFI Assistant Secretary Vinod Tomar said.

Asked to elaborate on the issues that the WFI was facing while dealing with Karimi, Tomar explained that he could never develop a bond with either the coaches or the wrestlers.

“He always had one or other complaint or rather demand. He refused to stay at the Sports Authority of India (SAI) complex where the national camp is held, so we had to hire a flat near the SAI centre for him. We had to hire a car for him every time he had to travel in India.

“He always insisted on staying alone during tournaments while others shared rooms. Even at the World Championship in Nur-Sultan where two persons were to share the room as per the UWW instructions, he stayed alone. It was difficult to accept all his demands,” said Tomar.

Karimi was hired at a monthly salary of $3,500 but WFI said the expenses stood at $5,000 due to his additional demands. Another major concern for WFI was Karimi’s lack of camaraderie even with his wards.

“During the tournament, he would go onto the mat but refused to wipe the sweat of wrestlers which all the coaches do during the bouts. Even during training at the camp, because of the same reason, he did not teach techniques by example because he had a problem touching sweat-soaked wrestlers. It can’t work in India,” said Tomar.

Karimi on the other hand, said India did not offer a good system for the growth of the sport.

“They have cancelled my contract. In India, the system is not good. There are a lot of problems,” Karimi said but did not elaborate.

India recorded its best ever performance at the recent World Championship in Nur-Sultan, where the men’s freestyle wrestlers won four medals and three Olympic quotas.

It has been learnt that Karimi wanted to have his own programme in place at the national camp in Bahalgarh in Sonepat district but the country’s elite wrestlers trained on their own.

Deepak Punia and Ravi Dahiya, who won a silver and a bronze respectively in Nur Sultan, are a product of Delhi’s Chhatarsal stadium.

The WFI spoke to a few coaches from Uzbekistan and Russia during the World Championship and has asked some of the interested candidates to apply.

The national camp will begin from November 1 and the WFI is expecting to fill up the vacancy before that.