Wrestling for National Sports? Bajrang says why not 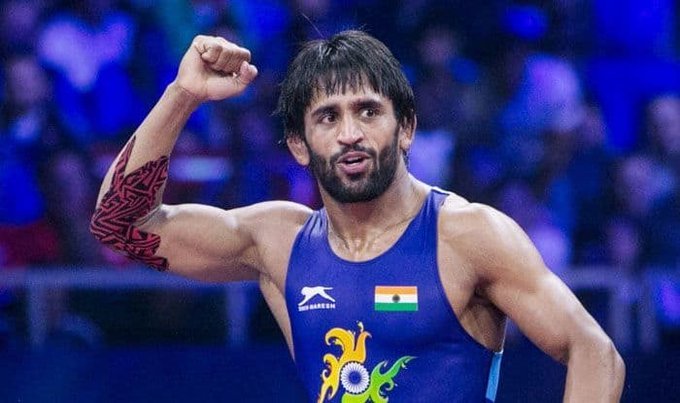 New Delhi: Three-time World Championship medallist Bajrang Punia on Tuesday called for wrestling to be made the national sport, insisting that Indian grapplers have consistently won medals in big-ticket events.

“I too feel wrestling should be made the national sport as it is one sport which has consistently won medals in the World Championships and Olympics,” said Bajrang during the program organised by the Sports Ministry.

Bajrang clinched a bronze medal in just-concluded World Championships in Nur-Sultan, Kazakhstan to add to his silver (2018 Budapest) and bronze (2013 Budapest) he had won earlier.

“But to declare some sport as a national sport…it is a matter which is very emotional and critical. So as a Sports Minister, I shouldn’t be making announcement or judgement on the basis of any demand. I am not going to discuss this issue and generate unnecessary controversy.”

The Sports Minister also hoped that wrestling will produce maximum number of medals at next year’s Tokyo Olympics.

“The 2020 Tokyo Olympics is going to be a watershed moment and along with other disciplines our wrestling team will be one of the major force in Tokyo. I am happy with the management of wrestling, the efforts of the coaches and entire technical support staff,” Rijiju said.

“India have the capability to win many medals at Tokyo.”

WFI President Sharan, who was also present at the program, promised that wrestlers will produce a much-better performance in Tokyo.

“India had won two medals at Rio and one of them was in wrestling. I promise that our wrestlers will double that medal at Tokyo.”