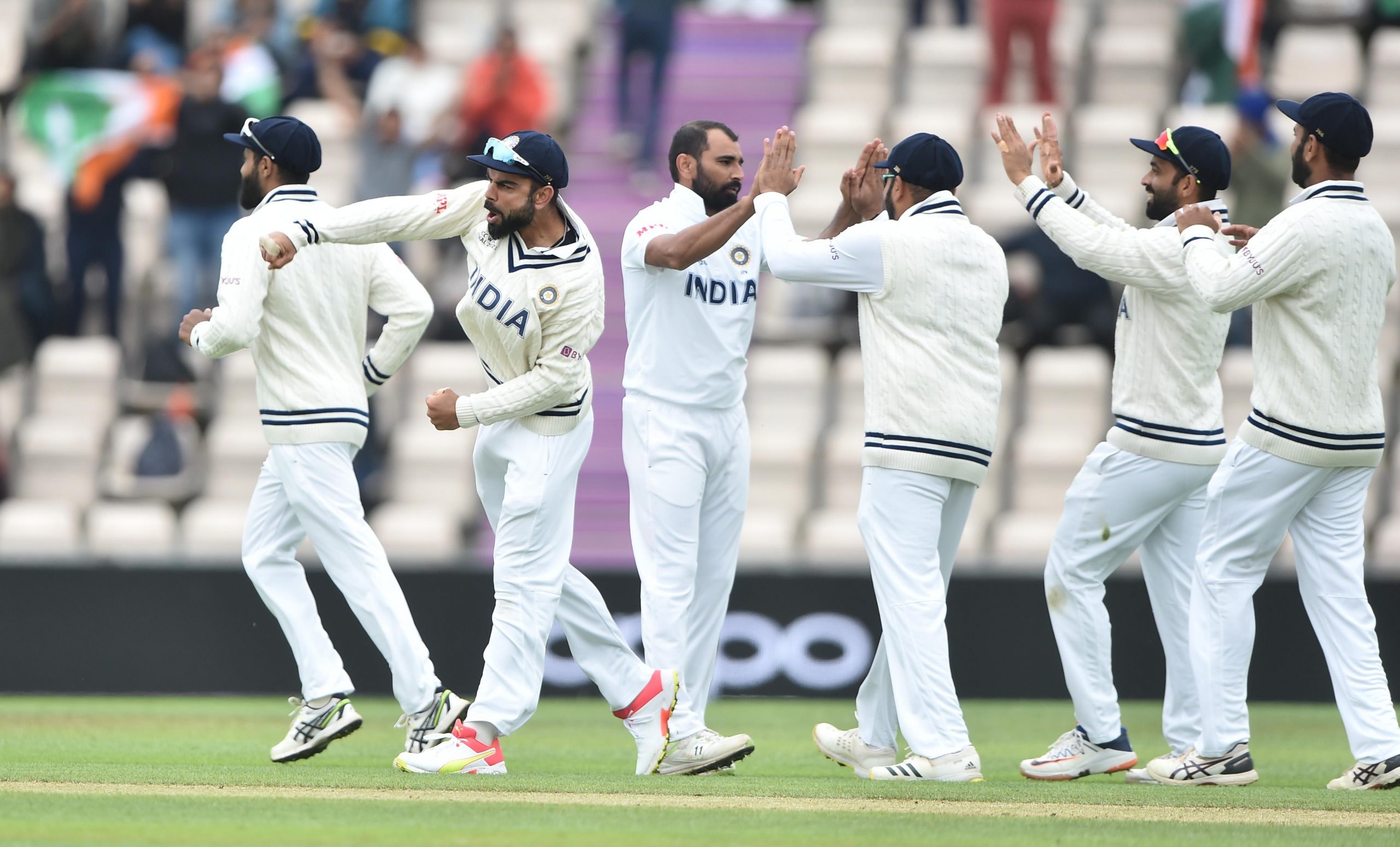 Southampton: India finished Day 5 at 64/2 in their second innings, leading by 32 runs over New Zealand at stumps on Day 5 of the WTC Final on Tuesday.

Virat Kohli and Cheteshwar Pujara was at the crease while Tim Southee took both wickets to fall in the second innings.

New Zealand could eke out only a 32-run lead in the first innings as India, powered by pacer Mohammed Shami’s four-wicket haul (4/76), dismissed the Kiwis for 249 on the fifth day of the rain-hit World Test Championship final here on Tuesday.

New Zealand, who began the day strongly placed at 101 for two, were reduced to 135 for five in 72 overs at lunch as Shami removed Ross Taylor (11) and BJ Watling (1) before Ishant Sharma got rid of Henry Nicholls (7).

Colin de Grandhomme (13) fell in the second session but the last four wickets added 87 runs to take the team to the eventual score. Skipper Kane Williamson grinded hard for his 49 (177 balls) before edging to slips off Ishant as the eighth wicket.

India had made 217 in their first innings.

A fine first session for @imVkohli and Co. 👍 👍

Stay tuned for the second session of the day.

The fifth day’s play of the World Test Championship final here at the Hampshire Bowl started after an hour-long delay due to rain.

Pace bowler Jasprit Bumrah bowled the first over of the day. It was also the first over in over 40 hours as the entire fourth day’s play was washed out.

Besides the fourth day, the first day was also washed out. The second and the third days were affected by bad light.

ICC must formulate to pick WTC final winner in case of draw: Gavaskar